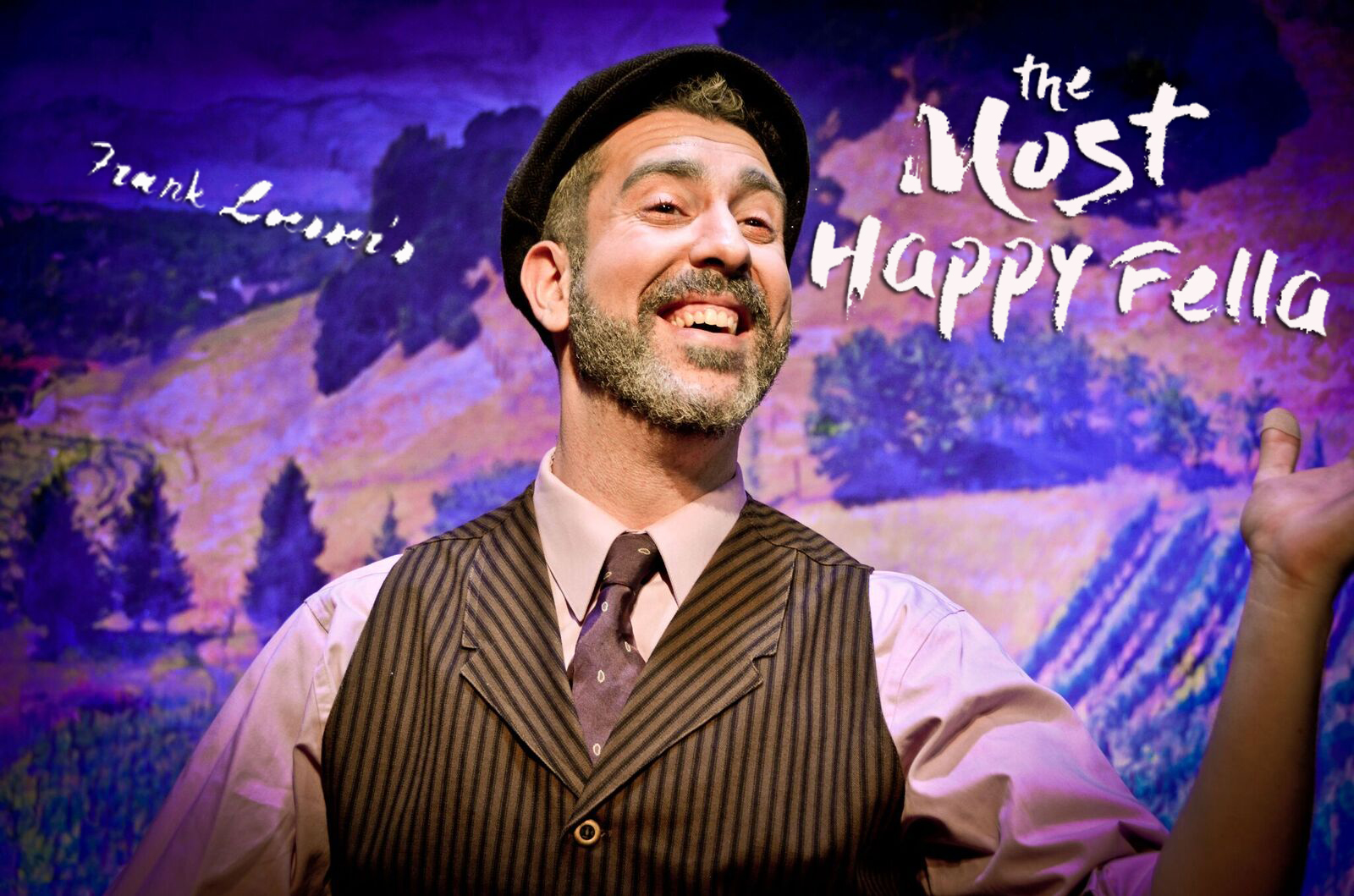 ‘The Most Happy Fella,’ the 1956 musical with music and lyrics by Frank Loesser – who also wrote ‘Guys and Dolls’ and ‘How to Succeed in Business Without Really Trying’ – is a quintessential 1950s musical. Big in heart and sweeping in its innocence, ‘Happy Fella’ is truly a musical from another time, an era when social strife, inequality, and other social ills never quite found their way onto the Broadway stage, and everyone lived happily ever after. Which is not to say, of course, that Theo Ubique’s wonderful staging of ‘Happy Fella’ is hampered by those qualities. No: In this era of social strife, inequality, and considerable social ills, the unfettered positivity of ‘Happy Fella’ is just what the doctor ordered.

Set in California’s Napa Valley, ‘Happy Fella’ follows the efforts of lovesick, hapless Tony (the supremely charming William Roberts), a middle-aged Italian immigrant who, despite being a successful (and well liked) farmer, yearns to fall in love and marry. After dining at a restaurant in San Francisco, Tony leaves a tie pin and note for his waitress, the pretty (and much younger) Rosabella (played by the likable, sympathetic Molly Hernandez). They strike up a correspondence, but when the time comes to exchange photographs, the older Tony, in fear of alienating his fledgling love, instead sends a picture of Joe, his very handsome foreman (played by very promising newcomer Ken Singleton).

And thus the plot of ‘Happy Fella’ goes in motion, though admittedly, Loesser’s book is light on actual plotting. Rosabella, for instance, disappears through a huge chunk of the show’s first act, and after Rosabella finally arrives at the farm to meet her new love – and initially falls for Joe, not her middle-aged suitor – the plot detail receives little attention, as Joe himself fades into the background for the show’s second and third acts.

But it seems unfair to be nitpicky with the plot when Loesser’s songs are so universally strong, and not just in the conventional Broadway sense. Sure, “Standing on the Corner,” “The Big D,” and “How Beautiful the Days” are firmly within the show tune tradition, but the strongest musical moments of ‘Happy Fella’ are when Loesser broadens his scope to include the harmonies and rhythms of Italian music. In addition to the Tony character, many of the farm-hands and side characters are Italian, and from “Abbondanza,” to “Sposalizio,” to my favorite, “Benvenuta,” Loesser writes soaring songs that Theo Ubique’s stellar cast – in those songs, Erik Dohner, Roy Brown, and Jonathan Wilson – sings with aplomb.

And about the cast: there is not a weak voice among the large ensemble. From Courtney Jones, who as Cleo (Rosabella’s best friend) brings a wry spunk to her songs, to Joe Giovannetti, who is instantly likable as the sunny Herman, to Roberts, who powerful, operatic voice adds a whole new level of sympathy to Tony.

Similarly impressive is Fred Anzevino’s direction and Jeremy Ramey’s musical direction. The No Exit Cafe, which is where the show is performed, is not a large space, but Anzevino and Ramey use the space effectively, and incorporate dancing and choreography in a manner that never feels forced or awkward.

All photos by Adam Veness