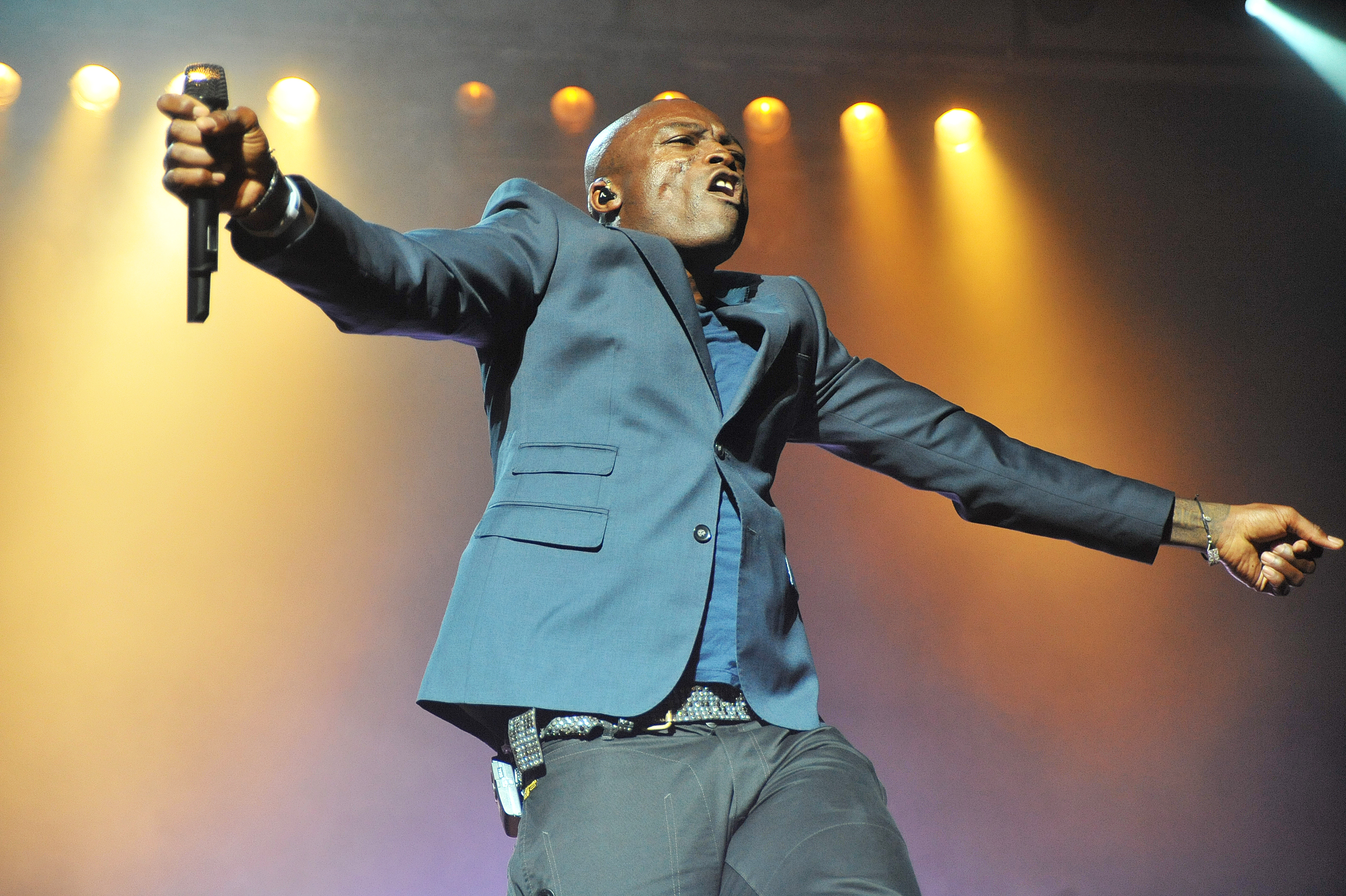 I’m not going to write you a history lesson.

I’m not going to write you a review filled with information you could simply Google.

What I will write is the story of a music industry veteran who woke up Ravinia last night, bringing the oft-sedate, wine-drinking, picnic-table-toting concertgoers to life, delighting longtime Seal fans and converting unfamiliar Ravina subscribers into new ones.

The scene at Ravinia was business as usual, at first. If you haven’t been, the skinny on Ravinia (the Ra-skinny-a?) is that you’re generally not just going for a concert; rather, you’re going for an experience. The experience is that of a pre-performance picnic on a sprawling, tree-lined lawn, sipping wine or any beverage of your choosing (it’s BYOB – yes, please), eating food that you’ve carefully packed into smartly appointed picnic baskets (or, like this reviewer, crammed into an Igloo cooler).

At just a few minutes after 7, two musicians entered the stage and a strong beat began. Seal’s voice entered the pavilion before he did – that unmistakable voice, smooth, marked by a bit of rasp and more than a bit of power. Once the crowd got over its initial shock that the song being performed was not, in fact, “Kiss from a Rose,” people rose to their feet, slowly shedding their self-consciousness to move and dance to “Killer” from Seal’s debut album. By the time he began his second song, “Let Yourself,” the crowd was fully engaged in this upbeat, energetic performance.

After the first three songs (rounded out by “Daylight Saving”), the music grew quiet, and Seal addressed his audience for the first time. After an emotional performance of “Do You Ever,” Seal walked down the stage’s stairs and into his audience, speaking directly to several fans. He shared a bit about his experiences in Chicago, and finished his crowd-chat by saying that “we’ve turned this into a conversation, which is how I like it.” And turn it into a conversation he had: while sometimes, these audience interactions spur idle chatter among audience members as they anxiously wait for the music to begin again, Seal’s engaging storytelling and heartfelt comments had clearly captured the crowd’s attention. Before beginning his next song, Seal said that he wanted to “dedicate this song to people who have suffered loss all around the world.” He then began “Prayer for the Dying,” which stood in noticeable contrast to the concert’s dance-y, exuberant opening. But while the dancing ceased, the audience’s energy and engagement didn’t; in fact, the crowd seemed more interested than ever. The middle portion of the concert featured some of these more heartfelt, music-centric performances, and through them all, the audience’s enjoyment and interest seemed only to increase – particularly when Seal picked up a guitar and, sweating, quipped, “why didn’t you tell me I was wearing a jacket?” before shedding his blazer and beginning to play.

The show continued to get more personal; more intimate. Of definite note was Seal’s cover of “Space Oddity,” which was prefaced by his quiet comment that “it’s been quite a year. Do you know what I mean by that?” and punctuated by many crowd members again rising to their feet in an emotional and appreciative display of this simple, true-to-the-original cover. Other memorable covers included a much-better-than-the-original (in this non-Hall-and-Oates-fan’s humble opinion) rendition of “Sara Smile” and a solid cover of Tears for Fears’ “Mad World.” Through the show’s quieter moments, it was almost as if the crowd had forgotten about the show’s dance and beat-heavy moments, instead reveling in the sensation that we were all seated not in the pavilion or on the lawn, but rather at the stage’s edge, hushed and happy participants in that “conversation” Seal had begun with us.

The energy built once again as the main set concluded with “My Vision” and a rendition of “Le Freak,” during which Seal backed away, waving a fake, pre-encore goodbye. A few audience members began to file out, still wondering what happened to “Kiss from a Rose” and clearly forgetting that nobody, but nobody, leaves without an encore. And quite an encore it was: four songs, including, yes, “Kiss from a Rose,”(met with a collective sigh of relief from those who knew only that song) but also featuring Prince’s “Hot Thing,” as well as “Life on the Dance Floor” and “Crazy.” During “Life on the Dance Floor,” Seal came back into the audience – and I mean all the way in – in fact, about four feet away from me – and stood on a chair, dancing with his fans. The crowd went crazy: these oft-subdued Ravinia regulars (mainly women, but a few sheepishly excited men pushed their way into the thick of it, as well) left their seats, dancing like crazy, rhythm and coordination be damned. It was a fabulous moment: the climax of Seal’s musical “conversation.”

Seal put on quite a show at Ravinia Festival last night with a set designed to reimagine his best-known hits while also opening the eyes of the unfamiliar to his sometimes upbeat, frequently emotional, and always passionate music.

For more on Seal including the current tour, click here