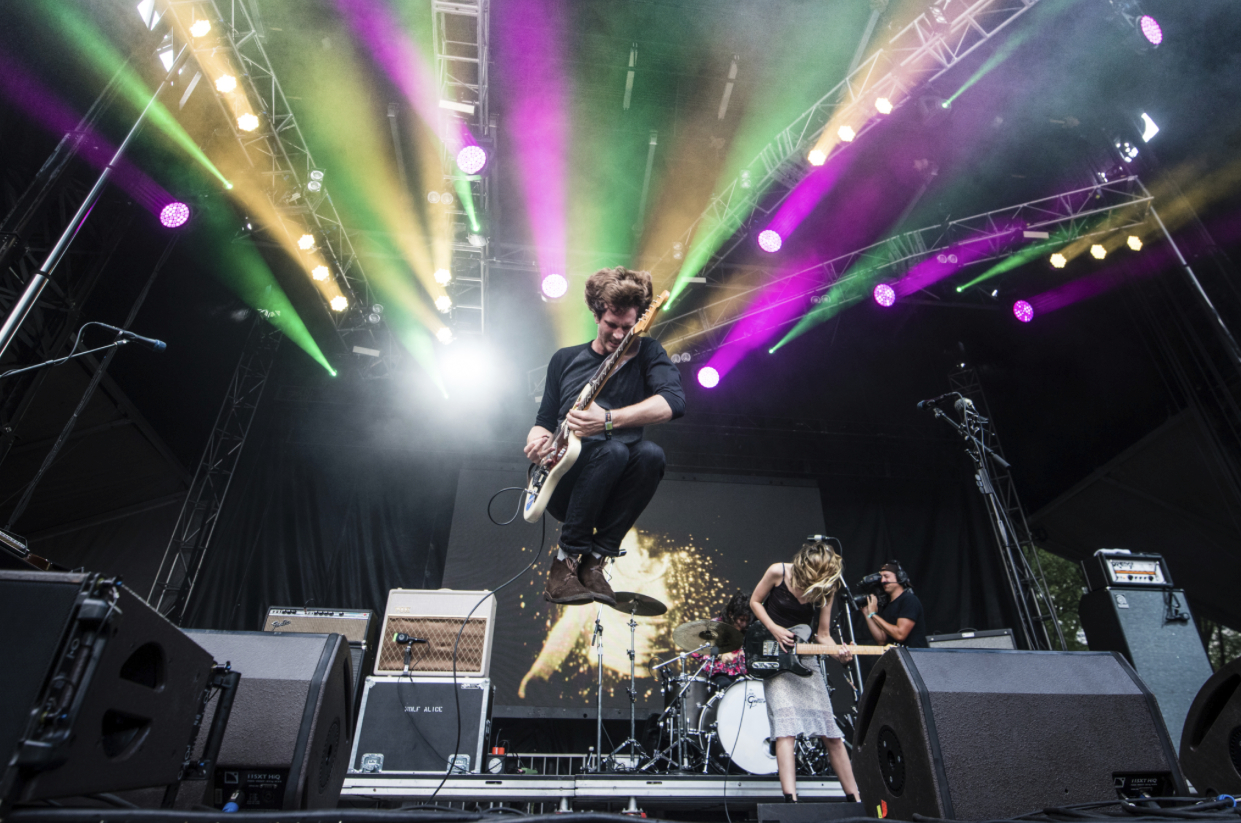 Wolf Alice played Lollapalooza 2016 and made and completely dominated the Pepsi side stage. Bassist, Theo Ellis, made a surprise announcement to their fans during the middle of their performance. He shouted out to the crowd thanks, and that this would be the bands last tour in the United State for a while. They were going home, London, to work on a new album. No other news was given on a time frame or new release material, but fans seemed a little stunned and sadden by the news.

Wolf Alice have played Chicago for several years now. Starting small in clubs like Subterranean, moving up to Lincoln Hall and Metro and of course playing one of the stages at Lollapalooza. They seem to be in town every eight months to year since about 2012, but this announcement sounds like it might be a bit longer.

Each time they come through town the band seems tighter and better than before. It’s been great seeing their progression. Hair length gets longer, fashion changes slightly, but instruments/gear, skills and crowd interactions get noticeably greater.

This time at Lollapalooza 25, Lead singer/guitarist Ellie Rowsell’s voice is noticeably stronger. Her crowd interactions not as timid as she asks “Are you ready for a sad one now?” before starting “Blush” or laughing at herself as her voice cracks and she asks someone else to sing for her. She even jumps into the front row and crowd surfs during “Moaning Lisa Smile”. Her trading back and fourth riffs with Oddie are equally as smooth.

Joel Amey has gotten tighter on the drums than ever before, as well as amassed an incredible amount of hair in a short period of time. Theo Ellis bass playing has always been good as well as his fan interactions, but he too seems to have really let loose on this performance talking, grooving and jesters. He asks the crowd, “Chicago, who wants to bounce with us?” promoting fans old and young to groove to, “Fluffy”. Lastly, but certainly not least is Joff Oddie. He whipped around on stage like a madman, smashing his guitar on the ground and amps, all while keeping time. Reaching for effect pedal sounds, he rips through fan favorites like, “Your A Germ”, “Bros” and “Giant Peach” with ease.

It was a real treat seeing Wolf Alice at Lollapalooza. This was the strongest set I’ve personally ever seen them perform live. It’s a shame to see them go away for however long this hiatus takes, but the up side of it will be new music. And that’s not a bad trade off.

(above photos courtesy of Lollapalooza)