Not Your Usual Monkees. A Review Of The Mike And Micky Show At Copernicus Center 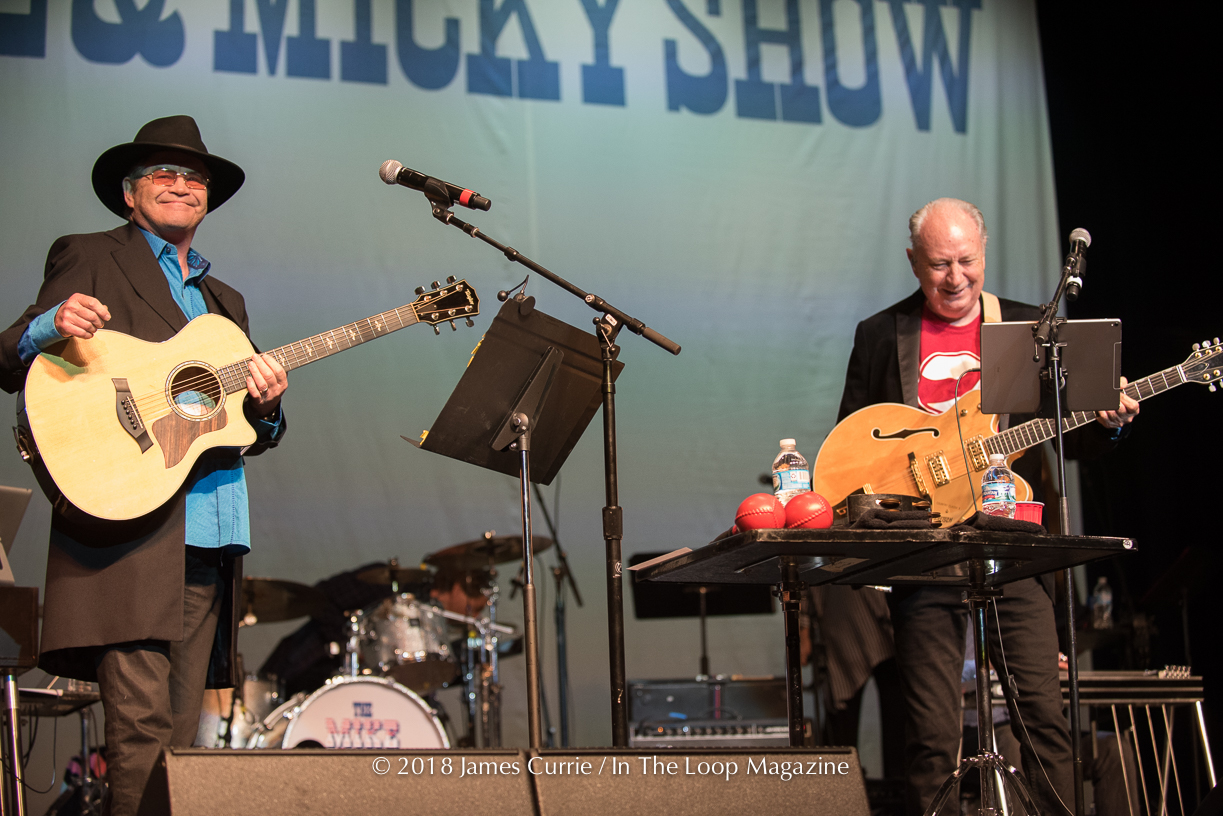 After seeing Peter and Mickey tour for the Monkees’ 50th anniversary last year, I immediately jumped on the chance to see the new Mike and Mickey Show. Aside from the 2016 appearance of Mike (Nez) Nesmith, Mike has taken long breaks from touring with the Monkess, and even announced in 2016 that he would retire from the Monkees to focus on his original project: First National Band. Growing up watching the TV show, I was certain I would never see Nez perform the songs I love so much.

The Monkees Present: The Mike and Mickey show is not your usual Monkees show- missing original member Peter Tork from guitar and bass. The show is clearly absent of any songs sung by Pete, and the only Davey song performed was Daydream Believer. The show overall is lacking the usual humor you’d expect from any other Monkees show, and focusing on a fantastic musical journey of the two alternating lead vocals throughout the night. Mickey even opted out of playing any drums for the sho

Mike walked out at the start of the show with the signature 12 string Gretch electric guitar and  kicked off the night with “Good Clean Fun”- a fitting, but unusual selection. Good Clean Fun was from the Monkees Present- the album that didn’t feature Peter Tork.  The song finishes with the lines:

“Well the plane is finally down

And the engines stopped their sound

And I look in the crowd and there you stand

And the gap that once was time

Is forever closed behind

I told you I’d come back and here I am.”

Clearly Nez is back, and he’s enjoying every minute of the show.

Set 1’s highlight definately would be the 3 songs done off the soundtrack to “Head”, The Monkees full length cult classic. Mickey’s ability to hit the higher range notes in the Porpoise Song (Theme From Head) were beyond impressive.

Set 2 started with Mickey and Mike seated playing alternate arrangements of popular Monkees tunes. This tour, Mickey opted out of using the timpani (or wearing the famous poncho), and instead told the crowd that the version played at this show was how he originally wrote it. Set 2 also included Nine TImes Blue, a Nez song from the First National Band (his other musical project).

Encore song Listen To the Band would beging with Nez onstage with his acoustic, singing a downtempo verse- then kicking in to the full version I was hoping for. The show would end with Mickey singing I’m a Believer.

For more info on The Monkees, The Mike and Micky Show Tour and latest record, click here

Setlist: The Monkees Present: The Mike And Micky Show At Copernicus Center June 14, 2018

The Door into Summer

(I’m not your) Steppin’ Stone

You May be the One

Some of Shelly’s Blues

The Girl I knew Somewhere

Birth of an Accidental Hipster

As We Go Along

What Am I Doin’ Hangin’ ‘Round?

Listen to the Band

Interview: Faris Badwan of The Horrors On The Bands Sound, Songwriting and Touring The Monkees Present: The Mike and Micky Show @ Copernicus Center