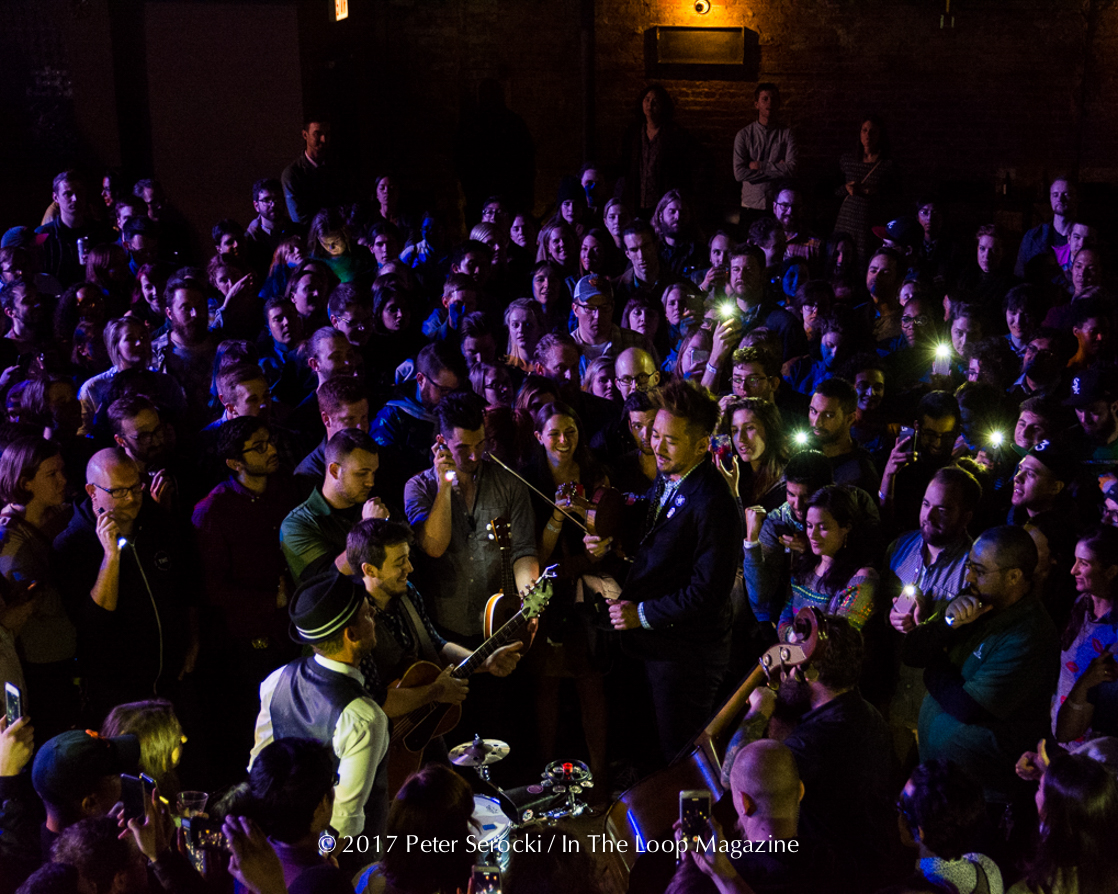 Back in Chicago after 6 months, still touring off of his latest studio album “Sonderlust” released in September 2016, Kishi Bashi rocked Thalia Hall this past Tuesday. This was my first time seeing him live and it won’t be last. The experience was electrifying, fun, loud, the whole room was alive. There is something infectious about good live performance, you don’t want to sit and listen, you want to be a part of the show, get up and move, get blinded by the lights and feel the music.

This was one of those shows, to top it all off the last two songs Kishi and his band played in the middle of the floor surrounded by fans, lighting the instruments with their cell phone flashlights. Safe to say that doesn’t happen often with other bands.

Keep an eye on Kishi Bashi and don’t miss his next show.

For photos from the show at Thalia Hall in Chicago, click here