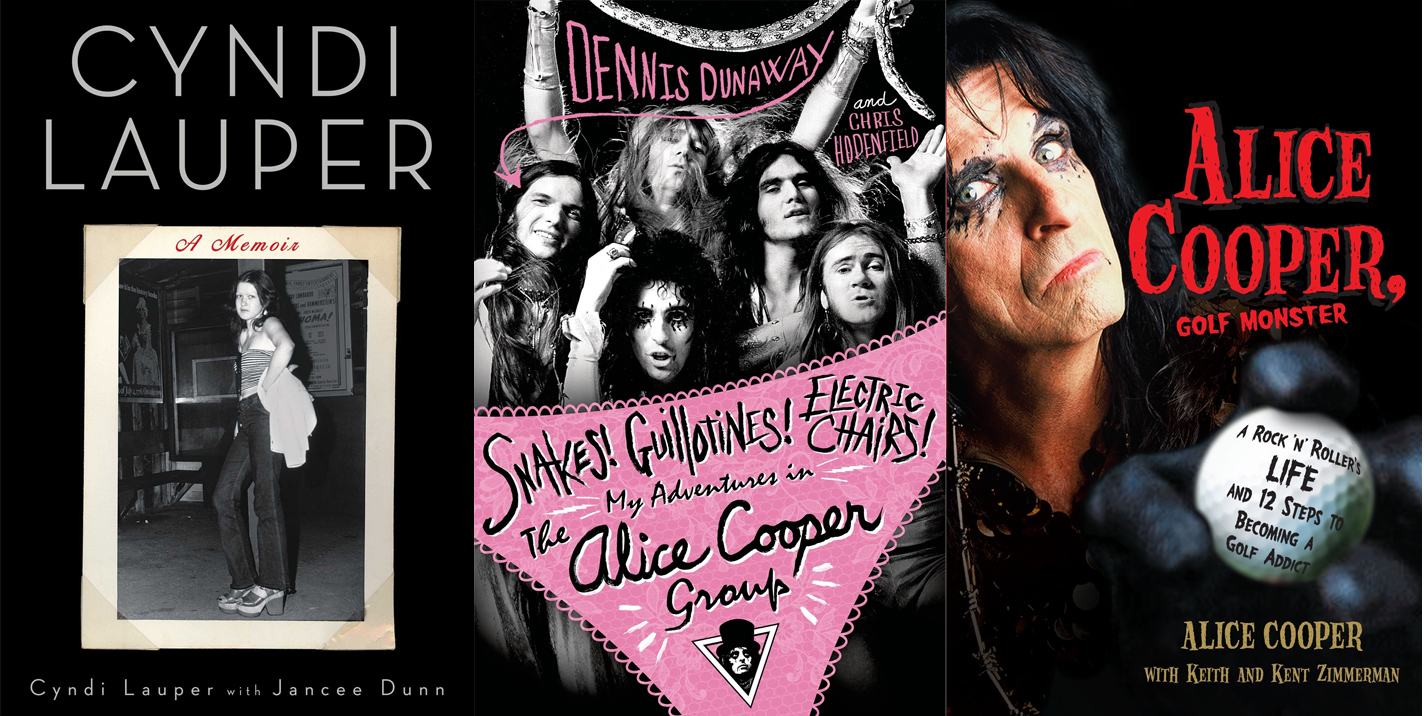 Yet another saga about a girl from New York with a killer voice conquering the world, but this time the difference is in the telling. Lauper seemingly became an overnight sensation when the video for her remake/remodeled version of Robert Hazard’s “Girls Just Want to Have Fun,” hit MTV. Many assumed Lauper was as dizzy as she looked until they got a listen to her solo debut, She’s So Unusual [1984, Portrait Records] which ended up spawning four top ten singles while selling a hearty 16 million copies. That she gave Prince [with Purple Rain], Bruce Springsteen [Born in the USA], and left field comeback Tina Turner [Private Dancer] a heated run for the top spot on the album charts during the summer of 1984 was no mean feat.

Still, that’s only a part of the story. Lauper recounts growing up in an unsteady household, getting bullied at school, running away from home and landing in a band called Blue Angel before getting her big break. Despite appearances, she made a splash for feminism by embracing individuality and humor [think of the video for “She Bop”] and unwittingly became an icon while shocking the world with her talent [one fan, Miles Davis recorded her “Time after Time”]. The book really comes alive when Lauper talks about the pressures that CBS Records and the public heaped on her to duplicate the success of her debut, the troublesome dynamic of the recording industry in and of itself, a steadily shrinking audience, a not so hot foray into films, and a return to glory through some unexpected detours [her Blues album, Memphis Blues (2010, Mercer Street Records), her Emmy winning turn on Mad About You, and her Tony winning score for Kinky Boots]. On top of that was her activism for youth homelessness, people with disabilities and LGBTQ rights, her becoming a mother, her induction into the Songwriters Hall of Fame, her winning innumerable awards for music and composing, and even having Mattel release a special Cyndi Lauper ‘Barbie Doll.’ A Memoir is something of a fizzy delight with tons of charm.

A one-two punch on rock and roll’s favorite ghoul. Dunaway was the bassist in the original Alice Cooper Group  [which also included Neal Smith on drums, Glen Buxton on lead guitar, and Michael Bruce on rhythm guitar], but his telling of this familiar tale is unlike Bob Greene’s Billion Dollar Baby [1975, Atheneum Press] in that he is much more even handed and an offers account which is largely non-acidic. Dunaway recounts how he and a bunch of Arizona high school friends lit out for L.A., fell into the clutches of one Frank Zappa, and after gaining a reputation as the worst band in town, suddenly re-established themselves as game changing satirists. The book details how the group invented a distinctive brand of rock [glam-shock rock], introduced props and a touch of mayhem [boa constrictors, baby dolls, dancing teeth, and guillotines], and a good-natured dark hilarity to arena rock but with a major difference. Snakes!, unlike Greene’s version is a fresh take on the dynamics of the band, the details on the makings of Cooper’s classic albums [Killer-1971, School’s Out-1972, and Billion Dollar Babies-1973, all on Warner Brothers Records], the slow disintegration of Buxton, the soul sucking quagmire of the recording industry, the tepid response to the band’s swan song [Muscle of Love-1974, Warner Brothers], the breakup of the band, and what happened after the dust had cleared. Despite reported bad blood between the parties involved, he real kicker of the book is that Cooper, Dunaway, and the surviving members are now the best of friends.

A fun, articulate retelling of a legend but from a different viewpoint with a surprising amount of candor. Cooper’s version of events is colored by his experiences as an addict and a born-again Christian, but this is hardly a prolonged commercial for self-help or Bible study. Exactly one half of the book covers Cooper’s love for the game of golf, while the other tells how a professional fiend who made bloodletting, murder, rape, and hooliganism family entertainment and ended up on The Muppets’ Show[among others]. To be fair I breezed through the golf sections, but the other half is a fascinating story about dealing with personal demons and the largely unsympathetic recording industry. Parts of the book are incredibly funny [Cooper and his high school bandmates navigating through early 1970s L.A., the outrage expressed at his music and performances by the conservative Right in the U.S. and Europe], dark [Cooper’s fight with alcoholism], and enlightening [how he managed to morph into a G-rated celebrity who commands untold respect and recognition by his peers and several younger generations of fans without ever abandoning his patented mascara].

Golf Monster is a wild ride, but not for the reasons you would expect. Cooper’s rationale for doing what he does is clearly not to horrify or outrage, but to entertain. The fact that he found a niche and ran with it without letting it get stale says an awful lot, but the surprise ending, with his embrace of Christianity strongly figuring into his longevity and surprising vitality is a curve ball. I was fortunate enough to see him live onstage two years ago, and at the ripe old age of 71 he still packed a punch. The big surprise for me is that I am not a fan of Christianity , but Cooper’s take on his faith is so articulate that I found him especially appealing. After reading this memoir it’s extremely hard not to love the guy or his world view.