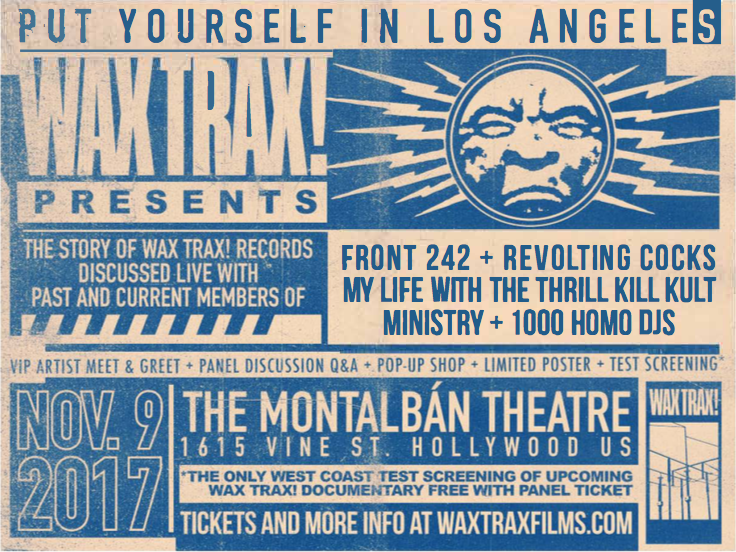 The Hollywood event will feature key artists from past Wax Trax! bands Front 242, Ministry, My Life With The Thrill Kill Kult and The Revolting Cocks discussing the long anticipated Wax Trax! documentary as well as their early days on the label. A special pop-up shop will also open in the theater offering original vinyl pressings, collectables and memorabilia from the Wax Trax! archives. Tickets to the event will include a limited Wax Trax! documentary poster, not commercially available.

As a special bonus, a test screening of INDUSTRIAL ACCIDENT: The Story of Wax Trax! Records will be played immediately before the artist discussion. One FREE ticket to the private test screening will be available with admission to the Wax Trax! panel and Q&A. Limited VIP tickets are also available for special artist access and event premiums.

Tickets are available now at www.waxtraxfilms.com.