Wanna See The Orwells Live In An Intimate Setting? For Free! 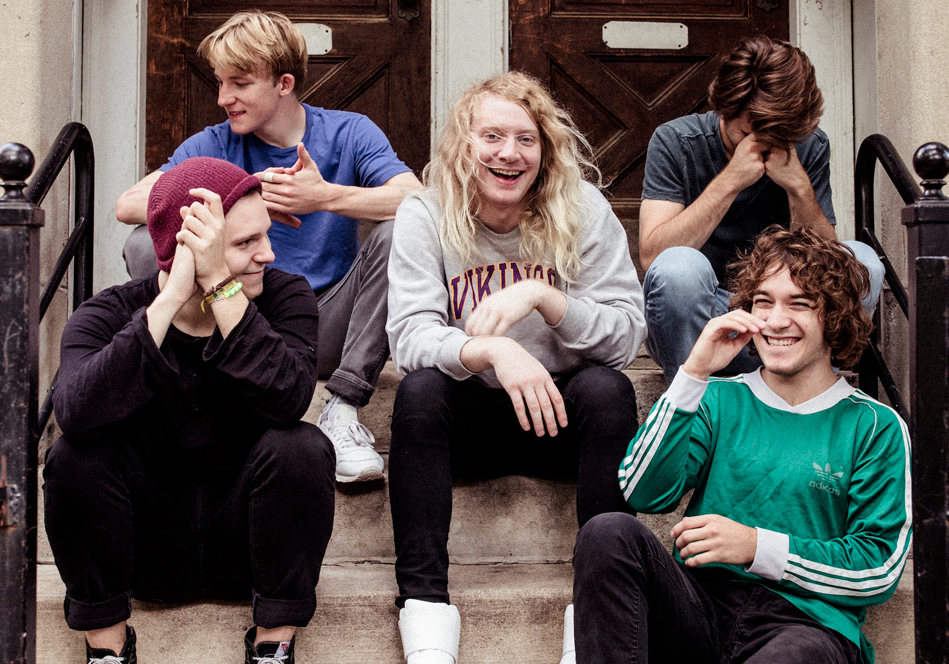 Hey Chicago! Did you know you can see not only The Orwells for free but other bands on a regular basis right here in beautiful downtown Chicago? Yes, you can. Thanks to JBTV, you can have a chance to see some of the best up and coming bands, living legends and local favorites on a regular basis. It’s easy! All you have to do is sign up for free tickets online.

Here is the link

The next show is for a taping of Chicago favorites, The Orwells on February 7th. Getting access to this or any JBTV taping is unlike any concert event in town. You’ll be a part of a very small group of people getting in to see a up close and personal live concert at the JBTV Studios. Only about 100 people will be there on any given show. How cool is that!? Thanks Jerry Bryant!

Not only that, but you’ll be a part of history! Forever housed in the famous JBTV archives. You never know when you’ll see yourself on JBTV. Sure you’ll see the original air date of your show, but who knows. Maybe five, ten or twenty years down the road you might be back on the small screen for an anniversary event or highlight reel. Just think, you’re kids can revisit that special event! Ooooh… the future!!!!

Here’s more on The Orwells taping at JBTV:

“Not too far back we sat down to write what we call mutilated pop songs,” explains guitarist Matt O’Keefe.” “We wanted to make songs that at their core are catchy and pretty, then slash them up,” adds singer Mario Cuomo. “After two misfires we landed on something that felt right,” O’Keefe continues, “like an engine failing to start then finally turning itself over. Broken verse – Running chorus. “They Put a Body in the Bayou” was the first song written for this record. Where it came from is lost to us, now. And that’s where Terrible Human Beings begins. Everything in-between is closely related. All these songs ooze over and flood into one another. In “Creatures,” it’s the suspiciously warped guitar line that adds to the song’s funhouse-mirror effect. In “Hippie Soldier,” it’s the eerie, high-pitched backing vocals accompanying the tale of a guy who’s losing his mind. Elsewhere, it’s the subject matter that veers toward the sinister: “Heavy Head” describes vengeful decapitation. And for an album closer Matt O’Keefe describes “Double Feature” as “Our own Hail Mary, a stack of drum loops and guitars and voices coming at you from all different directions. It all collapses in on itself towards the dead end.”

Whereas Cuomo was more focused on the his own tales of suburban malaise for The Orwells 2014 album Disgraceland, he found external inspiration for Terrible Human Beings. Movies such as the psychological thriller It Follows and noir fiction like Last Exit To Brooklyn provided fodder for a more narrative, vignette-based approach. Cuomo also notes that his bandmates challenged him to push beyond his comfort zone lyrically, in a way that reflects The Orwells growing maturity as songwriters. “It’s kind of funny how much our songs and our records have evolved,” says guitarist Dominic Corso, “because when we first started together, we very much had no idea what we were doing. We’ve grown into being able to write legitimately musical songs that we worked hard on and are proud of.”

You can’t blame them for not knowing what they were doing at the start. After all, this is a band they formed in 9th grade, living in Elmhurst, IL and dreaming of escape. When The Orwells started recording their songs and giving out homemade CDs to classmates, their objectives were simple: You make good music, say what you wanna say and have a good time. They released their critically beloved 2012 debut album, Remember When, while they were still in high school, and had already started writing Disgraceland’s songs when they graduated in 2013. And soon, as word of their ferocious live show earned them invitations onto stages around the world, The Orwells were no longer stuck in their hometown. After they came off the road again in early 2015, most of the guys moved out of their parents houses, settling in shared apartments in nearby Chicago. Cuomo even built a skate ramp in the livingroom of a shared loft he dubbed “The Compound,” as a testament to his newfound freedom. It was around that same time that work on Terrible Human Beings began, with Cuomo, Corso and O’Keefe conceiving the initial ideas. “We wrote these songs in a much more confined way than what we had done with the last records, where it was all five of us in a room,” says O’Keefe. “This time, it would start out with me and Dom with acoustic guitars and Mario on vocals. We’d build the skeletons of the songs, and didn’t take them too far from what we started when we added Grant and Henry.” Recorded over the course of a month at Chicago’s Electrical Audio, Terrible Human Beings was produced by Jim Abiss, with whom The Orwells had worked on a couple of Disgraceland’s best tunes. “Jim would often times come up with a little something out of leftfield that just made the whole song,” says Corso. “And I don’t think the songs would be as full of energy and grit if it wasn’t for him.” Crafty touches like the backing vocals Corso and O’Keefe contribute throughout the album, or the kraut-rock freak-out at the end of “Double Feature,” augment songs that are otherwise deceptively simple. “The Pixies were an obsession when we were writing this album,” says O’Keefe, talking about the song “Black Francis,” but also Terrible Human Beings, in general. “I think that’s where a lot of trying to make the songs and the guitar parts very simple was coming from, because the Pixies are kings of that. We’ve always been a simple band, but this time it was about trying to keep everything straightforward, nothing flashy.”

For your chance to be a part of this history, click here

To keep up with other JBTV events, click here