Unleash The Archers Unleash A Volley Of Metal In Chicago 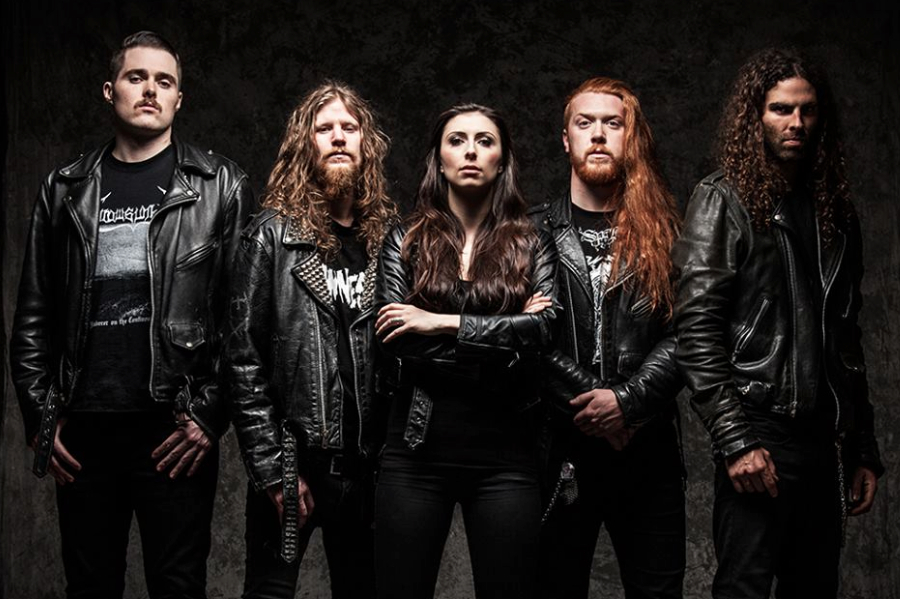 What an intimate night it was for the metal community in Chicago when Canada’s own, Unleash The Archers, came to takeover the city for one night. The Canadian quintet is currently on a North American tour in support of their latest album, Time Stands Still. The group is also touring with label mates and fellow Canadians, Crimson Shadows. Overall the night proved that metal is alive and prevalent no matter where it goes.

After listening to their album, Time Stands Still, I was astounded. They’ve taken the genre of traditional metal and amped it up giving it a whole new perspective and refreshing sound. The album itself is overall one large anthem of metal. They were and are a must to go see live. The energy that they unleashed that night was unfathomable plus the setup and build of the venue of the Livewire Lounge in which they played at made it an intimate night as everyone was so close to the stage they could of jumped on if they wanted.

I had spoken with lead singer, Brittney Slayes, for a bit before they went onstage and she said she was glad to be touring and most of all glad to see that there was a decent turnout of fans for the night. She was thankful for every interaction with her fans and overall had a great attitude and was super friendly. With a name like hers, you know she was destined to follow the way of metal. In general the entire group was ecstatic to be touring and living their dream.

The set-list was dominated by tracks from Time Stands Still, which was released back in July. After their epic opener, Northern Passage, the fans wasted no time in sparking a massive mosh pit. The two singles from the album played that night included Tonight We Ride and their power anthem, Test Your Metal. The energy was vibrant all around the entire venue throughout the whole night. Brittney Slayes overall embodied the spirit of heavy metal with her epic speeches before many of the songs that they played and epic screams she is known for. Some of the other powerful tracks that night included Frozen Steel, Hail Of The Tide, the title track Time Stands Still, and Dreamcrusher. In regards to Dreamcrusher, she mentioned that the song holds dear to all of them, as it was the first song they recorded for the album. “It’s one of those songs we poured our blood sweat and tears into”, she mentioned, considering the song is over nine-minutes long. The night was closed with their most famous track, also lengthy at eight minutes, General Of The Dark Army.

When Unleash The Archers come back to town, I highly recommend you check them out. They will be in Wisconsin and Indiana this weekend so it’s not too late to experience their memorable presence. I bumped into an older man after the show that told me, “Man, I’ve never experienced a show like that in my life and I’m in my 50’s! Where can you get shows like that?!” Further proof that the metal community is stronger than ever. A night to behold, who knows when we will witness such tenacity that was brought forth by Unleash The Archers.