Uncle Acid & The Deadbeats Crack The Creepy Code at Metro 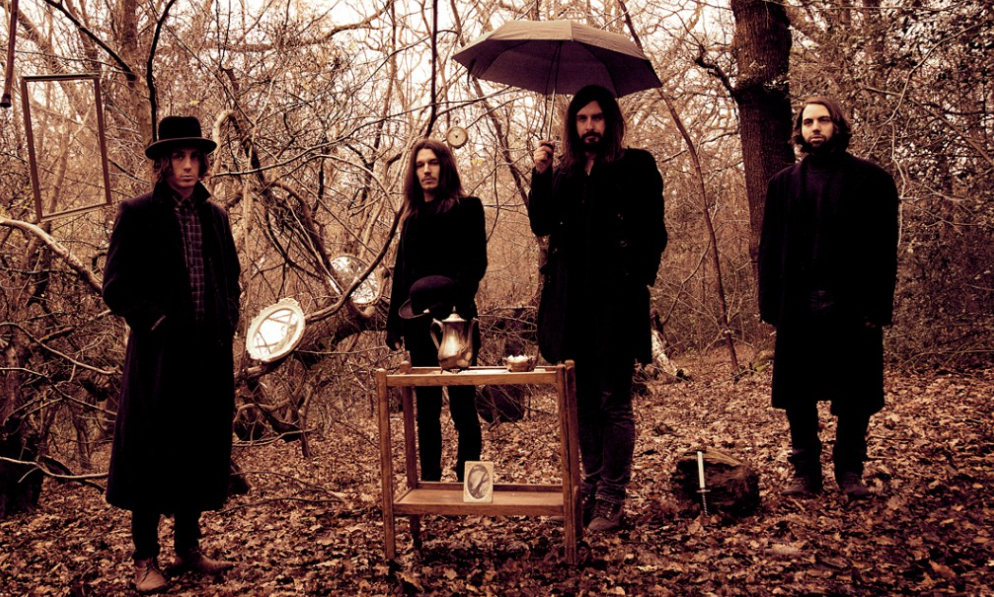 As a band with a vested interest in horror and all things creepy, it’s a challenge to nail down a sound that effectively communicates that atmosphere without becoming a bit silly. On the Chicago stop of their second tour behind 2015’s The Night Creeper, Uncle Acid and the Deadbeats proved that they’ve cracked that code.

Shifting focus away from the new album a bit this time around to give all four of their records a fair shake, the British quartet opened with “Mt. Abraxas” from 2013’s Mind Control, complete with a new backdrop featuring a bloody mountain-scape, harkening back to the imagery from that record and visiting “Mind Crawler” right off the top as well. While the focus was squarely on Creeper and its serial killer tale last September, that record was only touched upon Tuesday night, with singles “Melody Lane” and “Pusher Man” drawing some of the strongest reception of the evening.   The biggest curveball came early in the set when the band pulled out “Dead Eyes of London” from their long out-of-print 2010 debut Volume 1, to the delight of diehards in every corner of the room.

From a performance standpoint, the band has grown over the course of the Night Creeper world tour.   Singer/guitarist Kevin Starrs had a more commanding presence, delivering some blazing leads with more urgency and intensity than ever before, showcasing the band’s position squarely in the ‘doom rock’ camp with main set closer “Slow Death” and offering some thick, driving guitar work on Creeper’s opening track “Waiting for Blood.” The varied set showed off just how effectively the band has grown; tunes from 2011’s Blood Lust were right at home next to newer material, and the band hasn’t strayed far from the eerie harmony-vocal and hypnotic, Sabbath-crunch that brought them attention in the first place.   Here’s hoping they don’t—sometimes, owning a style is the best path forward, and Uncle Acid has more than owned the Metro stage on this go-round.