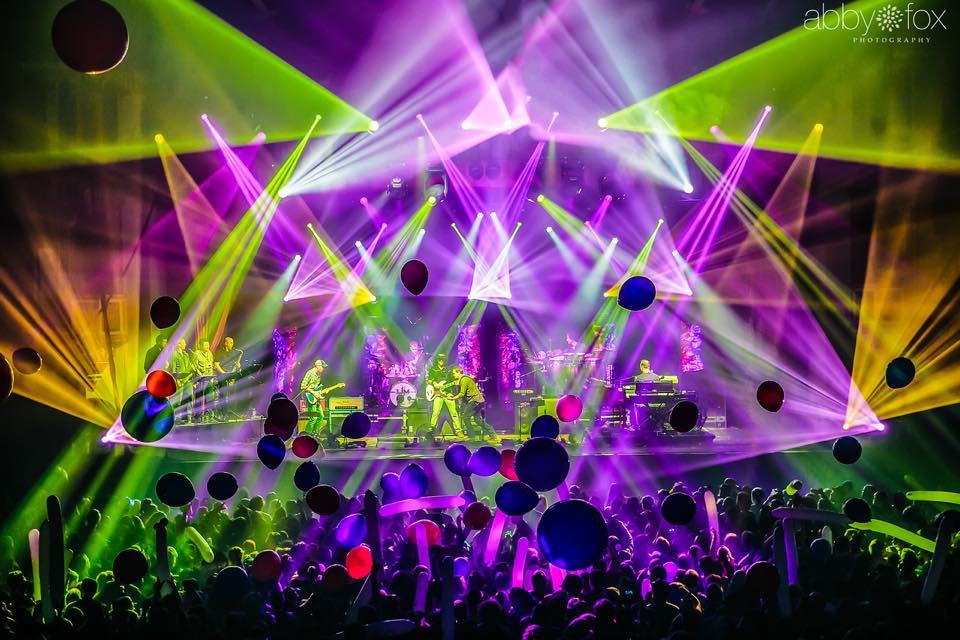 Umphrey’s McGee served up three nights of raging shows this past weekend to ring in the new year. The first night was at Chicago’s Riviera Theater followed by two night’s at the Aragon Ballroom. I was fortunate enough to attend the second night, December 30th. I’m glad I did. The energy was positive and festive.

I think most people attending this show were hoping for a rowdy night. Something to help them let go of what, for many, was a rough year. Umphrey’s are known for throwing really, really fun New Years Eve parties. This one lived up to the hype. They opened their night two show with ‘Mulche’s Odyssey’, getting fans riled up with some super heavy, dark guitar riffs. The tension within their first set continued to climb. They played a song called ‘North Route’ live for the first time ever and also reprised and finished the song ‘Nothing Too Fancy’ which had been started the night before, but never finished. And to many fans’ delight they teased the intro of ‘Roundabout’ by Yes. After getting through the initial intro of the song they then launched into a cover of ‘Bombtrack’ by Rage Against the Machine featuring Dave Watts from opening band The Motet on drums while Kris Myers, drummer for Umphrey’s sang lead. At this point in the night the show’s energy was nearly out of control. That was just the first set.

In typical Umphrey’s fashion they returned for their second set ready to get down. They opened with ‘The Floor’ followed by ‘Much Obliged’ which led into ‘Hurt Bird Bath’ which featured a quick ‘Bombtrack’ reprise. Their jams were seriously intense. My favorite part of their second set was how they seamlessly transitioned from the song ‘1348’ into ‘Slacker’ into ‘Miami Virtue’ back into ‘1348’ to close it out. The light show during the second set was incredible too. Every musical peak and valley was joined by a color scheme perfect for the feel delivered by the band. The atmosphere of a show always magnifies the type of energy given off by both the band and crowd. They do a wonderful job of matching the show’s vibe to what the crowd sees. A nice little perk, if you will, to an already amazing live show. After a 10 minute wait or so they returned for a killer encore, ‘JaJunk’. They jumped right in without hesitation, bringing the show back to life for one more song, ending on a the highest point of the night.

Umphrey’s knows how to control a show unlike any other band. Their sheer talent mixed with their dedication for doing what they love is proven every time they hit the stage. Their sound is unlike anything else. They explore new territory with every show and are not afraid to take risks on stage. Each show is unique and special. If you find yourself with an opportunity to see them live, don’t miss out.