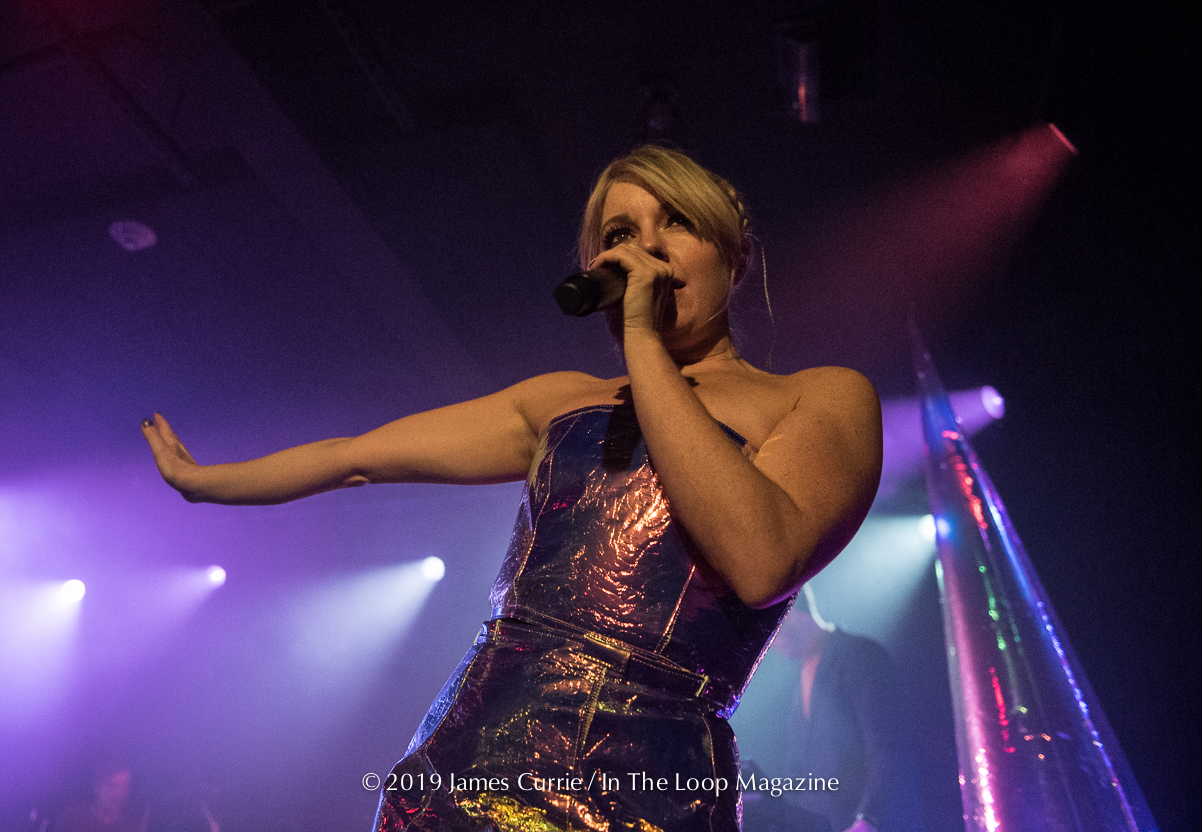 Brit electropop queen Victoria Hesketh, better known by her stage name Little Boots, embarks on a micro tour that’s just 4 cities in the US. This is a special club tour in support for her landmark breakthrough solo album, Hands. The tour dubbed, Hands 10 Year Anniversary Show showcases the albums tracks from start the end, plus a few others during her set which kicked off in Chicago Thursday night.

This show, by React Presents, was launched by two local mainstay DJ’s, Marty Mars and Ryan Paradise. Mars AKA Martin Kouba is a resident DJ for several Chicago nightclubs and house parties. He’s been growing to almost legendary status around town and one of the hardest working DJ’s in town. He specializes in creating his own unique blend of House, Disco and Techno often times finding tracks no one has come across and keeping music fans on their toes trying to Shazam the mystery tracks that even the media giant robot can’t ID. We’ve said it before, keep an eye out for this guy. You’ll be seeing his name more in the coming years.

After Mars and Paradise warmed the audience up, it was time or the main event. Little Boots original band that recorded the album were back with her on stage to play the tracks live with her. Taking their positions behind their gear, Little Boots came out in the dark with a lighted tambourine and wearing a retro futuristic metallic jacket and mini skirt. She took her place at her rig and started the night off with the opening track, ‘New In Town’.

Hesketh’s rig includes original equipment that was used to play and record the record everything from the keyboards and synthesizers to Japanese midi device called Tenori-on. A handheld electronic device that has running light switches that when activated produce and number of distinct digital sounds. During the show, she talked about how it was hard to go back to the older devices to learn them again. At times, it showed, as the device sometimes didn’t want to play nice. Minor distractions in an otherwise epic performance. Other devices included the Stylophone. Something she has described as one of the most annoyingly brilliant sounds ever as she had it hung around her neck like a necklace. Without these futuristic toys, Little Boots couldn’t exist.

Little Boots played through the album giving pause for audience participation. She told stories on how the songs were created, the problems with some of the gear and thanking the Chicago crowd for supporting her in this and her Kickstarter campaign which will soon produce a new record. She finished the night with fan favorites like ‘Working Girl’, ‘Get Things Done’ and ‘Shake’.

After the show, Little Boots came out to the merch table and greeted fans. And wow did they line up. This wasn’t one of those hello, give me your money and move along meet and greets. She took time to talk to people, ask questions like where they came from and gave big hugs after taking fan photos. Hesketh is a fan of music, the tech behind it and knowing without her fans, this wouldn’t be possible. All of which you acknowledges each night of the tour. She is one of the most genuine, happy and real musicians around. If you are lucky enough to live in a city that gets one of these shows I would highly recommend checking it out. This is a unique opportunity to hear and see one of the premiere electo-dance pop stars in an intimate situation like no other.

For photos from the show at Sleeping Village in Chicago, click here

For a video sample of Little Boots live in Chicago at Sleeping Village, click here