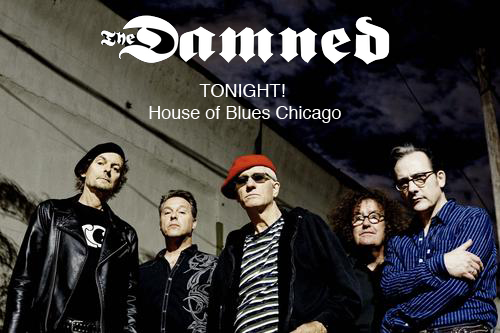 In celebration of the 40th anniversary of their seminal and riotous album Machine Gun Etiquette, which The Damned will be playing in its entirety live, the band will also perform a nuanced mix of epic fan favorites from their vast catalogue over the past four decades, guaranteeing fans a raucous set.
The greatest surviving British punk band are still firing on all cylinders and breaking all the rules. Where their peers either burnt out or faded away into mediocrity, this most spiritually chaotic of all punk groups have never been away, never surrendered their ideals, always forged onwards. Colourful, anarchic, and propelled by an indefatigable creative motor, they’ve expanded their remit with every phase, to become one of the top-flight UK groups of ANY pop era.
In addition to the US dates, the band will  return to a run of festivals including Glastonbury in late June. For all  tour dates, visit http://www.officialdamned.com/.