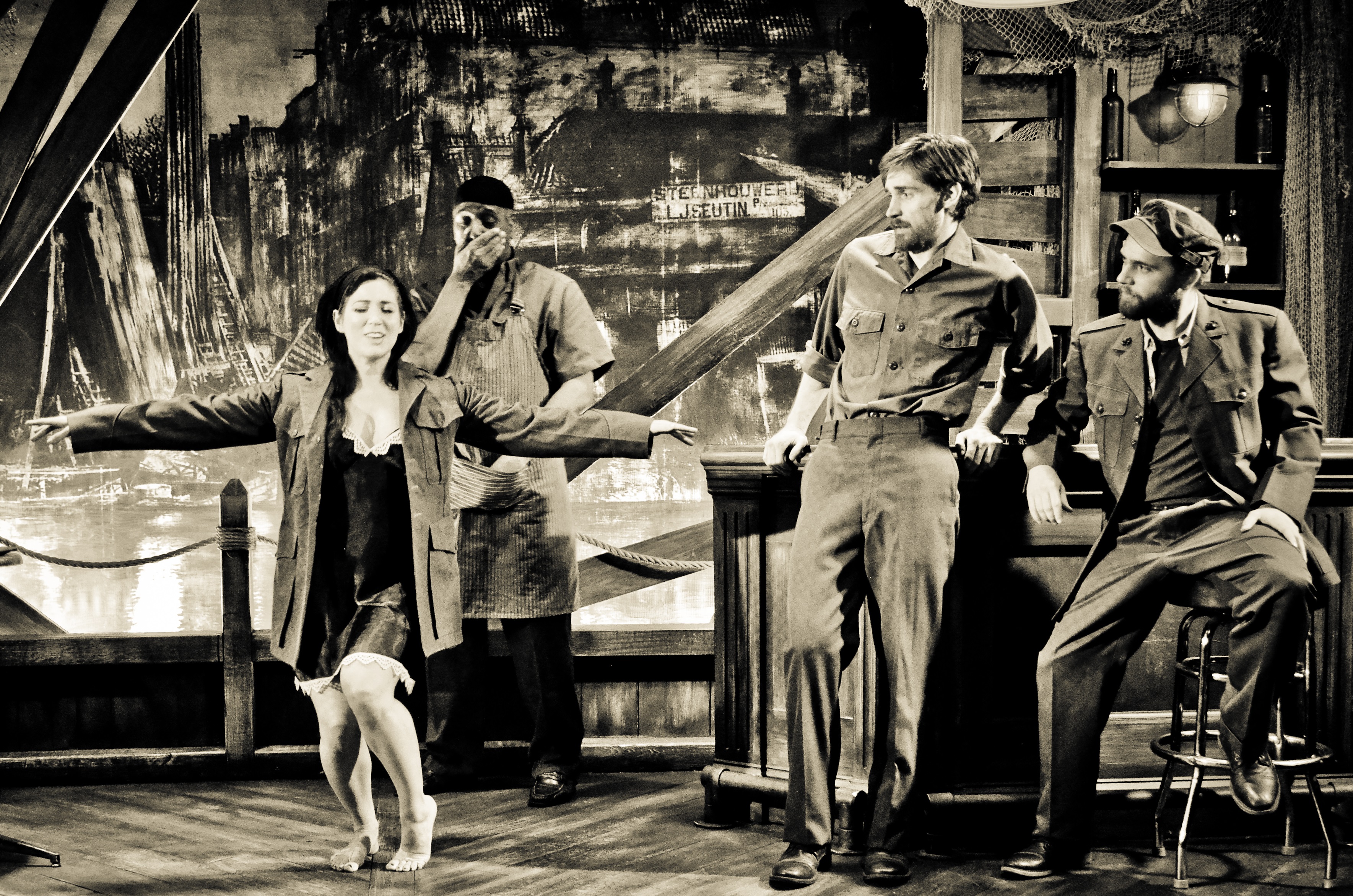 “Jacques Brel’s Lonesome Losers of the Night,” the original musical revue from Theo Ubique Cabaret Theatre, was nominated for the Joseph Jefferson Award for Best Musical in 2008 after its original run, and it is a distinct gift to Chicago theater audiences that Theo Ubique has remounted the wonderful production now in 2017.

Set in a shabby bar at the Port of Amsterdam, “Lonesome Losers” weaves a loose narrative around the delightful songs of Jaques Brel, a Belgium-born singer/songwriter whose “chanson,” or, lyric-driven songs, made him a star in Europe in the ‘60s and ‘70s. So like “Ain’t Misbehavin’,” the raucous tribute to Fats Waller, the material of “Lonesome Losers” was not originally written for a musical; rather, working with top-notch translations from Arnold Johnston (Brel’s lyrics were originally in French), director Fred Anzevino has crafted a show with four performers – a woman, two sailors, and a bartender – whose characteristics and motivations all stem from the themes of love, loss, and isolation in Brel’s songwriting. There is no dialogue – the narrative is propelled by Brel’s lyrics and unspoken interactions between songs – and it is thrilling to watch Theo Ubique’s cast perform more than 20 of Brel’s songs in a taut 90-minute production.

And what a cast! As the two sailers, Neil Stratton and David Moreland perform their material with equal parts bravado and sensitivity, their rich tenors easily filling the small cabaret space; indeed, their duet of Brel’s “My Childhood” may be the finest musical moment in the whole production. As the woman, Jill Sesso is deliciously sassy, stomping her way through the material with a big voice and charisma to spare. And as the bartender, baritone Randolph Johnson is a sheer delight, with his rich voice and warm mannerisms bringing true soul to Brel’s words (his renditions of “The Song of Jacky” and “Those People” are absolute highlights).

At its best, musical theater offers pleasures that no other performing medium can, and “Lonesome Losers” is very much a part of that most excellent tradition.

Tickets on sale at www.theo-u.org.