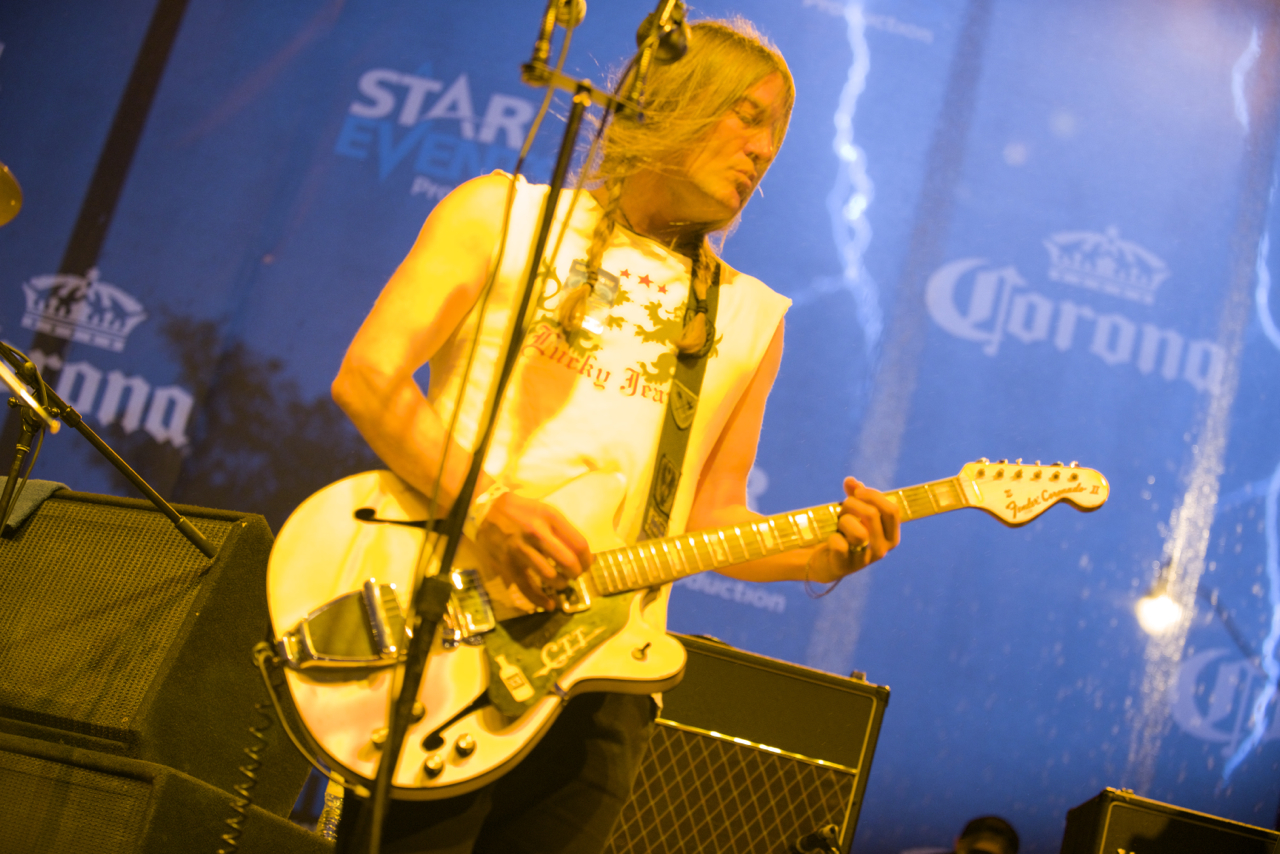 The Dandy Warhols played the Taste of Randolph Street Festival this weekend, albeit sadly, for only one song.  Courtney Taylor-Taylor, Peter Holmström, Zia McCabe and Brent DeBoer took the stage around 9pm on Saturday night and tried to make the most of it, but after only about 10 minutes, had to call the show off.

Taylor-Taylor announced that they were being told they have to shut it down.  A representative from the festival took the mic and said that the weather was taking a turn for the worst and very soon would be there.  Just as those words finished coming out of his mouth, the rain came down.  And how it did.  Buckets come to mind.  Everyone ran to the nearest shelter to get out of it, but many had nowhere to go.

There was a brief discussion if they would go back on stage if the storm passed or subsided, but that notion was squashed quickly as the lightning took command of the skies creating it’s own stage show.  Even the former Sears tower couldn’t escape the wrath of the hammer of the gods as it was struck at least 3 times in the short burst.

The Dandy Warhols have no further tour dates scheduled for Chicago at this time, but that could change in the future as they are working out the logistics of it.  It’s a little difficult now with DeBoer living out of the country and all the side projects going on.  Plus they want to start working on the new record ASAP according to Holmström.  But check back with In The Loop Magazine for more details later.  If they announce anything, we’ll for sure let you know.

Click here to see photos from the short lived show.

In the meantime, for more info on the band check out these links.