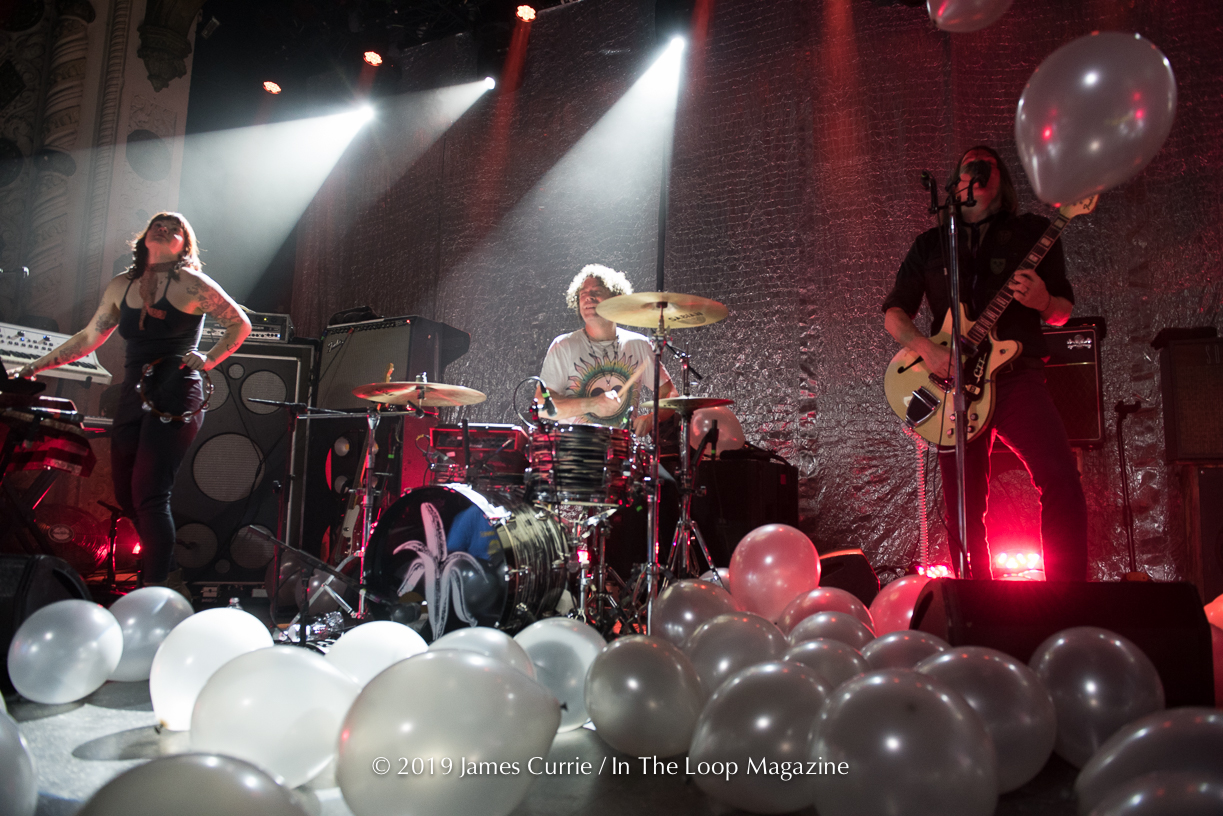 When I was a sophomore in college, I decided it was time for me to get into indie music after spending much of my freshman year listening to the Rolling Stones, the Kinks and Led Zeppelin. While I was plunging through that era of music, everyone else was listening to MGMT, Band of Horses and a bunch of other indie bands I didn’t know. Seeing how all my friends knew about these bands, I felt that I should start getting into them as well. The problem was however, where to start. MTV Subterranean and Stereogum proved to be a decent place until I came across a website called Snagfilms. It hosted a number of indie documentaries about history, current events, and the arts that were available for free. One such film was this interesting documentary called “Dig!” and off I went.

Made in 2004, it was an epic chronicle of the relationship and paths of two colossal North Western indie bands: The Brian Jonestown Massacre and The Dandy Warhols. Characterized by its unflinching look into the life of two indie bands on the threshold of success, the film centered on Anton Newcomb, the charismatic and deranged leader of the Brian Jonestown Massacre, and Courtney Taylor-Taylor, the comparatively well-heeled leader of the Dandy Warhols. As their story plays out, their psychedelic music catches the attention of several major record labels who all jockey to sign both bands. But while the Dandy Warhols embrace the attention and later sign a deal, Newcomb and the rest of the Massacre suffer the privations Newcomb’s mania inflicts upon them. He alienates band members, gets into fights with the audience, and tries to game the record labels with unfulfilled promises to record a successful album. The film gets to the point, where really it is all about the tragedy of Newcomb as much as it is about the triumph of The Dandy Warhols. Simply put, the film was fantastic and proved to be the impetus that set me on a course into indie music.

After I saw the movie, I began listening to the Brian Jonestown Massacre with the intention to get into The Dandy Warhols later. However, I loved them so much that I largely ignored The Dandy Warhols with the exception of a bare handful of their hit songs. Moving forward to the present, my music tastes expanded considerably, my previous taste in the Brian Jonestown Massacre ran its course, and now, I felt it was time to get into The Dandy Warhols. Luckily, the opportunity presented itself last night when they took the stage at the Metro to celebrate the their twenty-fifth anniversary. Joined by the Californian outfit, Cosmonauts, the Warhols filled the place with their dreamy and psychedelic sound.

The show began with the Cosmonauts, who primed themselves at the start of their set by Masai jumping to a droning guitar riff. Then, they launched themselves into some of the best shoegaze-britpop music I’ve heard in a long time. Composed of broad, driving, and lumbering melodies, the Cosmonauts proved to be the BIGGEST surprise I ever encountered from an opening act. Their marching shoegaze melodies drew upon the best from bands such as Ride, Catherine Wheel and the Boo Radleys. In fact, as their set progressed, it became apparent that the band’s sound was essentially a distillation of Britpop. They had the droning guitar washes of Spacemen 3, the sneer of Oasis, and the rollick of Chapterhouse. The drummer in particular, was the best part of the band as he spurred the music forward, belting out these hard, driving rhythms as he beat the hell out of his drums. The other members were also impressive with the two guitarists exchanging vocal duties while also launching into some memorable distorted guitar solos. To a crusty music buff, the band would be nothing but a derivative Britpop nostalgia trip. But to me, their melodies, sound, and overall presence were on point. They crystallized the best of what Britpop was with their nods to shoegaze, the Madchester scene, and the psychedelia of the genre. In short, I loved this band. I honestly did not want their set to end, but it did and perhaps, that was the most disappointing moment of the show.

After the Cosmonauts, The Dandy Warhols entered the stage. They filled in one by one until Courtney Taylor-Taylor strode to the center, flanked by the drummer Brent and guitarist Pete with Zia far stage right. Strangely enough, much of the band stationed themselves at the rear of the stage, cloaked in darkness for most of the show. Their presence was hard to catch because they were so far back and in no direct spotlights. The strobes didn’t help either. It was a mystic effect but as one fan in the upper balcony shouted down, “We can’t see you!” To which Courtney Taylor-Taylor responded with, “But we can see you.” This was going to be a performance where the music did the talking.

The Dandy’s began rather quietly with their new song “Forever” and then proceeded in a rather tame fashion. They covered material primarily from their early albums such as “..The Dandy Warhols Come Down” and “Thirteen Tales from Urban Bohemia”. Filling in a range gap of their twenty five years of existence. As they continued their subdued playing, I felt as if the Warhols’ sound was distant. There was no real immediacy in their playing, nor were they readily responding to the audience although in between one of the songs, Taylor-Taylor shared several memories of playing at the Metro and of how the Duran Duranish new wave music they were playing influenced the sound of their album “Welcome to the Monkeyhouse”. But aside from Taylor-Taylor’s quips, their music chugged along in a sedate, laid-back manner, with no real highs or lows. Which I’ve soon learned is kind of their style. It’s mood music for the soul.

But then again, the Warhols are at their core, a psychedelic band with power-pop influences, and as such, immediacy is something different among bands of this cloth. Unlike other bands, such as the Cosmonauts whose melodies struck instantly, the Warhols’ sound needed time to diffuse across the Metro such that at the beginning the Warhols sounded quiet and lack luster until the immediacy of their sound hit with hypnotic grace. There was a stretch of the set, right after the band played “We Used to Be Friends” for instance, where I zoned out completely as if in a trance and then when I snapped back, the Warhols came alive with their sound reaching a lush, deliberate crescendo. In essence, the distance I perceived at outset was not closed by the Warhols, but by the audience. The Warhols didn’t come to us, we came to them. As the set approached the latter half on “Bohemian Like Us”, bags of balloons were poured onto the audience almost as if to celebrate this sense of Dandy Warhol-esque enlightenment. It was unreal and wonderful wash. Perhaps too, the flashing strobe lights also contributed to the hypnotic state all of us had entered. Furthermore, while the Warhols’ played some extended jams, their measured pace never slackened. Perhaps this hypnotic sense was nowhere more palpable than when the Warhols played “Mohammed” a truly wonderful, meandering raga of a tune, buoyed by the drummer Brent DeBoer’s deliberate drumming and Courtney Taylor-Taylor’s ethereal vocals.

At the end of the set, the stage was filled with those white/silver balloons bouncing all over the place like pinballs while the Warhols were still playing. The set closed with multi instrumentalist Zia McCabe playing an extended electronic outro before collapsing on the stage and striking poses amidst the balloons filled floor. While there was no encore, The Dandy Warhols put on a wonderful show regardless. Furthermore, seeing them in person legitimized my musical journey and reminded me that my foray into indie music began in the right place as The Dandy Warhols still command reverence and respect years after the release of “Dig”. The only complaint I might have had about the show was how derivative some of the Warhols’ songs sounded, for they all moved at a steady clip with their sound picking up here and there. But again, it did not subtract from the experience but rather enhanced it as the measured pace exerted an unreal hypnotic ambience in the crowd. In addition, the Cosmonauts also made this show a personal highlight with their Britpop sound, that I am not ashamed to say, is my Kryptonite. Altogether, it was another solid night at the Metro and a brilliant nod to the Dandy’s twenty-five years of being.

For more on The Dandy Warhols including the current silver anniversary tour, click here

Setlist: The Dandy Warhols live in Chicago at The Metro May 11, 2019