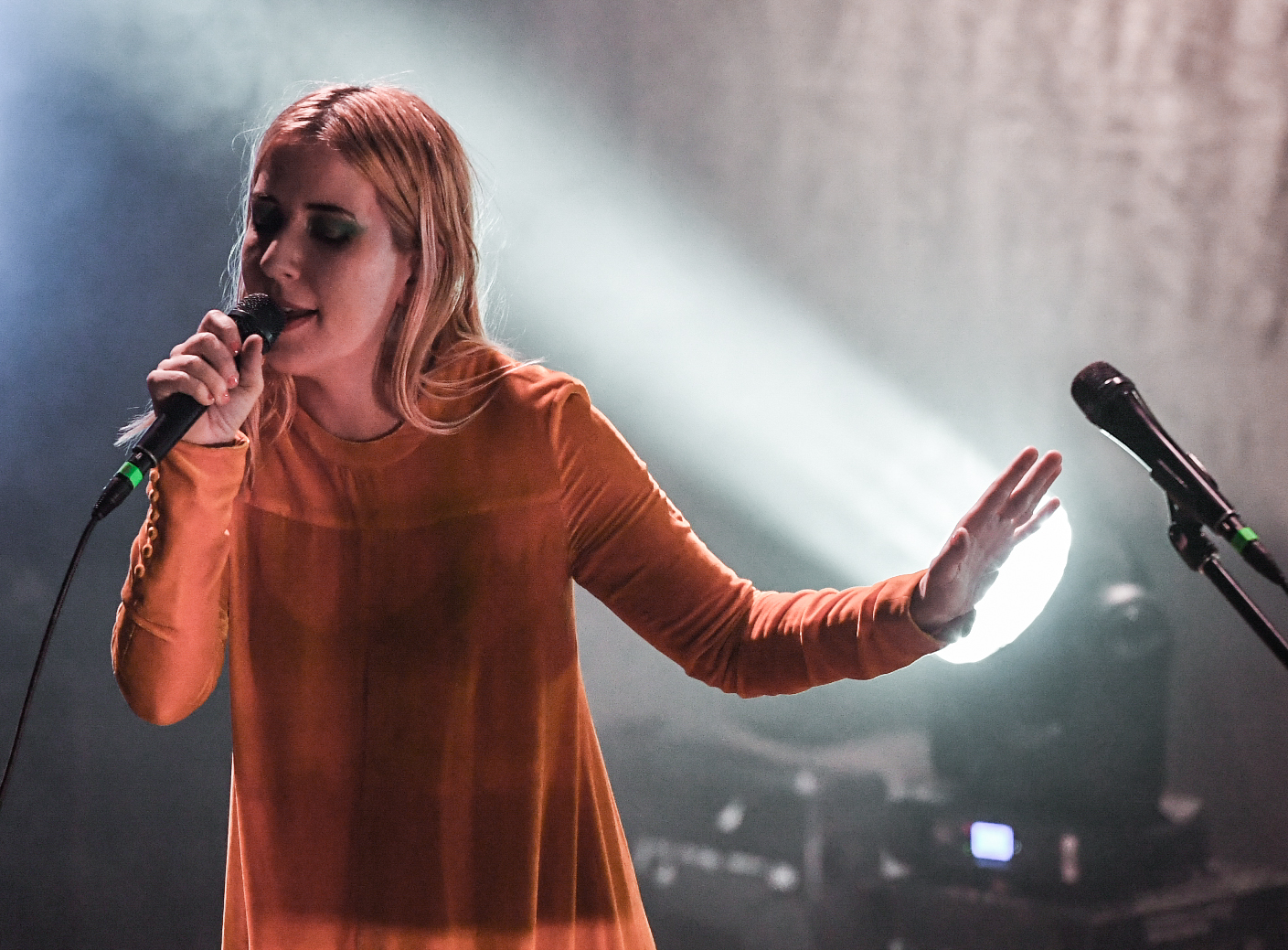 Synthpop / Dark Wave group Austra have amassed an enthusiastic following since 2009. The group, founded by lead singer and multi instrumentalist Katie Stelmanis, are currently touring in support of their recently released third album Future Politics. This past Saturday found them at Thalia Hall in Chicago – a perfect setting and listening room for Austra’s captivating sound and presentation.

Austra performing live have developed into a formidable live act, producing a varied and energetic show. As much as their new album Future Politics have pushed the band into more electronic dance and techno ish realms, the standout cuts live still come from Austra’s first album “Feel It Break”, and popular songs “Beat and the Pulse”, “Lose It” and “The Villain”. All you had to do to confirm this was look at the crowd and the see the energy and excitement of hearing these three songs live.

This is no slight on the newer material, which has its own unique vibe. “Beat and the Pulse” has been a staple of Dark Wave and music enthusiasts for years, and has only grown more in stature and repeated listens with DJ’s and Goth clubs / events in and around the country. Katie Stelmanis has really developed into a strong singer and performer live. Austra’s set, along with the expansive stage at Thalia Hall, gave her room to roam and freely dance to her captivating sounds. It’s cool to see Katie and her band grow with confidence performing live and have a flair for crafting a special show.

Opening acts The Range, along with local recording artists My Gold Mask brought their own unique style to the show. My Gold Mask had the crowd dancing and singing along enthusiastically for most of their set. Another band that is slowly developing into a terrific live band, and this coming from a two piece performing live. That’s saying something.

For more on Austra, including tour dates and music, click here

For photos from the Austra show at Thalia Hall in Chicago, click here