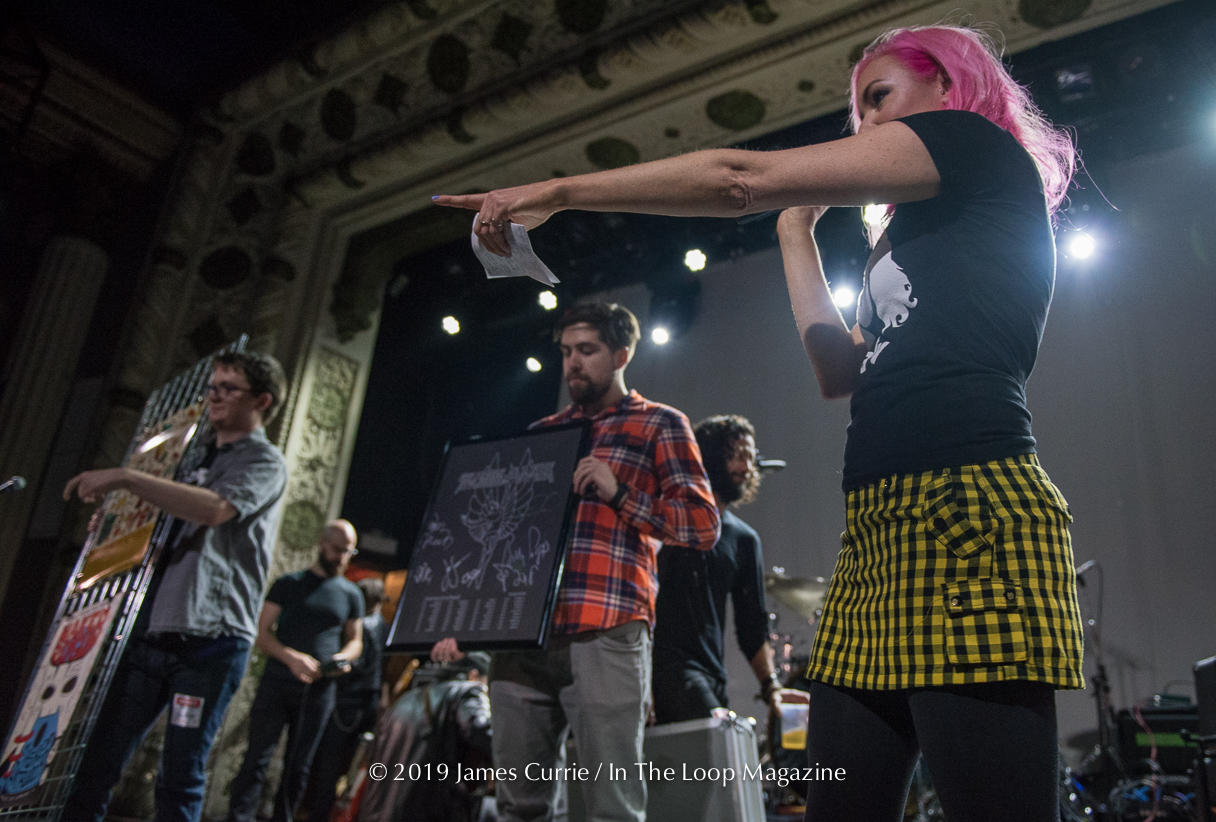 People came out in droves to show their love and support for Jerry Bryant, a living legend for the people who know him. For the few who do not, Jerry Bryant is battling cancer and currently kicking its ass with his upbeat personality and spirit. He is the man behind JBTV. He has turned his passion into the longest running music TV show in history and a Chicago institution. Many bands, when on tour, come through Chicago and make a stop at the studio to play a few songs for an intimate crowd during a live taping. Jerry has introduced bands to the world for 35 years and does not show any signs of slowing down.

Many people came together to put on this awesome fund-raiser for Jerry’s mounting medical bills. Joe Shanahan, owner of The Metro, opened his heart and venue to host the event with Charity Bomb and WKQX 101.1 FM. The night was filled with various bands including, Kontrolled Kaos, Marina City, Madina Lake, Local H, Andrew W.K. and Naked Raygun. While there were local and national members of many storied bands, who came out to play about a ten to twenty minute set. Keeping with the 90’s theme, the sets included covers from groups that were big of that era, along with a few original songs.

The night would not be complete unless we heard from the man of the night, Jerry Bryant himself. He came to the stage by an overwhelming chant of “Jerry, Jerry, Jerry”! He gave many thanks to everyone who put on the event and to the crowd who came out. He gave the crowd a public service announcement to go see a doctor if you feel sick and not to rely on the internet for a diagnosis. Ending his speech, he gave a shout out to his doctor and the awesome staff at Northwestern Hospital to a thunderous round of applause and screams.

Included in the night of the great acts was a meet-and-greet at SmartBar and a live auction. Items from the auction were various signed posters, tickets, a signed Naked Raygun t-shirt that was donated by someone in the crowd and the actual Angry Chair from Alice In Chains. From the support and donations of the night, around $34,000 was raised. A great feat from what a sense of community is like, just like Jerry’s vision of living his dream of running JBTV and being a part of the music community he adores.

It was great to see many familiar faces in the crowd. You could feel the love packed in the room from everyone. Just as much as Jerry has done for the local music scene that spread out nationally, this was a way to show how much Jerry is appreciated. Jerry keep fighting as many thoughts and prayers are on your side.

(Many bands/artists covering songs from the 90’s)