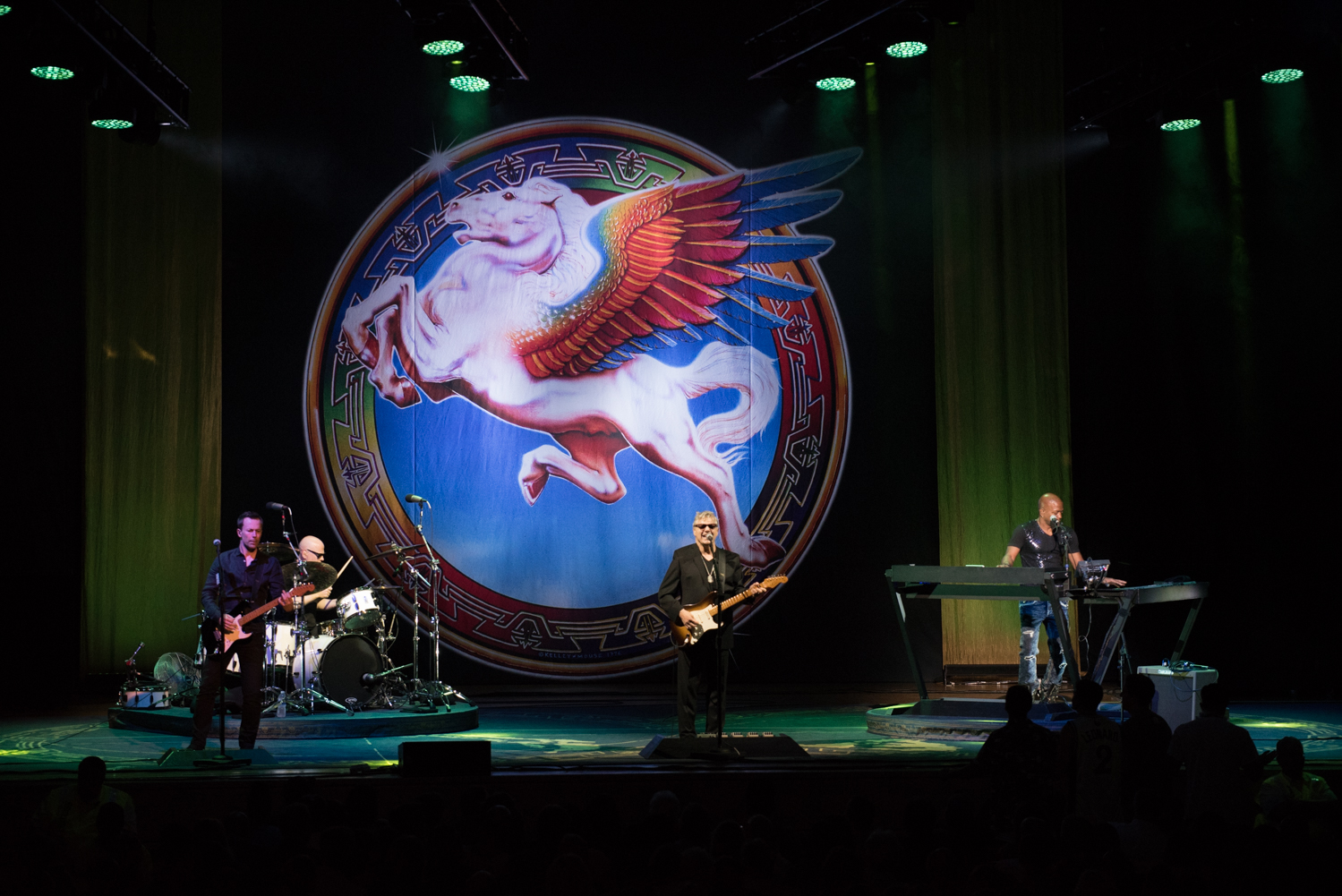 Bay area native, Steve Miller returns to Highland Park this summer to play during the 4th of July weekend lineup at Ravinia. The Steve Miller Band has played Ravinia several times in the past, but really brought it this time. His opening act was equally as impressive as Charlie Musselwhite (who later joined Miller on stage) ripped through the blues making the wind foil band shell an instant juke joint for his limited, but powerful time on stage.

Steve Miller Band started the night out with a classic, roping in the fans quick. Jungle Love echoed through the pavilion out onto the lawns of fans. Miller ran through a few songs before calling out to the crowd. He was a little upset about a couple things. One, that the sound wasn’t right and two that he couldn’t see the fans. He lifted his shades and said, “I know the lighting guys want to make us look good, but I can’t see you at all. Let’s get some lights on these people.” Shortly after the lights grew brighter over the front rows and into the back. “Thank you!” Miller responded and continued the show.

His backdrop filled with classic album art logos. The winged pegasus in the circle and pyramid, the black blank back and finally starry night. It looked sparse from a distance because the stage was so large and the band huddled in the middle, but it worked. Columns of white fabric draped from the ceiling down to the floor spacing out the background.

Miller changed up guitars on every song bringing out electric and acoustic alike including the double neck maroon Gibson.

He was joined on stage by a three piece backing band that included Kenny Lee Lewis on guitar, Gordy Knudston on drums and Joseph Wooten on keyboard.

There was a lot of audience banter. Not only to see them better and hope they are enjoying the show, but teasing the crowd with songs like Jet Airliner earlier in the set, then saying, “No, sorry, not yet.” He then played an acoustic intro to Dance Dance. He thanked and honored fellow San Francisco musician, Carlos Santana before jamming one of his tunes. He also made comment, “You guys are by far the best clappers in the United States!”

2016 marked another milestone for the band. Towards the end of the night, he talked about a song that really solidify it for them. “This one got us into the Rock & Roll Hall of Fame.” He also talked about how the R&RHOF didn’t really know what it was about, but now that he’s in, he’ll make it his mission to educate them. Then played, The Joker.

At the end of the night, he said, “Sorry I was grumpy earlier, but I really wanted to see you guys and make it right for you.” The crowd responded wildly.

The Steve Miller Band finished the night with a trifecta of power hits. The Stake, Swingtown and the real, Jet Airliner.

This was a perfect night under the stars for a classic rock show. The Steve Miller Band delivered as the house was packed and the lawns filled.