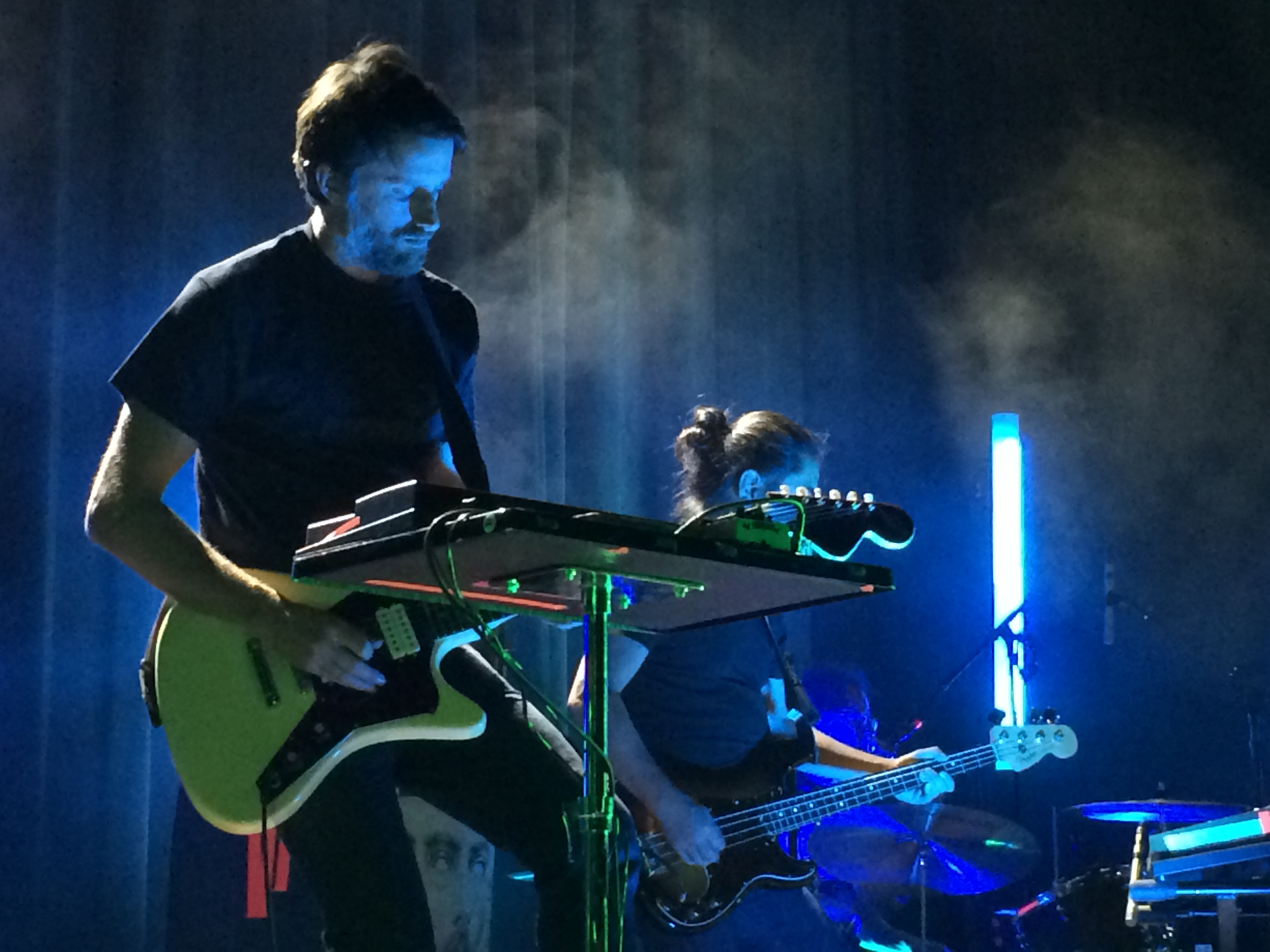 Delusions of Grand Fur, the title of Oakland indie rockers Rogue Wave’s new album, may be a humorous wording riff, but its veiled reference to ‘grandeur’ is suitable in the sense that Rogue Wave’s sound is the kind that evokes the U2s of the world.   Unafraid of evoking epic levels of emotional grandeur into their sound is Rogue Wave’s calling card, and they demonstrated the ability to bring that energy live at Thalia Hall on Thursday, May 26th.

Confidently opening with four songs from Delusions before treating the crowd to a smattering of favorites from throughout their twelve-year career, singer/guitarist Zach Rogue apologized to the crowd for the band’s multi-year absence from a Chicago stage. “We have a lot of time to make up here tonight,” he added before launching into “College” from 2013’s Nightingale Floors.

The set leaned heavily on new material, virtually ignoring the last couple of records in favor of digging into the band’s 2005 classic Descended Like Vultures for encore and crowd-pleaser “Publish My Love,” as well as a few choice cuts from 2007’s Asleep at Heaven’s Gate. The electronic pulse of new single “What Is Left to Solve” showed off the quintet’s versatility, especially alongside new album closer and heartbreaker “Memento Mori.”

Rogue Wave’s ability to effortlessly and honestly communicate a deep emotional resonance in their music puts them in a rare class of band – devoid of irony, the lush arrangements and often melancholy lyrics help to create an atmosphere that make the band hard to define. They’re not quite a ‘rock’ band in the classic sense, and their hook-driven songs aren’t the stuff of current pop radio. (This is not to say that it shouldn’t be. In a just world, a brilliantly-crafted pop song like “Ocean” would dominate pop culture over the Beyonces and Biebers of the world, ten times out of ten.) Arrangements that, on record, are deeply layered were often even clearer live, with multiple guitars and synths alongside flawless harmonies providing the foundation for every song.

Pilsen’s Thalia Hall, a relatively recent player in the local venue game, was a beautiful backdrop for the show, though it wouldn’t be difficult to envision Rogue Wave playing in much bigger settings.   If their new record and tour is any proof, their ‘delusions’ may not be so unreachable after all.

Salesman at the Day of the Parade

What is Left to Solve