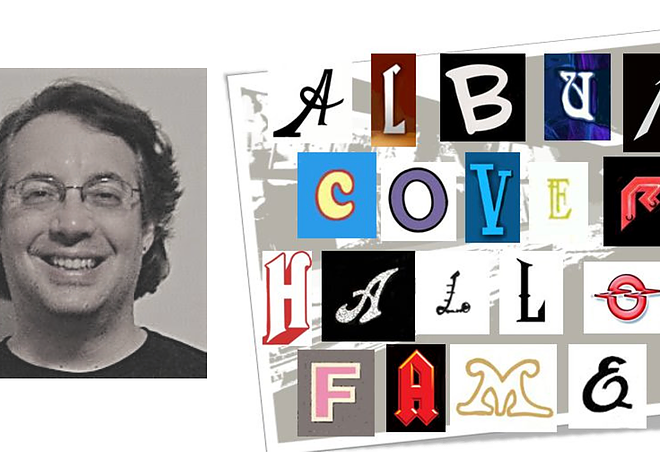 Lecture: Iconic Pop/Rock Album Covers with Mike Goldstein
Thursday, March 22 at 7 PM – 8:30 PM​In conjunction with ARTifact: 33.3 National Exhibition of Record Cover Art, the Oak Park Art League presents a lecture about the artists and stories behind a number of well-known pop/rock album cover designs. Presenter Mike Goldstein is a former music TV programming and production executive and founder of the Album Cover Hall of Fame, a website that recognizes the contributions of those who have had significant impact in the ongoing development and advancement of rock and roll album cover-related design, illustration and photography. In addition to the lecture, Mike will be presenting rare and one-of-a-kind works from his private collection of cover art photos and prints.

Mike Goldstein is the former Vice President of Interactive Programming and Production for Cablevision (NY) and their Fuse music TV network. He’s also the past owner/curator of RockPoP Gallery (New York and Portland, OR), which showcased fine art prints produced by many of the best designers, illustrators and photographers from all areas of today’s music industry. Goldstein is a sought-after lecturer on album cover design and is the founder and editor of the Album Cover Hall of Fame website. With a focus on the talented individuals and agencies that create the designs, illustrations and photographs featured on popular album cover packages, the website offers visitors a comprehensive collection of album cover art-related news, interviews, biographies, portfolios and more. Goldstein’s interview articles have appeared in GOLDMINE Magazine and on many other music sites.