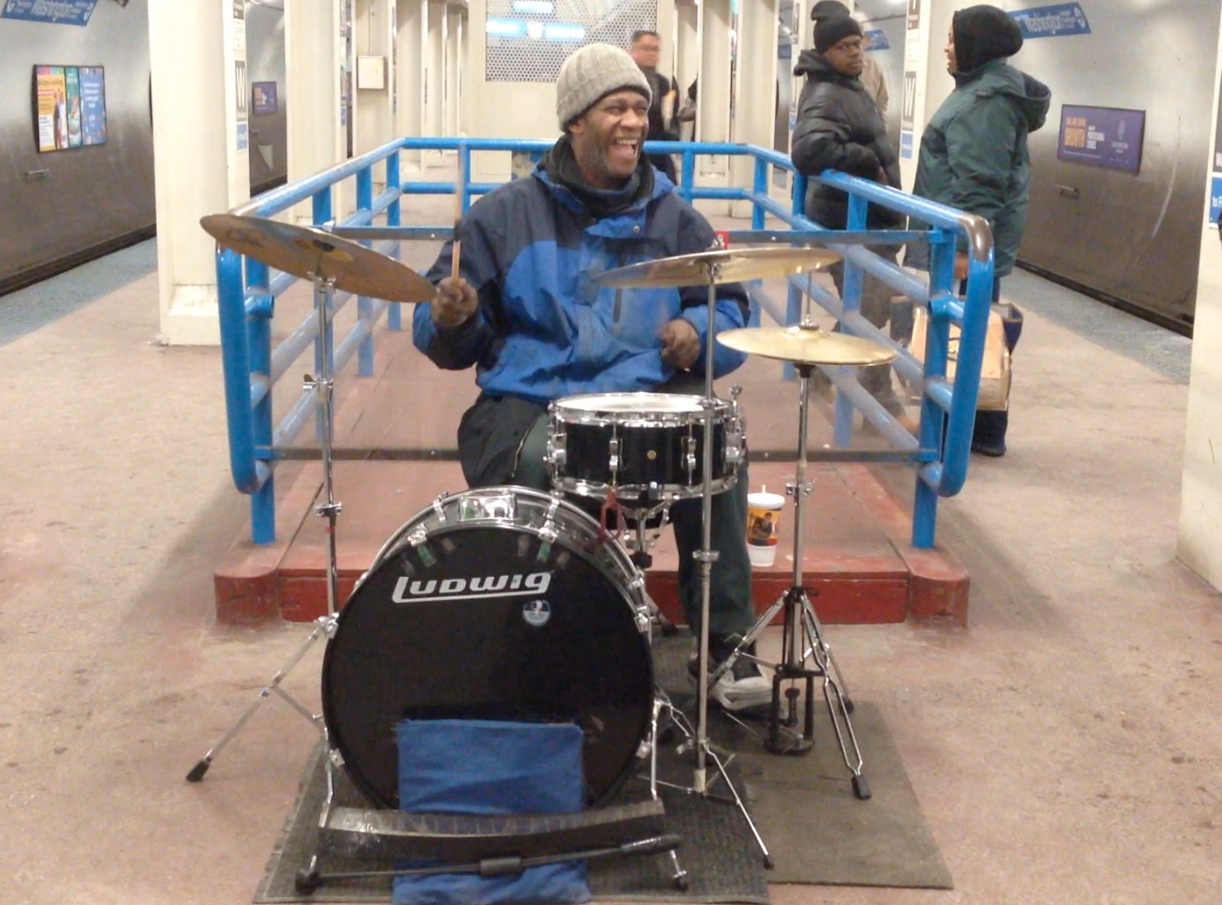 Robert Darren has been playing the drums most of his life. For the last few years, he’s been a part of a growing movement of fellow musicians jamming underground. Not figuratively, but literally. One of his regular gigging spots is down in the Blue Line underground stations in the loop. Mainly at the Jackson stop.

Darren states that the foot traffic, captive audience and fellow musician jams make it all worth while. Not only that, but he makes a few bucks here and there as well.

You can see Darren and many other talented hidden musicians throughout Chicago on the train, streets and corners all year long depending on the weather.