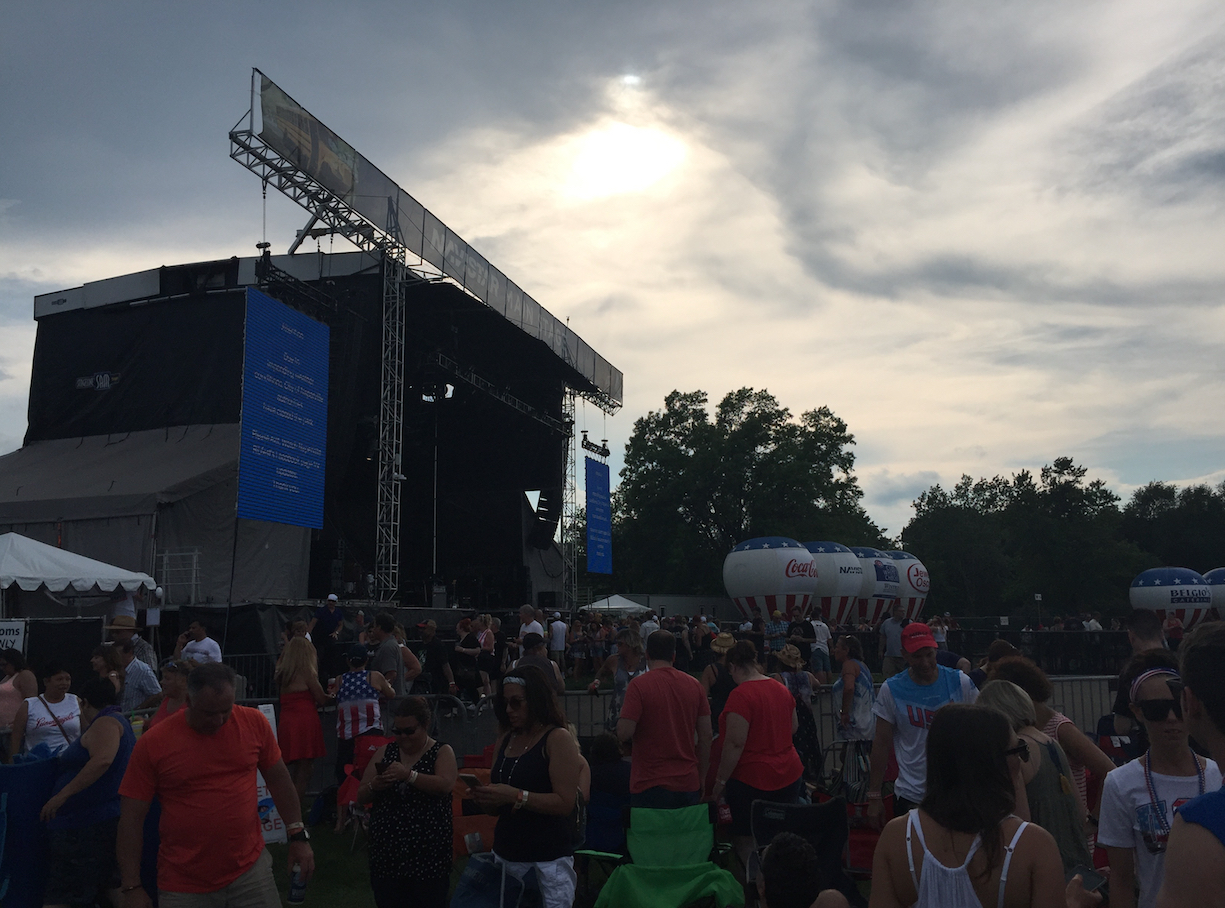 Attendees of Naperville’s annual Ribfest celebration on July 4th got lessons in both timeless songs and tested patience as inclement weather threatened to—and finally succeeded in— hijacking the festivities.

However, that’s not to say that the enthusiastic crowd didn’t get the chance to rock out first.

Leading the afternoon’s lineup was one of the brightest spots in Chicago’s musical history: The Buckinghams. After nearly sixty years in the business, vocalist Carl Giammarese and bassist Nick Fortuna (along with keyboardist Bruce Soboroff, guitarist Dave Zane, and drummer Rocky Penn) revisited all of the classics that one could hope for, from “Susan,” “Don’t You Care,” “Mercy, Mercy, Mercy” through set closer “Kind of a Drag.” Taking a retrospective approach, the quartet (backed with a hallmark horn section) took on a medley of their peers that included The Grass Roots’ “Temptation Eyes” and “Midnight Confessions,” Tommy James’ “I Think We’re Alone Now,” and The Turtles’ “Happy Together.” Offering up some nuggets of history, Giammarese noted The Buckinghams’ discovery of the earliest incarnation of a band so synonymous with Chicago that they share the same name before launching into a cover of “Does Anybody Really Know What Time It Is?” The Buckinghams’ set was the perfect accompaniment to a sunny, Midwestern afternoon.

The premature evacuation of the park due to the possibility of an impending storm proved to be absurdly frustrating, as it forced veteran roots rocker Melissa Etheridge to cut her set short and caused many fans to miss significant portions of her set due to the poorly organized re-entry plan. Upon the park’s reopening, Etheridge was barely allowed an hour’s worth of music, which was unbefitting a headliner of her stature, though she had time to lead the crowd through jubilant versions of “Come to My Window,” “I Wanna Come Over,” and the crunchy blues of “Bring Me Some Water.” A track that she commented on as being a cautious one to play as it tends to open the skies. This as mother nature’s doom and gloom leered over her guitar strapped shoulder, but never came.

Within three minutes of hitting the stage, The Stray Cats proved that they were kings of cool with a raucous version of “Rock This Town” as vocalist/guitarist/rockabilly master Brian Setzer shimmied about the stage and drummer Slim Jim Phantom lept and swung in time with bassist Lee Rocker. They kept up the momentum with “Runaway Boys” and “Too Hip, Gotta Go,” though nature intervened, and as dark clouds rolled overhead, the band had just enough time for all-time classic “Stray Cat Strut” before organizers pulled the plug on one of the most anticipated Chicagoland sets of 2018.

Ribfest has a reputation for delivering some serious headliners, particularly in recent years, and this year was no exception, though that cache was partially squandered this year by the mismanagement of Wednesday’s offerings. While nature may be unpredictable, having a reasonable evacuation policy and honoring the ticket’s promise of ‘rain or shine’ were, understandably, the baseline expectations of those gathered for Wednesday’s headliners. Let’s hope that Ribfest’s organizers take a hard look at how they plan to handle that unpredictability in the future when booking bands who have a cult following as strong as that of the Stray Cats as some came as far as Berlin Germany, Montreal Canada and Sacramento California.

For tickets to other days at Ribfest, click here