Review: Avatar Live In Chicago At House Of Blues 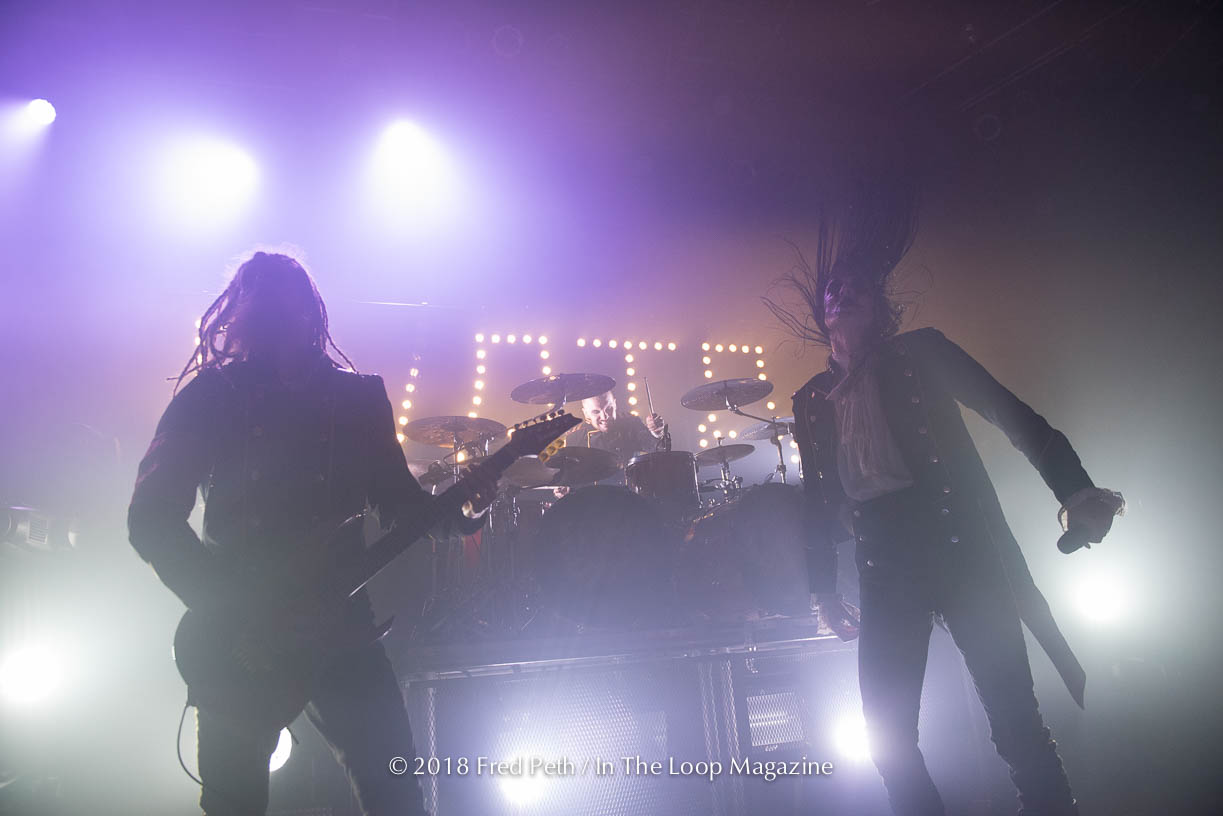 The humble and passionate guys from Gothenburg, Sweden were back in Chicago for not only the second time this year, but the second time in just less than nine months. This time they opened up for the heavy metal band Trivium at the House of Blues to a packed venue. Having the middle slot on the bill, gave the band a little more time on stage to play many favorites, while they threw in a couple of songs that I have not heard live before.

The crowd started cheering as we saw each of the band members walk onto the stage. John Alfredsson, drummer, was the first to show his face as he stepped onto the drum riser with their iconic ‘AVATAR’ sign behind him. He began to bang on the kick drum getting the crowd hyped up. Shortly after, bassist Henrik Sandelin, walked out and started playing as he complimented the drums beats. Jonas “Kungen” Jarlsby, Tim Öhrström and Johannes Eckerström quickly followed behind and they opened up with the song “Murderer”. Along with the lights from their sign in the background, I noticed that the band had more lights throughout the whole the stage. Along with the bands incredible performance, the lights drew the crowd into this awesome show.

I have listened to “Tsar Bomb” many times, but this was the first time I saw them perform the song live. From the looks of it, the crowd was definitely into it as they were banging their heads and a bunch of them had their fists in the air. Keeping all of us in a fury, “Get In Line” picked up the pace as we looked on watching Henrick, Jonas, Johannes and Tim, who is now clean shaven, twirling their hair wildly in unison. Just as the band banged their heads, many of the crowd was doing the same while giving the heavy metal salute. At the beginning of “Bloody Angel”, Johannes interacted with the crowd “wwwwwooooohhhhhhh” to them and them responding. The crowd was definitely filled with Avatar fans when Johannes pointed the mic outwards and you could hear what seemed to be the entire crowd singing the chorus. The tempo of “Bloody Angel” is slower, but still has the high-powered intensity to fit into this great heavy metal show.

The last time the band was in town they promoted their latest album “Avatar Country”. With a short time on stage, they decided to play “A Statue of the King”. Since “Kungen” was proclaimed King in the music video, he took his power stance at the center of the stage and opened the song. The band filled in behind him as Johannes belted out the lyrics. Going back to the album “Hail The Apocalypse”, which the majority of the songs from the show came from, they played unquestionably the crowd’s favorite “Hail The Apocalypse”. They followed up that favorite with an even bigger one. “Smells Like a Freak Show” was next on the setlist. Johannes called for more head banging and the crowd was happy to oblige. Digging deep into their self-titled album, they brought out “Queen of Blades”. I never heard this one live and from the looks of the crowd neither did a lot of the other people. The crowd cheered and pleasantly screamed during the song as they listened along. From the start of the night, the crowd was singing along with the band to many of their songs. Johannes’ crazy facial expressions and antics; the bands’ excellent abilities and interaction with the crowds always makes an Avatar worth seeing again and again.