Record Store Day Not Only Alive, But Thriving 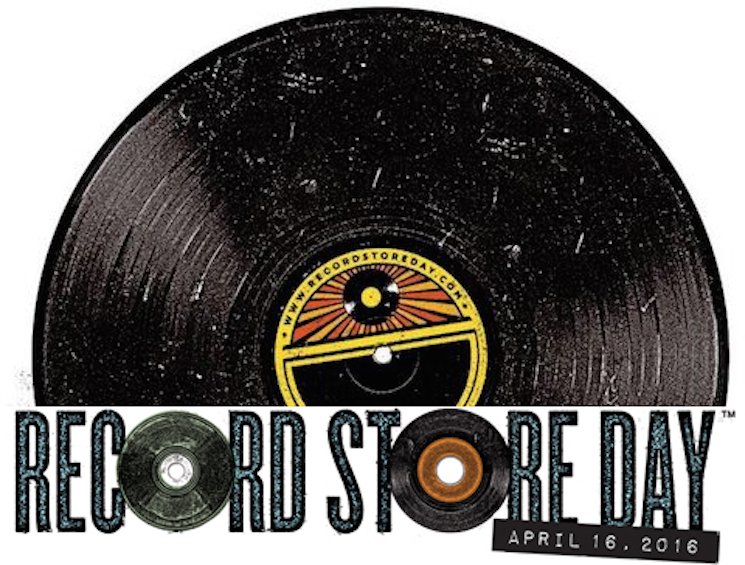 I’m not quite sure if I show my age, but I do recall fondly the weeknights/weekends/whenever spent browsing through a record store.

Let me back track and intentionally insert the word ‘vinyl’ instead of record. That definition is crucial. For the longest time in the last 30 years, vinyl was nearly extinct. Not as extinct as a cassette or 8-track, but near enough for the generation streaming their music through an iDevice/computer to not even conceive what vinyl was.

Vinyl was that beautiful moment when you found out from your favorite radio station when the new release was coming in. Vinyl was getting the call from your best friend who happened to work at the record store and yes, it was in fact, IN TODAY. Vinyl was looking at the album cover and deciphering if you missed something… some clue… some word… before the album even finished playing. Vinyl was all those things and more.

I’m happy to see that Record Store Day keeps the memories alive for not only myself but the kids discovering its’ importance. And it’s so very timely that record store owners stay in business to serve the community. That has been the single biggest boost. And it doesn’t always mean sales. It meant and means staying connected to people and your extended family. I had that feeling at my local store in Burlington, MA many years ago. The owner (and his teen son) knew that when I walked in with my friend to peruse the aisles of discs (and in some cases, buy!), we’d discover a title or artist we had no knowledge of before. The connection was instant. We didn’t have to play it… we just bought it. He’d know why we were there. And it didn’t matter if we barely had any room to move (wasn’t that always the case no matter what record store you were in?). We were all there for the unbridled passion of vinyl.

It became strange then to go into a ‘record’ store and see the lines and lines of CD boxes. You remember the towers of nothingness that were created to replace the vinyl? REM’s Michael Stipe hated the waste and successfully lobbied to get that cardboard ridiculousness removed. Yes… Stipe was a champion, but it felt empty to see the vinyl reduced to the back under clearance. It all felt wrong.

Until recently. That undeniable statistic that vinyl was coming back. Oh and the cool colors that came around every once in a while (like my limited edition red vinyl of the Stones ‘Miss You’ single – with picture sleeve!). Yes, that’s what really mattered! But what about the technology to play these things on? Well the house DJs have kept the turntable front and center and what a blessing that is! I know because I deposited my component system in the trash a long, long time ago.

Record Store Day is a now time, but also a time of rememberance and a time of celebration. A time of support and dare I say, a time to possibly put forth all that went and has now come back.

On April 16, record stores across the country will take part in the ninth annual party known as Record Store Day. The celebration of the culture of the independent record store goes on all day and includes music, food, artist appearances and all kinds of fun, no matter which record store you plan to celebrate with.

Event information by store can be found on www.recordstoreday.com but here are a few examples:

“I believe that everyone involved in the music industry is an important link between the musicians and their audience; that includes your local mom and pop stores. They need support just like the rest of us do. I look forward to seeing you on Record Store Day in Bull Moose in Portland, Maine.”  That’s the legendary Graham Nash, who will indeed be making an appearance at Bull Moose, meeting fans and signing copies of his brand new record, This Path Tonight.

People in both Berkeley, CA and St. Louis, MO will have a day to remember if they’re among the very lucky record store supporters to check out special performances by RSD 2016 Ambassadors Metallica (in concert at Rasputin Music, Berkeley) and Mumford and Sons (live at Vintage Vinyl in St. Louis). Fans of both artists across the country can still celebrate by picking up their special Record Store Day releases.

Bonnie Raitt, who has been very vocal about her support of independent retail, will be visiting with Music Millennium in Portland, OR, while Kacey Musgraves will make a stop at Lunchbox Records in Charlotte, NC. The Mavericks will be hitting the stage at Vinyl Renaissance in Kansas City, and Reverend Horton Heat will be heating up Homer’s in Omaha, signing records that are sure to include lots of copies of their  “Hardscrabble Woman” 7”, released on Record Store Day. Florida record stores are having a day-long dance party with Shabazz Palaces at Miami’s Sweat Records, and Daniel Ash stopping in at Radio-active Records in Ft. Lauderdale.

A day of music is also planned at Brooklyn’s Rough Trade, including live sets from Mr Lif, Jesca Hoop, Nothing and The Fleshtones, (sure to do tracks from their RSD 2016 single) and starting with a DJ set from Eli “Paperboy” Reed, who may or may not slip his own RSD 7” into the mix.  Merge Records spreads out across their homestate of North Carolina with Eric Bachmann of Archers of Loaf at Schoolkids Records in Durham and label founder Mac McCaughan bringing his Superchunk bandmate Jim Wilbur to Harvest Records in Asheville for an acoustic performance. (Superchunk’s Tossing Seeds sees a vinyl re-release on Record Store Day). North Carolina’s Dexter Romweber is also on the bill at Schoolkids, his Flat Duo Jets have a double 7” single on the RSD Official Releases List.

Record Store Day’s list of official releases and the stores who celebrate are diverse and fans of both the quietest acoustic and the heaviest rock can find something to love. Events on RSD 2016 run that gamut too, with acoustic performances from Firekid (Seasick Records in Birmingham AL), Wild Feathers (Strictly Discs, Madison WI) and Paul Nelson (Johnny’s Records in Darien CT) sharing the day with appearances from OTEP (signing their RSD 2016 picture disc at Silver Platters in Seattle WA), Al Jorgensen at Fingerprints in Long Beach CA. and Killswitch Engage, who can be found engaging at Newbury Comics in Leominster MA. Comedians get into the RSD game too, and Jim Breuer will be representing with a Q&A session at Looney Tunes in Long Island NY.

A few folks will be making multiple record store stops on 4/16, including the subjects of the Official Film of Record Store Day 2016, Butch Vig and Steve Walker. Their studio is at the heart of the documentary The Smart Studios Story, which will show at the Chicago International Movies & Music Festival on April 13, and the two will be on hand at both Reckless Records in Chicago and their hometown Mad City Music Exchange on Record Store Day.  Dylan Gardner, a young musician with a beyond-his-years musical knowledge (and vinyl collection—check out the first installment of Dylan’s Favorite Records on www.recordstoreday.com) has his own LA-area mini-tour that Saturday, making stops at Freakbeat Records, Canterbury Records, High Fidelity, Permanent Records and Resistor Records in support of his RSD 2016 7” single.

This is just a brief look at what’s going on around the United States on April 16 to celebrate the culture of the independent record store. Literally hundreds of bands will take the stage moving thousands of people to head-nod, dance, sing and clap along– like a party—a party at a record store.

Record Store Day, the global celebration of the culture of the record store, takes place annually in April.