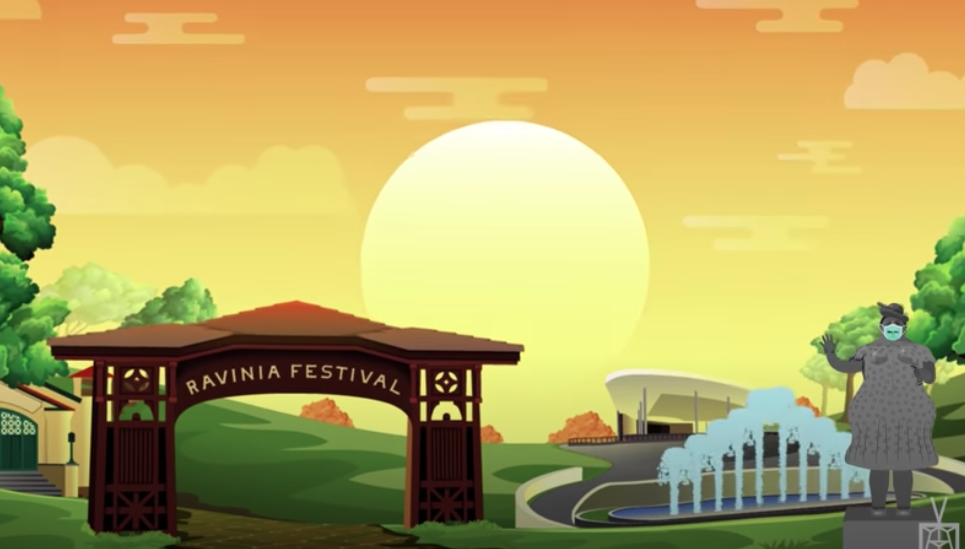 The latest episode is headlined by The Blooze Brothers, who take the “Chicago’s Own” spotlight for an exclusive mini-concert on the festival’s main stage, paying their signature homage to the cult-classic film, which celebrates its 40th anniversary in 2020. At the top of the show is an interview with Jennifer Ringo, who, having led a three-decade career as an operatic soprano, shares her singing and diction expertise, as well as her approach to connecting with language, on the faculty of Ravinia’s Steans Music Institute.

The episode will also bring viewers a “TOPical 5” countdown of the top 5 ladies of soul, picked and presented by Samantha Thomas of WVON 1690 AM’s evening show “Samantha Is TALKing,” as well as the third part of a recurring comedy sketch by The Comic Thread and Bitter Jester Studios, featuring the WGN Midday News crew as special guests, and an exclusive performance from home by acclaimed pianist Lara Downes, who was to have performed two concerts at Ravinia this summer as part of the festival’s celebration of women’s voices.

A spotlight on Ravinia scholarship recipient Joshua Redfield and 100 Black Men of Chicago showcases one of the organizations throughout the region that the festival works with to create access to music and education alongside its own Reach Teach Play programs. This marks the third year Ravinia has awarded a scholarship to a student through 100 Black Men.

New episodes of the Exelon-sponsored weekly series are released every Friday at 7 p.m. CDT on Ravinia’s YouTube channel and Facebook page.

Outdoor Activities: Riot Fest Goes To The Movies - Coming to a Drive-In This September COVID Concert Review: Out of SPACE And Just In Time