Peter Hook & The Light Bring The Sounds And Majesty Of “Substance”: Music Of Joy Division And New Order To The Metro Chicago 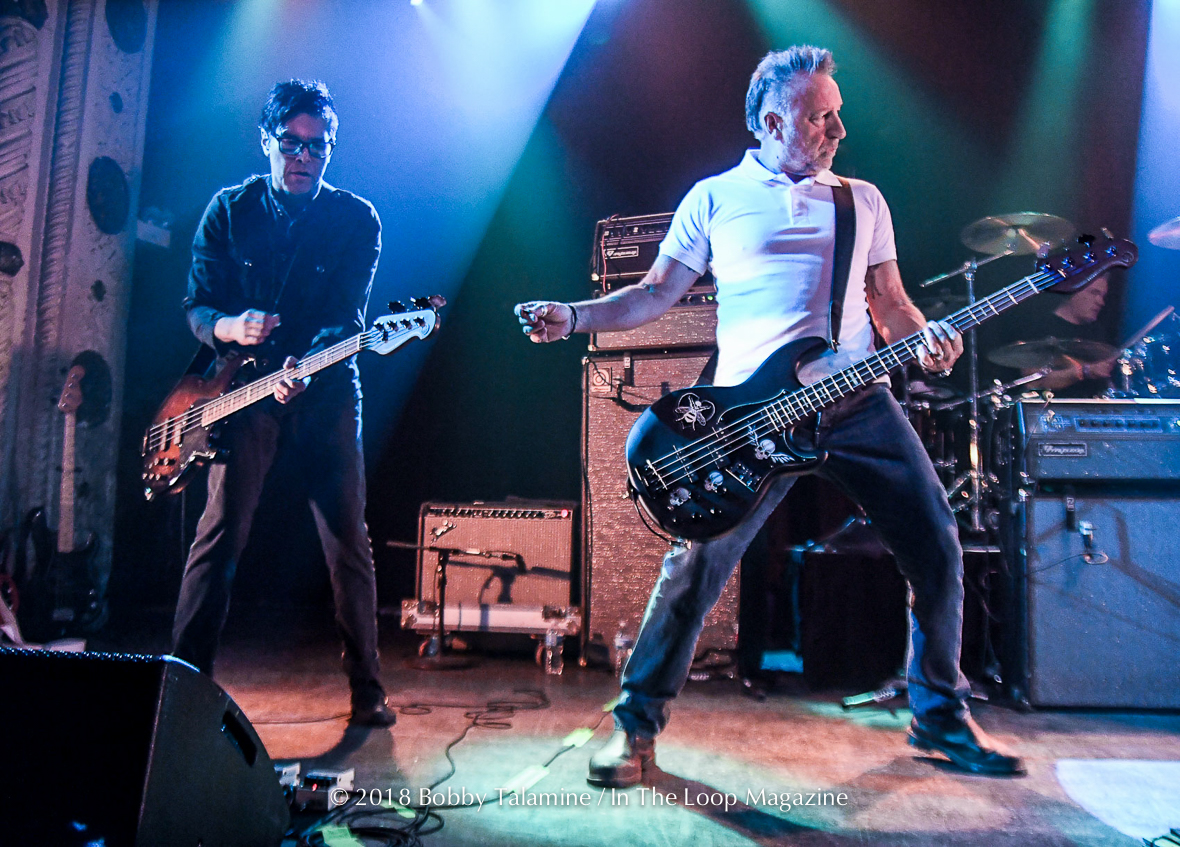 Hard to put into words the excitement one feels when anticipating and hearing live Peter Hook and his band play the music of such scope and beauty as Joy Division and New Order. No one plays bass like Peter Hook. Technically- his sound is on the upper register when heard on record or live- as is this case for tonight at the Metro. It’s a sound that has become immediately identifiable, almost upon the first couple notes from the strings- as if Peter’s bass is the lead instrument in the catalog of songs you choose from, or hear firsthand when playing live. Peter strikes a dominant stance throughout the show- making it known clearly how proudly he waves the flag of all things Joy Division and New Order.

There is no support band on this stop at the Metro, as in past tours when Hooky has come through town. None is required – none is needed. He comes off as an everyman when hitting the stage- white short sleeve polo shirt, with bluejeans. That’s what is so cool about Hooky- nothing fancy needed, just strap on the bass and let’s get to work.

Hooky made it known immediately how he felt in some ways that this was his home, playing at the Metro Chicago, and his bond with the owner, Joe Shanahan. The first song on tonight’s setlist needed a quick explanation too:  from previous stops here in Chicago he meant to play the song “Too Late”- and for tonight’s show that was going to rectified right off the bat- to jubilant applause from the faithful in attendance.

Hooky loves to use the whole stage for his dynamic playing, making sure everyone in attendance has the chance to view his playing and magnificent bass skills live and in person.  I for one love hearing these songs from Substance played live, especially at the one and only Metro. It brings back such sweet memories from the late seventies and early eighties- and where you were when hearing “Age of Consent” for the first time (that would be at Wax Trax! Records on Lincoln), or “Thieves Like Us” (also at Wax Trax! Records). Such undeniable joy, hearing these songs live, also the second set of Joy Division nuggets that were performed one after the other.

The Joy Division set clearly has the more darker undertones- burning with a deep passion and longing that latter New Order didn’t quite need to touch and still embrace. That’s what makes this show so inspiringly different- same musicians with Peter Hook & the Light- but two different sets that have the feel of two different bands, if that makes any sense. I for one am a true fan of both- simply because they are so uniquely different, and – as we all well know, New Order rising like a phoenix from the tragedy of what was Joy Division.

Hooky clearly loves playing these songs live, attaining a level of musicianship which makes him stand alone amongst the many, with a no bullshit attitude to boot. Well needed in this day and age. More of Hooky coming through town and hitting the Metro stage is fine by me.