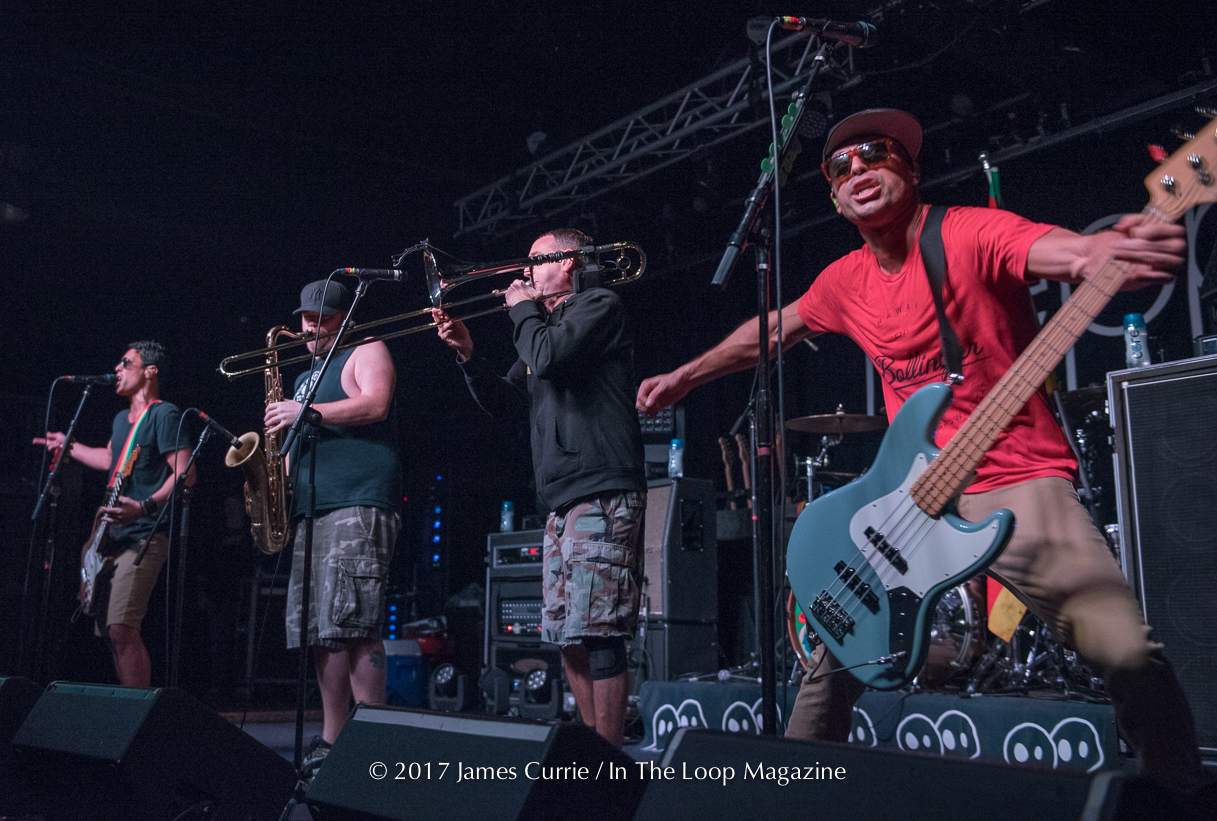 Pepper rolled into the Concord Music Hall last night and warmed up the crowd opening for Less Than Jake. This stop on their co-headlining tour was a perfect way to forget about the typical cold February weather that was outside. Pepper definitely did not disappoint during their hour-long set. The previous time they were in town was last year during Riot Fest in Douglas Park. It was great to see the guys have the opportunity to play a longer set incorporating various songs from their seven studio albums.

Pepper started the night with “Love Affair” off of the In With The Old album. The packed crowd instantly began swaying and dancing as they sang along with Kaleo Wassman. Bassist, Bret Bollinger, took over on vocals for the next song “Like Your Style”. Throughout the night Kaleo and Bret inter-changed on vocals as Yesod Williams kept the tempo up on the drums. Having great bands play together on a tour develops into a long and lasting friendship, which was apparent when Buddy and “JR” from Less Than Jake came out and gave “Ho’s” a brass feel on the trombone and saxophone respectively.

Keeping the good vibes alive, Yesod treated us to a fun drum solo as he transitioned into playing along with Daft Punk’s song “Get Lucky”. The crowd was happy to interact with Yesod as he clapped his hands above his head. Since it was Kash’d Out’s last night on the tour, Greg Shields and Jackson Hauserman came out and played an acoustic version of “Fuck Around (All Night)” with Bret. It was also great to see Kash’d Out, who was recently added to Pepper’s Law Records label, enjoying their time on stage. I am sure this is not the last time I am going to see them in Chicago.

Yesod and Kaleo joined Bret back on stage and got the crowd moving more with “Freeze” one of the many great songs from Pink Crustaceans and Good Vibrations. Concord’s layout and sound engineering was a great accompaniment to Pepper’s enjoyable vibes. As I stood in the middle of the room, the sound was crisp as I was able to hear each instrument and the crowd singing along to their favorite songs.

Pepper brings it each and every time they perform. Interacting with the crowd, even on a Wednesday night, making sure we all feel the gracious ohana spirit that they have been instilled with growing up in Hawaii. Like many others from the night, I hope to see them in Chicago more than just once a year. If that is not a possibility, I might just have to get myself to Kona Town sometime and see how the locals love some fellow local guys done great!

For more info on Pepper, including current tour and music, click here

For photos from the show at Concord Music Hall, click here