The Orwells Return To JBTV To Packed House 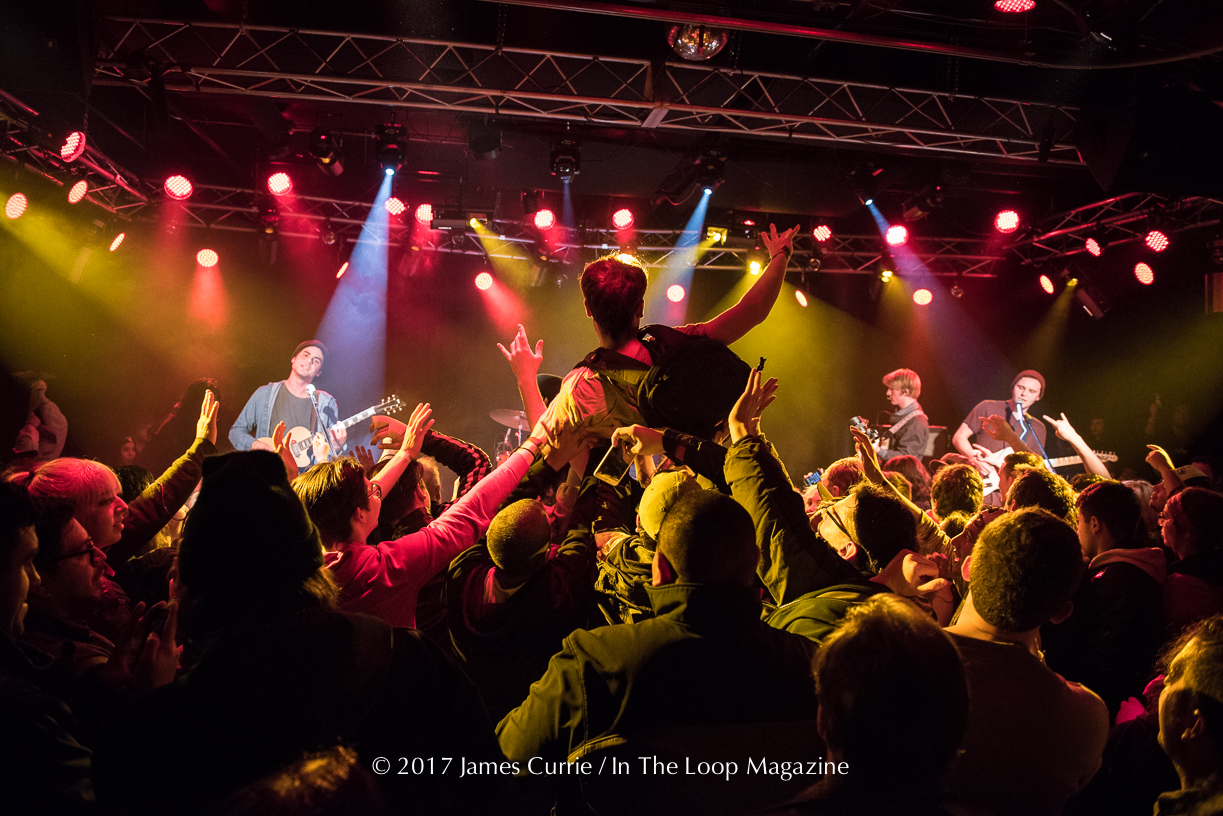 Elmhurst, Illinois greatest export since Keebler & Famous Amos cookies, The Orwells, make a triumphant return to the JBTV Studios. The first time the Chicago based band played there (2014) were more friends and family in attendance than fans. Not this time. The joint was PACKED! Oversold without a doubt. The line wrapped around the block and then some. I’ve been to a more than a few JBTV Studio events and this was by far the largest one I’ve experienced.

Since their debut, the band have really grown. They’ve played festivals like Lollapalooza and Riot Fest. They’ve been signed to a major record label and even played on Late Night With David Letterman (A performance that not only turned America’s heads, but Letterman as well as he asked for them to comeback and play more).

The Orwells have a new album coming out this month. Their third studio album called, “Terrible Human Beings” (Atlantic Records) will be released on February 17th, 2017. It features 13 songs, 2 of which are already fan favorites. The opening track, “They Put A Body In The Bayou” started off this nights performance. A song that almost everyone sang along with. Another popular track with the fans was the 86 second track, “Buddy”. A song that the band had fun with struggling to get it going. Lead singer, Mario Cuomo, made some aggressive comments showing his frustration they didn’t get it going on the first time through. Guitarist, Matt O’Keefe said, “We’re not ready to have a record come out!” (eyes roll) “We’re a fucking mess!” screamed Cuomo. All half hearted as it seemed to be in fun as they tore through it with no issues.

The fans, who could get in the overstuffed room, went absolutely nuts! They staged dived, crowd surfed, sang along with almost every song and had a great time as you could see from all the smiles on their faces. This was the best, ultimate fan experience you could get. Up close and personal private show for you and a couple hundred other fanatics. The one part that really made me laugh, was when a few, larger, fans decided to stage dive and were met with a parting of the seas as they plopped down HARD to the floor. They hit so hard you could not only feel the impact, but hear it. And that was while the band was playing at full blast!

Jerry Bryant, the mastermind behind JBTV and superior camera crane operator, knows how to through a party. This was a welcomed celebration of The Orwells as well as creating a time capsule for future reference. Bryant and his crew featuring Greg Corner, let the fans know this was going to be something broadcast soon. A broadcast to be released sometime around the release of the bands new album.

If you didn’t make it to this live performance, you missed a good one. The Orwells are at the top of their game. They were completely alive and on point. Cuomo was engaging and wild. The rest of the band was tight and equally aggressive. They’ve already grown tremendously in a very short time. Something incredibly impressive for anyone, let alone teenagers and early twenty somethings.

Be sure and check in with JBTV often for this performance. There are several ways to watch with multiple channels and online streaming. The new album, “Terrible Human Beings” comes out in just a couple weeks. This is one this reviewer is looking forward to.

For info on JBTV and upcoming scheduled events (including this performance broadcast), click here

For photos from the JBTV Studios show, click here

Setlist for The Orwells live at JBTV Studios