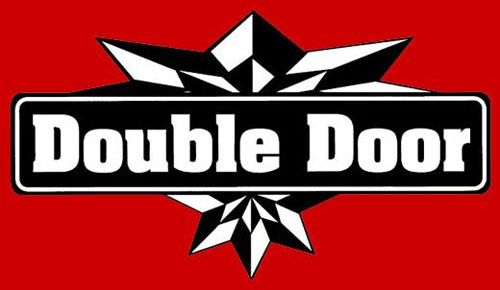 Sean Mulroney and Joe Shanahan, co-owners of Double Door, learned this morning that Double Door has been evicted from its longtime Wicker Park space after 23 years in the neighborhood.

A legal battle—dating back to November 2015—between the Double Door owners and their landlord Brian Strauss came to a close on the morning of Monday, February 6, when Cooky County sheriff’s police posted a “No Trespassing” sign on the club’s door and a locksmith changed the venue’s locks. “Double Door has tendered January and February rent payments on three separate occasions, all of which Strauss has refused to accept,” Mulroney said. “In the interest of protecting both employees and performers at Double Door, we attempted to craft a deal to guarantee our residency through June of 2017.”

“We were negotiating in good faith as until 6:00 p.m. on Friday in my office,” Double Door attorney Cary G. Schiff said. “While the negotiations did take a pause, there was no good faith explanation for the Sheriff arriving first thing Monday morning. I can only conclude that was the plan all along.” The deal would have forced Double Door to turn over its license, assets and intellectual property, along with a substantial security deposit and a severely hiked monthly rent. The negotiations, however, transpired while Strauss held full knowledge of the sheriff’s plans to evict Double Door.

This hardly marks a conclusion of the Double Door proceedings, though—Shanahan and Mulroney are reserving their right to pursue a cross claim against Strauss for the eviction proceeding. The duo will also continue to make headway on the venue’s relocation to the Logan Square.

“This is merely another chapter for Double Door—it is not the end of its iconic presence as a music venue and arts incubator in Chicago,” Shanahan said. “Double Door will continue to commit itself to protecting its staff and bands in its current location as long as possible.”