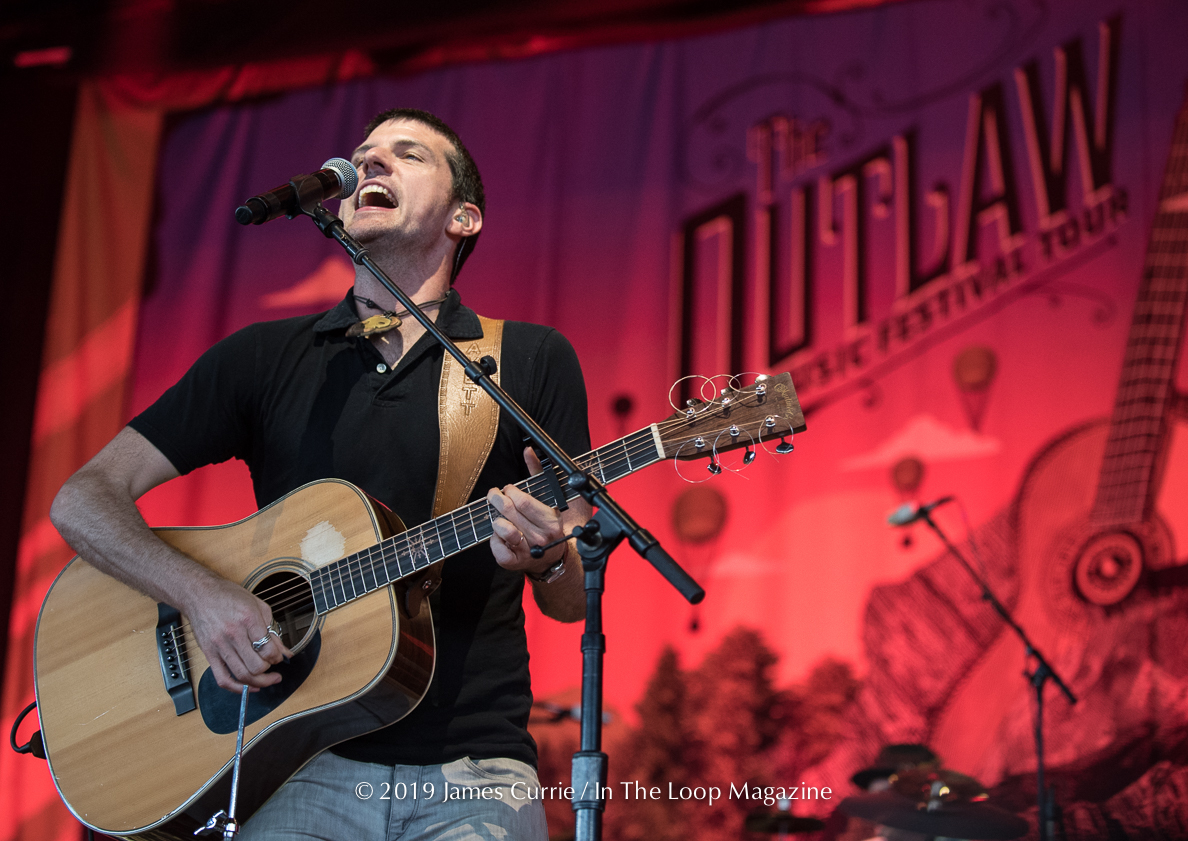 With a title like “The Outlaw Music Festival”, you’d think this event could have been for lawbreakers and con men, but that’s not the case. This outlaw rally is about the true country rebel spirit led by one of the original singing cowboys that have stolen more hearts than done time, Mr. Willie Nelson. With a crowd that fell in and out of everything from a tantric swoons to warm washes of gospel amens and waves of tie-died trippy hippy dancing, this music festival flowed through many veins of the true county culture keeping giving a new meaning to outlaw country as todays country music seems to have went a new direction that is almost criminal.

On this date, Willie Nelson’s Outlaw Music Festival brings together a pretty solid mix of classics and modern renegade musicians ranging from opening acts like Lissie and Dawes. They got the early spots warming the already hot crowd up. The next acts brought out even more emotions as Old Crow Medicine Show and Alison Krauss brought folks to their feet and then back down weeping in their beers with a one two punch. Taking the headline spots was Grateful Dead founding member Phil Lesh & friends who took the event to a new level with groovy jams and classic dead anthems. Of course capping off the night was the man who made it all possible, Willie Nelson. The man who really knows how to address his fans and deliver what they want.

The crowd that attended this Outlaw Music Festival was a mix of all ages from student to grandparent. Families even attend and happy couples held arm in arm sing along with nearly every song by any of the bands. Lots of tipping of the cowboy hats from ol’ skool wranglers to Jimmy Buffett floppy hats and even a few trademark Willy Nelson red, white and blue headbands. Lots of Willie hair braids on both men and women followed by a mix of deadheads in dreadlocks and parottheads in Hawaiian shirts.

A little of the old with the new as cowboys jigged in the isle in alligator boots and Stetson hats and the hipsters in vintage concert t-shirt’s covered in tattoos prompting everyone around them to take notice. We saw plenty of gentlemen’s beards a flowing in the breeze. Great whiskers of all sizes and colors from the five o’clock shadow to Father Time. Lots of Bud Light and (somehow this is still a thing) Twisted Tea flowing as the summer heat was kickin’ full blast. And of course, smoke was in the air from time to time that was particularly strong during Phil Lesh and Mr Nelson’s set, imagine that.

Highlights of the Outlaw Music Festival came from a few of the acts. Old Crow Medicine Show is a fresh upbeat take on classic country music. OCMS music is filled with everything classic country tunes are made from like violins, acoustic guitars, stand up bass, ragtime pianos and just the right twang in the voice. It’s real. What I mean is it’s not studio fabricated musicians playing record executives prefabricated songs. These guys the write from the heart even though they don’t seem old enough yet to have lived it. They are fresh, lively and relevant. It’s fun to see and hear them live. They kept things lit hearted by making reference to the fact the Illinois just passed the marijuana law and how happy that makes Willie Nelson and just about everyone else on the tour. Then they jump into the pot smoking song “I Hope I’m Stoned When Jesus Takes Me Home”. They were even joined on stage for a song with Scott Avett who kept the momentum rolling. When they finished a slide of Willies Reserve appears on the large i-mag screens reminding everyone of his next big outlaw side hustle.

Alison Krauss’s set transforms the stage into a 1940’s theatre back alley complete with Benny Goodman and Vaudevillian show posters plastered on the wall, vintage street light, various props laying around like a wood cabinet radio, rusty gold bicycle, luggage, doll houses and a park bench. The later was designed for band members to sit while taking a break from songs they didn’t play on. I can’t help but think of Dolly Parton when she sings in her vintage looking silk dress, golden locks and soprano vocal style.

The Avett Brothers another youthful classic country band are always a highlight of any show they are on. The energy they bring is untamable from the start to finish. Even when it starts to rain just after starting their set, they (and the crowd) don’t let it affect them one bit. Scott Avett (who also does a mean jig) at one point jumps off stage and runs through the house singing to folks along the way before making his way back. These guys are just pure talent with songs that will make you weep one minute and stomp your feet the next. Always so gracious, they thank the crowd for coming and Mr Nelson for bringing them along. They’re just a feel good band that you can’t help but love. And wow does this audience.

Nearing the end of the night, Phil Lesh and Friends takes the stage and transforms the country vibe into a jam band gig. The band plays off each other with smiles from one end to the other. You can tell this is fun for them. The songs are classic Grateful Dead jams that last about an hour and a half with hits like “Terrapin Station” and an extended version of “Friend of the Devil” that lasted almost a quarter of their set.

Closing things out was Willie Nelson flanked by a building size Texas flag. He played through a quick set of hits like “Whiskey River”, Georgia On My Mind” and “Roll Me Up and Smoke Me When I Die”  before calling out several members from earlier acts like Phil Lesh, members of Dawes, OCMS and what looked like his son Lukas Nelson all filling in in the back. Fan’s sang along to “On The Road Again” and more before hanging up their hats for the night. Just in time too as the rains let loose soon after.

For more on Willie Nelson and the Outlaw Music Festival, click here