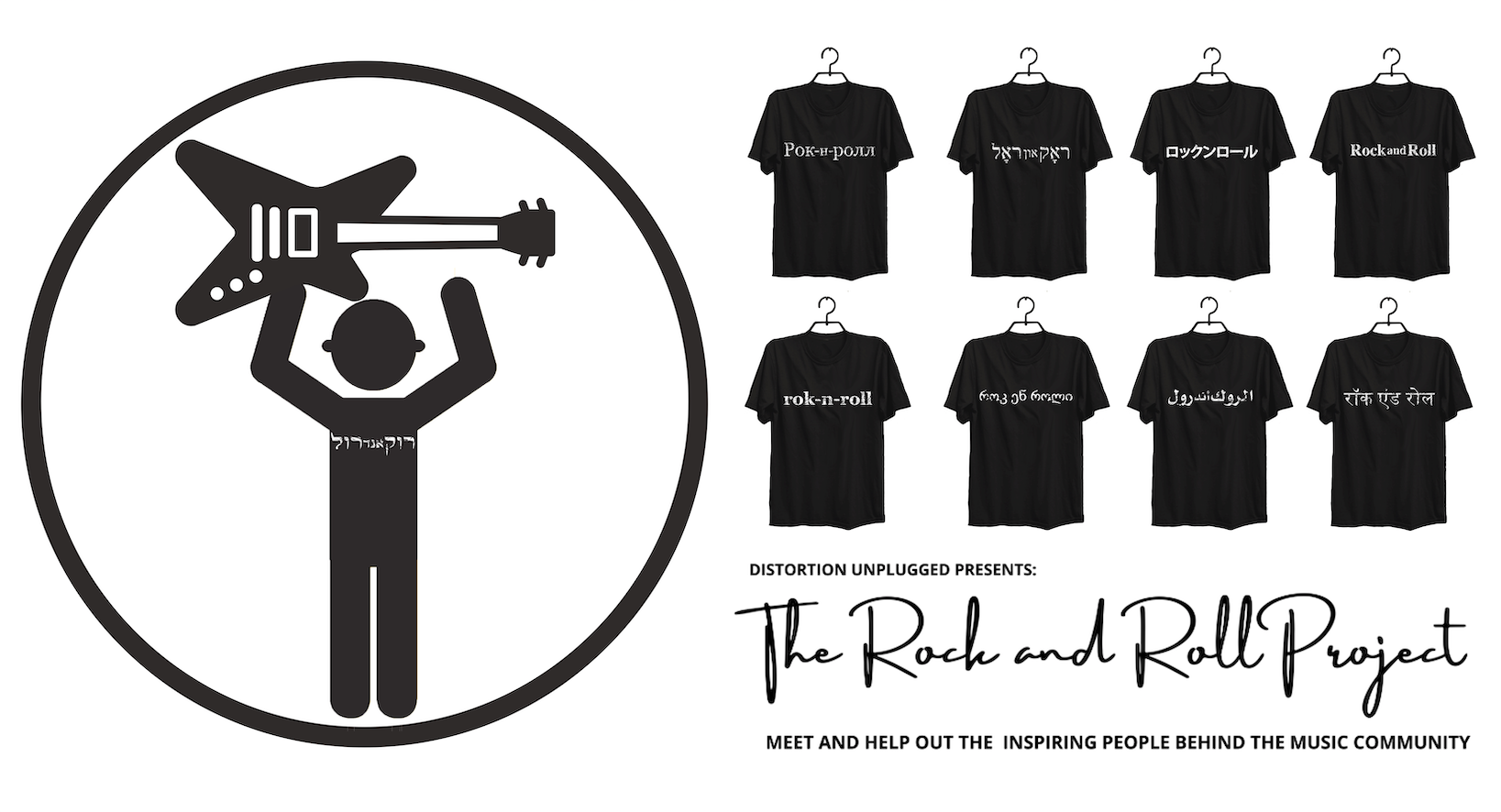 2020 was a difficult time for the world with not only people getting sick and dying from a new disease, but everything shutting down and socializing cut to a minimum do to the COVID-19 outbreak. Those in the arts & entertainment, hospitality and especially music industry were hit the hardest with no return to work in sight. No work, means no income which for some, means a new career or at least hankering down and stocking up on Ramen for a while.  It’s now 2021 and we’re still not back to it like 2019. A spotlight is finally appearing at the edge of the stage, but we’re not ready to step up to the mic yet.

This cut off from social interactions doesn’t mean the death of creativity. As a matter of fact, a few have flourished and found new wings. One of those new creative outlets is “The Rock and  Roll Project”. It’s an online charity campaign for the music industry and its community as well as creative squawk box outlet. It was created by someone who has documented the music world with her photography for many years, Dana “Distortion” Yavin. Yavin didn’t let a global pandemic stop her from creating. It didn’t stop her from wanting to help others in the industry. She partnered up with friend who is also involved in the music world, Nora Shazlin. Shazlin is a tour manager when things are going normal. Together, they run the site and its content.

They created the site for all music lovers. A place for others to read and share positive vibes during these tough times. Yavin stated on their site, “I just came up with an idea to bring a smile and some hope to help us get through all this. My idea was not only to share stories of some amazing people in the music community, but also to do something that may help some people out financially in this strange time.”

The Rock and Roll Project is set up for a couple reasons. The first is a custom made t-shirt with the words, “Rock and Roll” in various languages. It’s a classic black t-shirt with simple white text. 100% of the profits from the sale of the shirts are set aside to be donated to MusicCares. You can choose from 14 different languages.

The other part of the site is its blog. Currently set at new content being posted three days a week, it will feature new stories from inspiring people who work in and within the music industry at all levels. You’ll see some familiar names of those right out front and other not so known behind the scene folks who will offer a new light on the same topics. These blogs will be filled with short stories from those help make music happen, not only musicians, but guitar techs, stage hands, managers and more.

Some of the featured guests on “The Rock and Roll Project” include names you’ll surely know like Andy Rourke (The Smiths, Ian Brown, Pretenders and Sinead O’connor), David Ellefson (Megadeth) and Fred Armisen (SNL, Sleater-Kinney and Late Night With Seth Myers). Others on the site may not be household names, but just as involved in behind the scenes actions and include people like Maya Sontheimer (Wacken Open Air), Rey Roldan (Founding Publicist Reybee) and Liz Walton (Citizen of the World, Manager of Ministry). With each of these stories, you’ll hear fun, uplifting and entertaining stories from the music industry you might not normally know.

“The Rock and Roll Project” is a welcomed addition to positive online chatter, especially during this time when there has been so much negative content tweeted, posted and shared. A great cause for helping an industry so sorely damaged. It’s a chance to read some inside scoop off the beaten path and sport a cool new black t-shirt to boot.

To learn more about “The Rock and Roll Project, get involved, support their cause and get some overall positive chi, click here