New Album From Avatar, Avatar Country, Most Diverse Album To Date, Brings The Progressive Kings To The Forefront 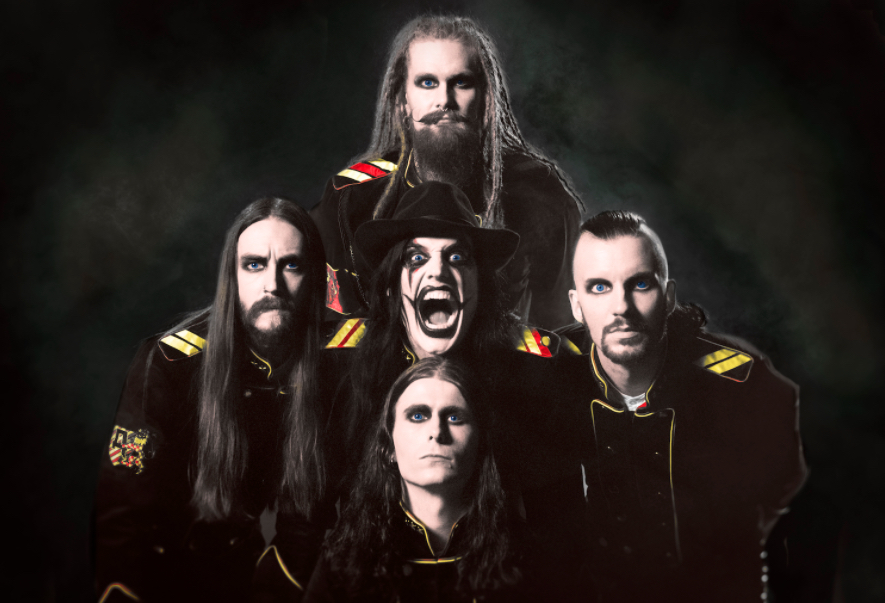 Swedish metallers Avatar have been extremely busy for quite some time now with touring extensively worldwide, playing festivals and more. Most notably, the quintet will be releasing album lucky number seven January 12, 2018 titled, Avatar Country. As a fan, the album is easily their most diverse and dynamic to date. Taking things to an unpredictable manner at various times with enough familiarity to still keep things within Avatar world, you’ll get all affairs groovy, melodic, thrashy, progressive, epic and even jazzy at one point, yes jazzy.

The album tells a tale and concept of a being who entered a barren land on horseback. He wielded an axe with 6 strings and after seeing how dystopic the land looked, he struck the ground, lightning appeared, storms ensued and water sprung from the ground in which the surviving people of this barren land knelt down and drank. The being reached into the water, grabbed a crown, put it on an announced that the land would be known as Avatar Country. That’s the fast version of the story, and once the album comes out, you’ll be enticed to hear the rest of the story. In terms of a track by track format, not one song sounds alike and each song could be almost put into its own genre/subgenre.

Pay some brief respect in Glory To Our King in this royal opener sets the atmosphere up before launching into the all-encompassing, Legend of The King. Neoclassical elements open the way before we get groovy overall on this eight-minute track. There’s plenty of guitar harmonizing and arpeggios to satisfy just about any guitar craving freak. The King Welcomes You To Avatar Country, is slightly southern sounding with a slight circusy sound that the band has incorporated into their arsenal over the years. If you want a curveball thrown at you, stick around for the jazzy piece later on in the track.

Of course Avatar is known for their more extreme tracks and this album is certainly no exception. Such is the case in Kings Harvest. Very much groovy, this riff-driven assault is headbanger friendly, meanwhile the vocals get maniacal and menacing. Similarly, A Statue Of The King is where you’ll really want to unleash the metal demons. An eargasmic hook is cast before getting thrashy and a blitzkrieg of drums, double bass and riffs all are launched. But before we get melodic and epic later on, you’ll experience The King Speaks, a unique vocal track that really is a speech, no metal antics here.

Perhaps my favorite track of the album is King After King. The sentimental opening intro, the emotion in the vocals, triumphant lyrics, it’s without a doubt one of the best on the album. The backing choirs also give the track a very much epic atmosphere. But before we reach the epic conclusion of this historic tale, Silent Songs of the King Pt.1 – Winter Comes When The King Dreams of Snow, brings nothing but metal and a soiree of electronics. The calm before the storm, the ambient and translucent atmosphere is stimulating and paves way for Silent Songs of the King Pt. 2 – The King’s Palace. Another instrumental only, the track perfectly paints a picture of approaching a palace that will ensue the next chapter this story takes place in. A mid-tempo progression dominates with the track overall retaining a more tame yet elusive and ominous sense.

Easily one of their more dynamic and varied albums, this is one of the best concept albums you’ll hear and what a great way to start 2018 than with Avatar Country. If you love unpredictability, originality and just about every element in metal there is, you should check out this album. Fans of the band will certainly be in for a treat as there is enough stimulation to keep things tasty and satisfying. Count this on being one of the premier albums of the year!

The End Of Days Is Near, Slayer Announce Retirement and Final Tour For 2018 Wrigley Field Getting New Players This Summer As Def Leppard and Journey Tour Through The Friendly Confinds