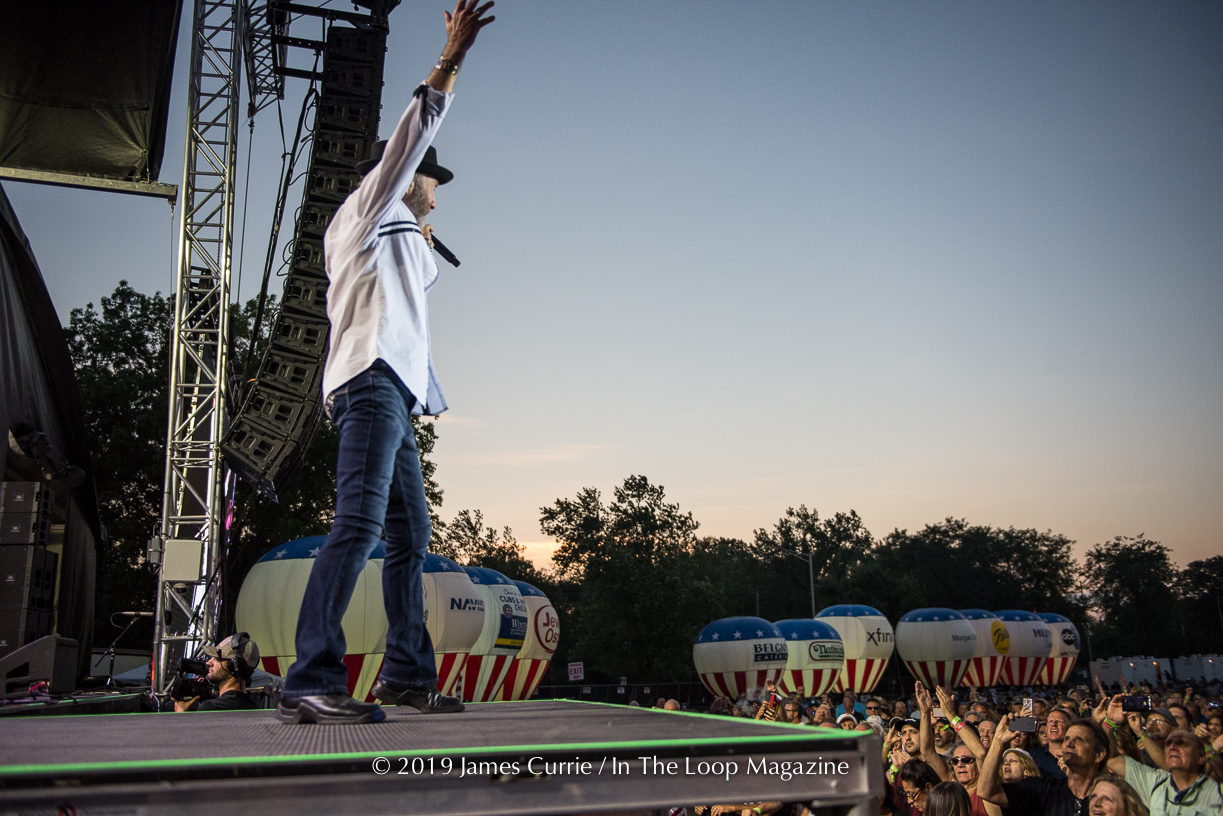 Naperville’s Exchange Club has done many great things in it’s time, but none greater in people attendance, musical acts and BBQ larger than it’s annual Ribfest. For over 30 year, they’ve brought in cart topping bands like Stray Cats, REO Speedwagon and Hootie and the Blowfish. This year was no different in that aspect as they staged artists such as Billy Idol, Bad Company and Flo-Rida. The only major difference this year, is that it’s the last year for the Ribfest as we know it in Knoch Park.

Opening night was the ultra popular retro 80’s night headed by the legendary British cyber punk rocker, Billy Idol. Opening for him was the equally important Living Colour. Living Colour really knows how to entertain. They came out with a colorful backdrop and clothing to brighten up the formerly cloudy day. Led by singer Corey Glover, the band is still in top form as they came out, rocked out a Robert Johnson cover and an announced they’d be playing their seminal freshman debut, Vivid (which is 30 this year), in it’s entirety. Then launched into the hit everyone knew, Cult of Personality. After the album was done, they jammed into classic rock covers like Elvis is Dead, Creams – Sunshine of Your Love and the Clash’s – Should I Stay or Should I Go.

Headlining opening night was the always unpredictable but consummate professional, Billy Idol. Idol’s band is a supergroup on it’s own. Most of the members play in other bands like Royal Machines. Each one a serious hired gun from rock royalty like Billy Morrison and of course the guitar slinging king of glitter and hair- Steve Stephens. The former Generation X front man Idol kicks the show off right with Cradle of Love, Dancing With Myself and Flesh For Fantasy. What a way to wake people up from their meat coma’s. The hits just keep coming through 13 cuts ending with Rebel Yell. Honestly, if you didn’t love this performance, you should have just stayed home.

On the final night of Ribfest 2019, we get a classic rock mix from Grand Funk Railroad and Bad Company as well as fairly new comber to the music scene (as far as these legendary bands go anyway) ZZ Ward.

The Flint Michigan band, Grand Funk Railroad got this crowd warmed up. No doubt about it. Honestly kind of shocked they weren’t a headliner on another night alone. We got classic jams like I’m Your Captain (Closer to Home) and We’re An American Band. American flags were flying high this day. The closed out a short set of just 10 songs, but no one seemed to mind.

Up next was ZZ Ward. Zsuzsanna Eva Ward or ZZ Ward as she’s more commonly know came out with her backing band and kept the momentum rolling. Her style is different than the others, but still worked. She’s a little country and a little rock n roll with a twinge of rap. She was upbeat, energetic and made you smile. After playing just under an hour, she graciously thanked the crowd and left the stage.

It’s now the final hour. The end of the night. The headliner to end an era. The Paul Rodgers led Bad Company took command of the house and got people to Live For The Music for one more night in Knoch Park. Again, this band didn’t play around. They came out with all the hits, Can’t Get Enough, Rock n Roll Fantasy and Movin’ On. They continued on with a couple covers, including some early Rodger band songs from Free (All Right Now) and Mott The Hoople (Ready For Love) as well as a Bob Dylan classic All Along The Watchtower and another artist cover who also was known to cover the later song, Jimi Hendrix with Little Wing and Angel.

The festival itself was pretty much like in the past. A second stage on the far side of the park with local cover bands. One the played through Pink Floyd’s The Wall. Carnival rides, games and vendors like any summer festival as well.

BBQ was the other highlight of the festival. Serious ‘cue judging was going on in the south end of the park. They had pit masters competing for trophies larger than a human being. The winner this year was Uncle Bubs BBQ from Westmont. A local favorite by many as the line for their booth was at least twice as long as the others.

So where does this go from here? How can festival organizers like Bruce Erickson continue this long standing tradition? We’ll, from what we know so far, it will no longer be Naperville’s Ribfest. It seems that nearby southwestern suburban town Romeoville will take over. We’ll see how that plays out and which ‘cue with do.

For more on the future of Ribfest, click here