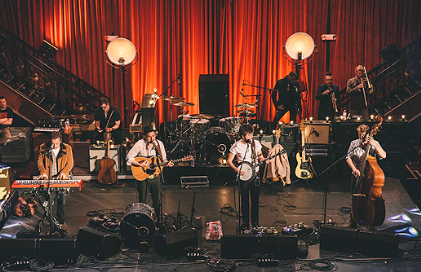 British rockers Mumford & Sons will be at Montrose Beach on Friday June 19th and some tickets are now available to their previously sold-out show.

The band was forced to postpone its Wednesday concert after heavy rains on Monday left the ground at Cricket Hill along Montrose Beach so soggy, crews could not get the stage set up in time.