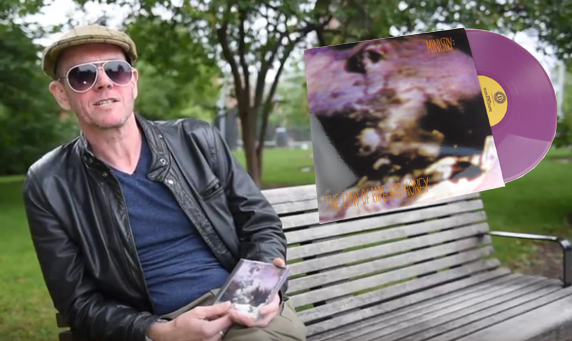 It was the album that changed everything—establishing the trajectory for the band Ministry as well as the sound that would be dubbed industrial music. On October 11, the band’s pioneering album, “The Land Of Rape And Honey,” turns 30 years old. Originally released in 1988, the album produced the hit single “Stigmata” and went on to be certified Gold by the Recording Industry Association of America in 1996. It remains one of the band’s best selling albums.
See a visual collage of the record’s finest moments, created by Ben Garcia:
https://www.youtube.com/watch?v=m6dAnAD2kfI
To celebrate the anniversary, some of the album’s personnel are contributing to a new video series (brought to you by James Currie  right here with In The Loop Magazine) reflecting on the studio sessions and lasting legacy. First in the limited series is Chris Connelly (see video link), a contributing member of the band starting with “The Land Of Rape And Honey” and continuing with 1989’s “The Mind Is A Terrible Thing To Taste” and 1992’s “Psalm 69: The Way To Succeed And The Way To Suck Eggs.” Look for more episodes coming soon.

Video by James Currie / In The Loop Magazine
Earlier this year we here at In The Loop Magazine captured another historic moment as Connelly and Jourgensen famously reunited for the first time in 15 years to perform hit “So What” together at Chicago’s Vic Theatre during the first leg of Ministry’s AmeriKKKant tour (the second leg begins November 21, 2018). See video of the moment below:

Video courtesy of James Currie / In The Loop Magazine
Says Connelly of the reunion and possibilities for the future, “It was certainly the highlight of my year. It was great to be reunited with someone who has essentially been an older brother to me since before I even moved to the states in the ‘80s. It also seemed so familiar and as if no time had really passed, as well as the possibility of new beginnings.”
To further celebrate the anniversary of “The Land Of Rape And Honey,” Ministry will also release a special collector’s edition T-shirt as seen below at www.MinistryBand.com, which will be on sale starting October 11.

“Really, 30 years ago? It was the half-way point of my life, and as much as I like this record, it’s kind of a shame that some of the same topics I was railing about then (fascism) are still pertinent now,” says Jourgensen. “Time flies, but nothing changes.”