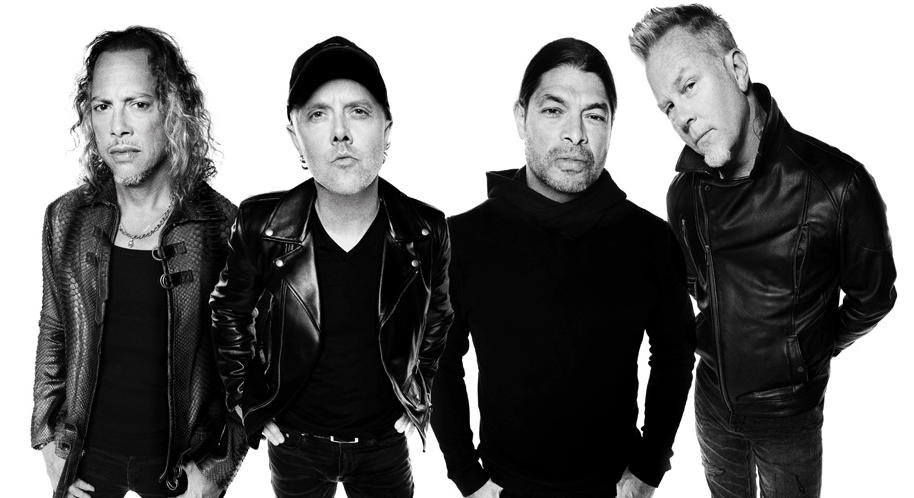 It was one of the worst kept secrets in the touring world and now we’re here to finally make it official… yes, the WorldWired tour will be hitting the road in North America this summer for our first extended tour of the States and Canada since 2009! Whew… it certainly has been way too long and we are beyond excited to be visiting all of our friends in North America. We’re also psyched to announce that after joining us in Minneapolis last year, Avenged Sevenfold and Volbeat have graciously signed on to be the main support acts for the run.

We’ll be visiting mostly football and baseball stadiums with a few festivals sprinkled in, along with (once again!) participating in the grand opening festivities celebrating the re-opening of Nassau Coliseum in New York. As we introduced for the Mexico City shows, and you seemed to dig it, every ticket purchased includes your choice of a standard physical or standard digital copy of Hardwired…To Self-Destruct. Keep it for yourself or gift it to a friend or family member… you’ll receive info via e-mail after your ticket purchase on how to obtain your copy.*

The recent shows in Copenhagen brought the well-received debut of the enhanced experience options designed to take your Metalli-night to the next level. For this tour, we have again partnered with the team that makes it all happen at CID Entertainment to offer four options of special enhanced experiences, including premium tickets and amenities ranging from early access to the venue and the ‘Memory Remains’ exhibit of memorabilia to meeting some of us(!). For full package details and to see photos and video from Copenhagen, click here.

Finally, we’re proud to also announce the formation of our All Within My Hands Foundationand our collaboration with Crowdrise. We hope we’ve inspired you to make a donation when you purchase your tickets to the upcoming gigs… you can win some pretty cool prizes each night in the States and one lucky winner for the tour will travel with us to a show along the way. Check it out at crowdrise.com/metallica.

It’s been a long time coming and we cannot wait to be a part of a good old-fashioned summer tour from coast to coast. We will see you out there!

* Every ticket purchased through official outlets includes your choice of a standard physical or standard digital copy of Hardwired…To Self-Destruct. Fans should expect to receive information from Warner Music Artist Services on how to redeem their albums WITHIN 14 business days after their purchase. Full details of how you can gift the album, should you have already purchased, will be given on the redemption page.