A Man, A Guitar And A Lifetime of Songs: Kris Kristofferson Live At City Winery 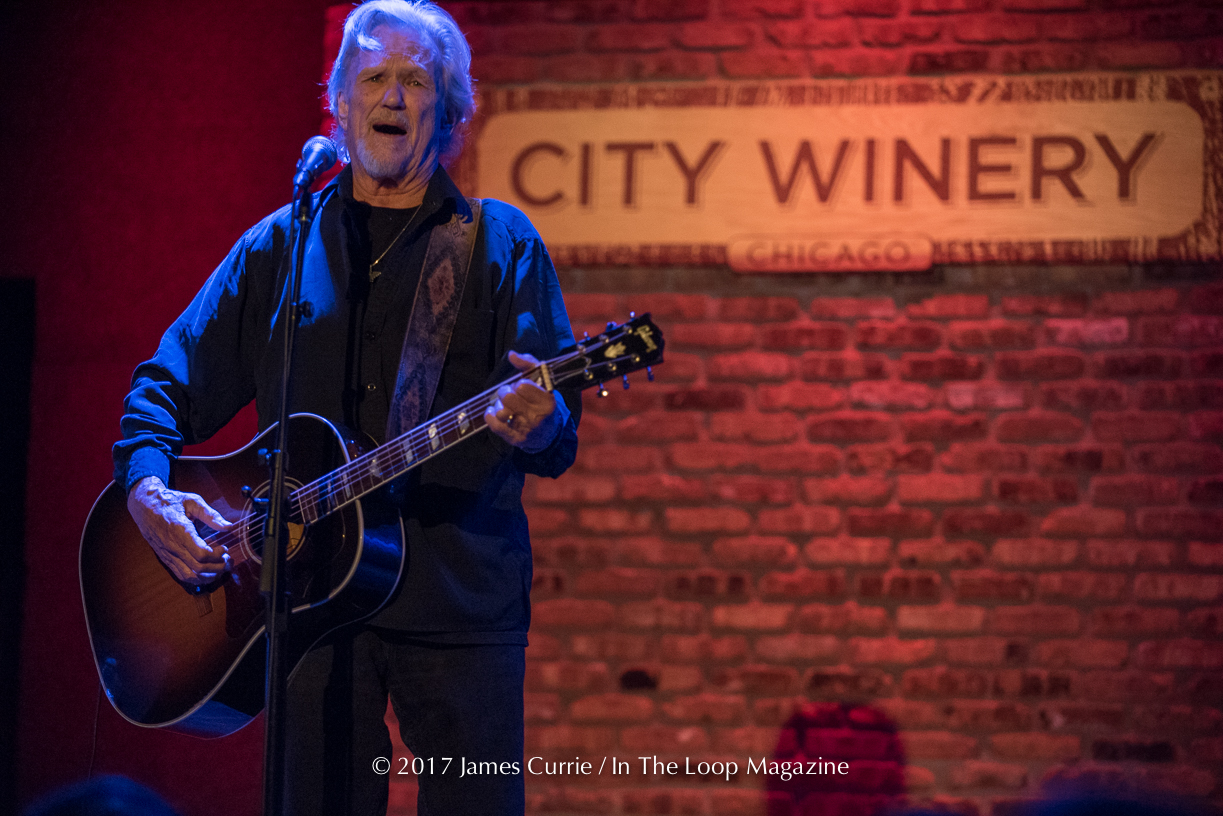 Tonight show continued the Kristofferson tradition of starting on time, playing the hits, keeping the light banter and show going. The night was broken into two sets. The first half filled with most of his hits spanning his incredible career with songs like “Darby’s Castle”, “Me and Bobby McGee” and “Billy Dee”. The second half deeper cuts and ending with fan favorites like, “The Pilgrim”, “Silver Tongue Devil” and “Please Don’t Tell Me How It Ends”. One that he’s ended most of his shows with for years.

Kristofferson, 80, still tours regularly in between acting and his family life. He arrived at the City Winery in his neon bottom lit mega tour bus. No convoy to follow. There’s no band, no effects, no backing tracks, just a man with his guitar and a lifetime of songs.

The Rubber Duck hit the stage promptly at 8PM and played through 28 songs all of which rolled off each other into the next besides his quick witted humor and conversations. His style is loose. The songs are not perfectly performed. He stumbled slightly on a couple. Some lyrics forgotten. At one point he forgot to reattach his harmonica that was needed for the next song, but no one seemed to care. His deep resonant voice crackled slightly but he stood solid as a rock. He connected with the room, not just the front row. He was real. This is a genuine artist that people love and these imperfections are part of the reason why. Seeing him in this environment is like being at a campfire singalong. It’s incredibly personal. The man is the epitome of cool. True old skool swagger.

What a life this Highwayman has lived and continues to do so. Kristofferson, a Texas native, has lived all around the states and has brought those experience with in the form of song. The 2017 tour has brought him from coast to coast again. We’re lucky to have had him three times on this tour alone. This tour is a highly rated one that should not be missed. This is a living legend. A true icon of the arts and entertainment community.

For more on Kris Kristofferson including current album and tour, click here

For photos from the show at City Winery, click here

One thought on “A Man, A Guitar And A Lifetime of Songs: Kris Kristofferson Live At City Winery”