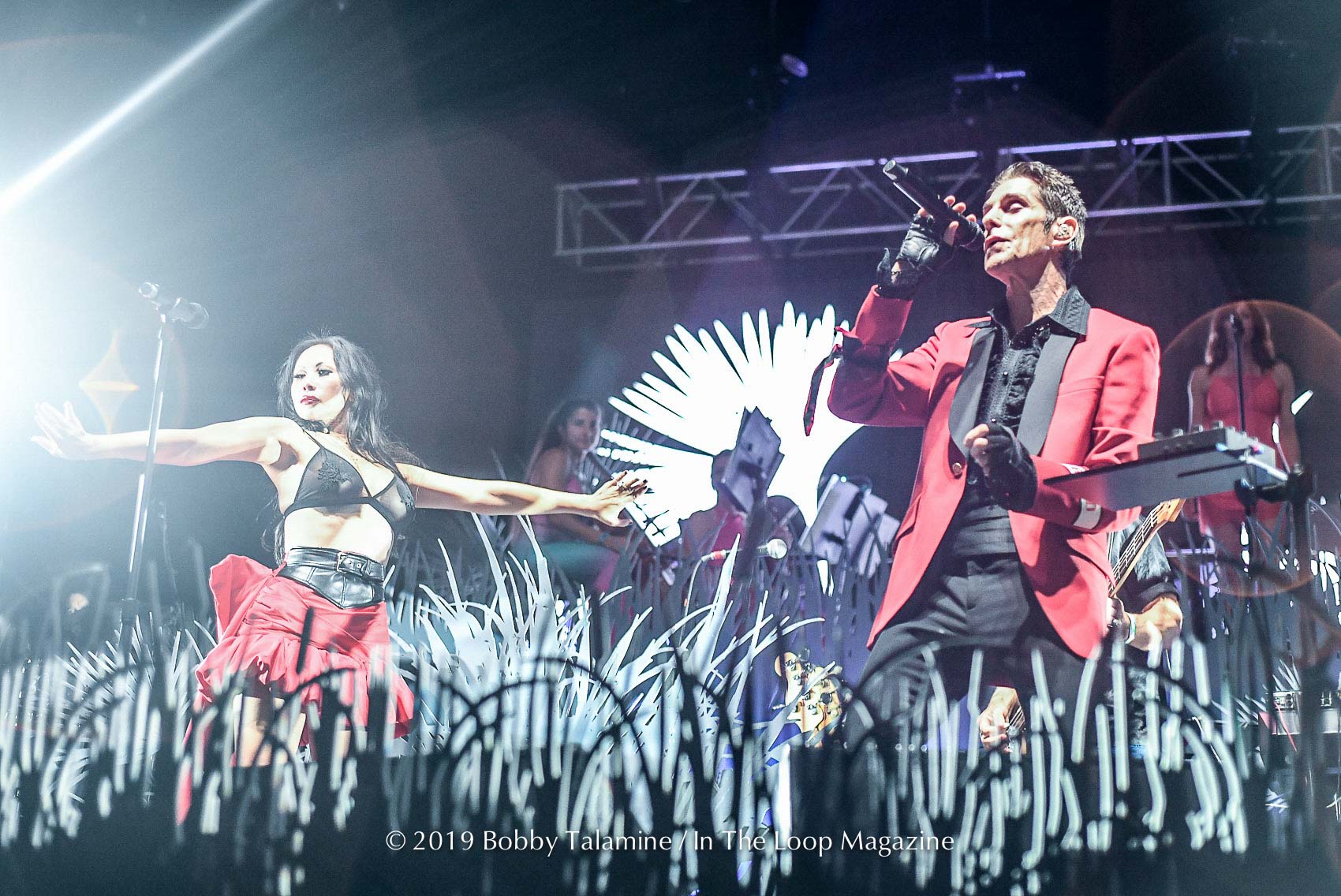 It’s the grass that gives it away. In the many years since Lollapalooza was resurrected in Chicago’s Grant Park, I had read stories of how damaging the festival was to the park’s grass, and in covering the festival these past four days, I saw that gradual destruction firsthand – how the park’s once green, lush spaces were slowly trampled by thousands upon thousands of walking, dancing, standing feet, the green morphing first into a yellow hue consistent with hay, then a brown that recalled a ‘50s western. While I could point to many other details that suggest the toll of the festival – the achy feet and joints, the sunburned skin – it’s the grass that is the most telling sign.

Amidst that transformation, though, was some truly spectacular music, and Lolla’s fourth day spotlighted three artists who have all put their unique stamp on the pop landscape.

The career of Sharon Van Etten has been among the more interesting in recent American music. Initially a folk singer, Van Etten’s sound has grown progressively darker and denser over her decade-long recording career, and those facets were on display during her remarkable Lolla set. Although Van Etten was exceedingly polite with the crowd – she even apologized, at one point, if her voice was not “100 percent,” given she had performed at Lincoln Hall the night before – she nonetheless dominated the stage with a force and charisma that was astonishing. Walking the stage’s length, singing her material with clarity and force, clapping and gesturing in rhythm – Van Etten did not so much command respect as expect it, and her ethos matched her muscular compositions perfectly.

An interesting connection: before Van Etten and her band took the stage, a sample of Portishead’s classic “Biscuit” began playing – it’s obvious in retrospect, but I had not previously connected Van Etten’s newer, darker material with Portishead; at the very least, I now have a dynamic pairing for my next playlist.

Things transitioned to a decidedly more optimistic terrain with the evening’s next pop performer, country star Kacey Musgraves. With her beautiful voice and bright, open compositions that were utterly perfect for the hour – Musgraves took the stage shortly before the sun was obscured by Chicago’s skyline, painting Grant Park in a warm, dreamy gold – there was a sweetness and loveliness to Musgraves set that was a terrific contrast to Van Etten (whose greatest song, for comparison’s sake is titled “Your Love is Killing Me”).

I attended Musgraves set having never heard her songs – I largely live off the grid, and tend to mine the past for musical sounds more than explore the present – yet even with all that ignorance, I found Musgraves voice, bright sound, and engaging stage presence irresistible, and she made a fan out me.

Sunday’s pop trifecta ended on its boldest and most daring note with a triumphant set from Mitski, the rising star whose 2018 album, “Be the Cowboy,” was one of the year’s most acclaimed releases. A craftsman par excellence – most of her tracks barely scratch the two-minute mark – Mitski surged through 14 of her compositions, with her outstanding band adding more muscular foundation to such tracks as “Geyser,” “A Pearl,” and “Nobody.”

But if there was any aspect that defined the performance, it was Mitski’s movements and dance sequences. As detailed in a recent New Yorker profile, Mitski had grown tired of her existing stage persona, and – being the meticulous craftsman that she is – tossed that persona in favor of a new one built around a repetitive series of movements that are more performance art than dance. Using a table and chairs as props, Mitski often followed a two-step sequence when performing her songs: sitting or laying on the table while singing the song’s opening verse and chorus; and then, when the band would work through an instrumental passage, she would break into movement, whether it be kicking her legs in the air, swaying seductively, or moving her arms. It was an effect unlike anything I have ever seen at a pop concert, and the movements – coupled with the relative stillness of her other moments – drove the audience wild.

This being Lollapalooza, there was still plenty of rock, and the genre was well represented by the efforts of The Revivalists and Lolla godfather Perry Farrell.

Beginning with the Revivalists, the New Orleans band’s set was exactly what one would have expected from a group of their caliber: musically adventurous, fluid in genre, and a flat-out good time. With its eight(!) members – including phenomenal pedal steel guitarist Ed Williams, wailing saxophonist Rob Ingraham, and Andrew Campanelli and PJ Howard on drums (the two-drum sound producing a dense percussive sound reminiscent of the original Allman Brothers Band) – the band put 110-percent into each of their songs, livening up the festival’s midday slog and getting everyone ready for more music.

But it was Perry Farrell, and his band Kind Heaven Orchestra, who closed out the festival, and the show proved to be as apt a closing act as there could possibly be – but not in the conventional sense. While the eternally youthful Farrell was as energetic and engaged as one would expect, and the Kind Heaven Orchestra – which includes Chris Chaney of Jane’s Addiction, Matt Chamberlain, Nick Maybury, and Farrell’s wife, Etty Lau Farrell – was professional and precise, it was actually the crowd at the show that provided the perfect sendoff. Lollapalooza is a diverse festival in its audience demographics, yet the audience trends younger; at Farrell’s concert, however, the vast majority of the fans were Baby Boomers like Farrell – folks who came of age in the late ‘80s/early ‘90s and thrived to the sounds of Jane’s Addiction and Porno for Pyros. So while Farrell’s band is called the Kind of Heaven Orchestra, the band’s set, for those fans, represented a musical heaven, and I delighted in watching the fans enthusiastically respond to Farrell’s renditions of “Pets,” “Snakes Have Many Hips,” and “Up the Beach.” And that, ultimately, is the community that only music can create, right?