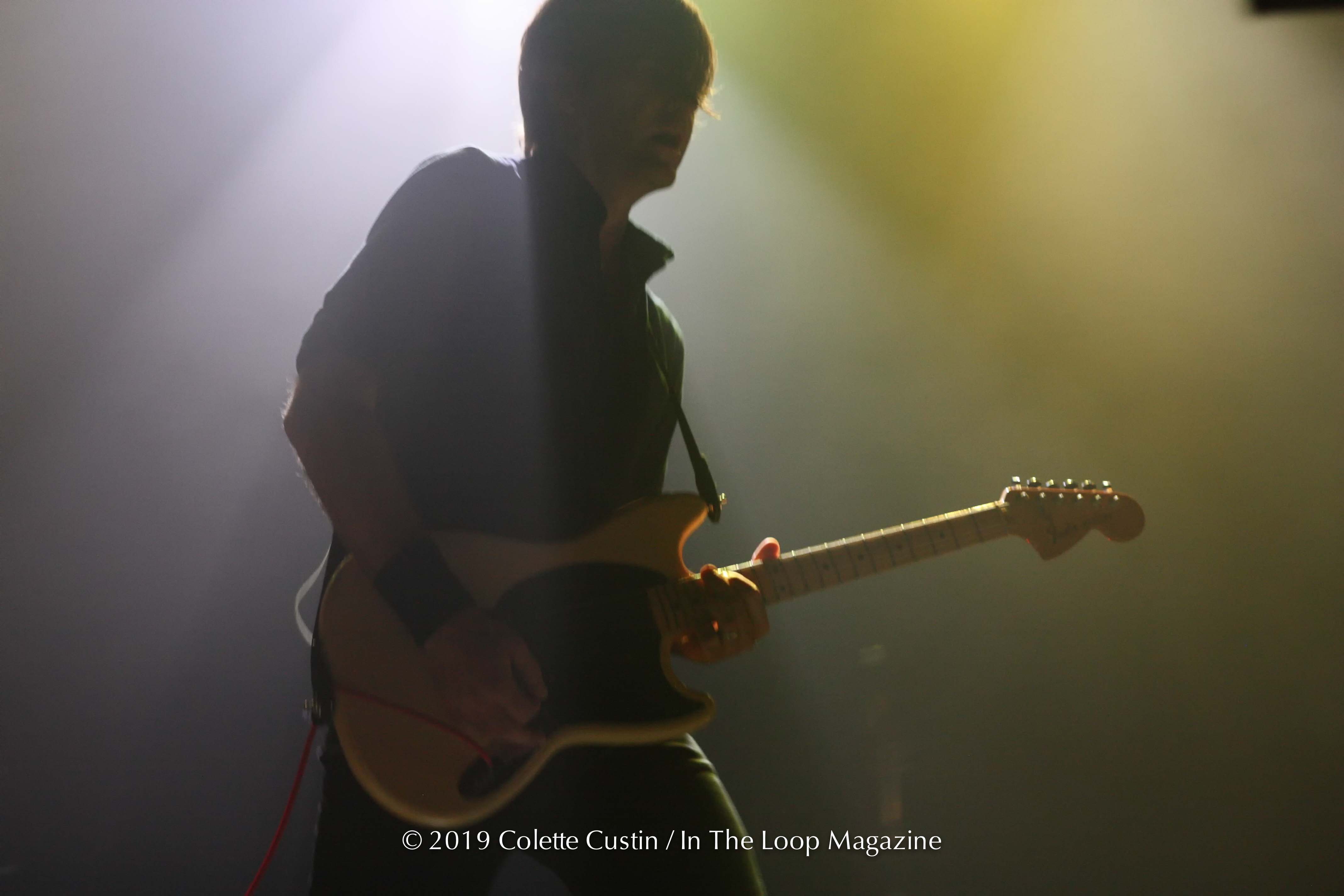 As indie bands who have become bonafide, mainstream successes go, it doesn’t get much more authentic than Death Cab for Cutie, which was why their Lollapalooza after show at Metro was such a rare and thrilling moment for all in attendance on Thursday night.

Ben Gibbard and Co. (bassist Nick Harmer, drummer Jason McGerr, keyboardist/guitarist Dave Depper, and keyboardist Zac Rae) tore through a ninety-minute set that considerably eclipsed their headlining slot at Lollapalooza itself in terms of both scope and depth; the band drew from nearly every album in their catalog and offered a set of both deep cuts and singles.

The widespread success of Death Cab following the release of 2005’s Plans was unexpected for many fans at the time; but now, fifteen years on, the band’s position as one of most entrenched indie-pop bands of all time is cemented, and from the second the band took the stage to the sweeping, emotive refrains of “Marching Bands of Manhattan,” Gibbard cut a rock star’s figure, swaying and working the crowd into a fit under the relentless pulse of strobe lights that lent an air of surreality to the room. It was a night of perfect balance: the thumping pulse of “Gold Rush” blended into the ubiquitous singalong of “Crooked Teeth,” which gave way to the contemplative melancholy of “Photobooth.”

Death Cab’s approach to pop has always been unique; you’d be hard pressed to find a catchier melody than the chorus of “Soul Meets Body” or “I’ll Follow You Into the Dark” (surely the “Just Like Heaven” for all who came of age around the time of Plans), but much of Death Cab’s deepest material resonates when it shrugs off convention in favor of atmosphere and Gibbard’s thoughtful narratives. The slow burn of “60 & Punk” and the slick, ‘80s sheen of “Northern Lights” (both from 2018’s underrated Thank You For Today) fit in beautifully with more experimental pieces like “I Will Possess Your Heart” from 2008’s Narrow Stairs, and the encore focused on tunes from Transatlanticism couldn’t help but call to mind one of Gibbard’s comments early in the show about having played the Metro back in the early 2000s and how good it was to be back. Indeed, the band has gone on to much larger venues since – it doesn’t get much larger than Grant Park during one particular annual event in August. But it was a rare and much appreciated opportunity to get a career retrospective from a band that continues to impress and evolve while staying true to its strengths.

For more on Death Cab For Cutie, click here

For Photos from the Lollapalooza Aftershow at Metro, click here

The Ghosts of Beverly Drive

I Will Possess Your Heart

You Are A Tourist