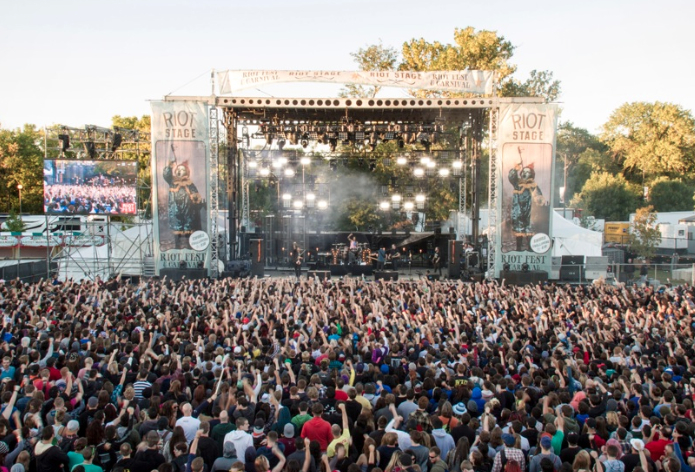 Our friends over at the Chicago Tribune are reporting that St. Anthony Hospital near the festival grounds are trying to stop the organizers for letting the event happen at all.

Read more about it from Gregory Pratt.

A week before Riot Fest is scheduled to open in Douglas Park on the city’s West Side, St. Anthony Hospital has asked a federal judge to block the three-day festival from taking place.

Attorneys for the hospital filed a federal lawsuit and motion for a temporary restraining order against Riot Fest on Friday, alleging that the three-day concert festival would compromise the safety of patients with its “extreme” noise. It would also disrupt the neighborhood and cause congestion, the lawsuit said.

But Chris Mather, a spokeswoman for Riot Fest, in a Saturday statement criticized the hospital’s lawsuit, saying “attorneys for St. Anthony stated that they would file a lawsuit to seek to stop the festival unless the hospital was paid $158,000.”

A hospital spokeswoman denied the allegation. “We are not going to resort to name-calling and mudslinging. However, Riot Fest is lying, plain and simple,” said Kathryn Grosso.

Mather said Riot Fest had worked with the hospital to address its concerns and had agreed to change the entrances to the festival and stage locations to accommodate the hospital.

“Based on the work and cooperation with St. Anthony’s Hospital, community representatives and Aldermen Cardenas, Scott and Ervin, Riot Fest was granted all required permits and approvals from the City (of) Chicago and the various offices and departments involved in the permitting process,” Mather said.

“Saint Anthony’s reached out many times to the organizers of Riot Fest to voice their concerns, and Riot Fest made promises that they would abate the noise. Those promises were broken,” Grosso said.

The hospital’s lawsuit points out that St. Anthony Hospital is in a legal quiet zone by city ordinance and said, “The bottom line is that Saint Anthony’s patients will not be able to peacefully heal when being forced to listen to heavy metal, rap, and rock music blaring from stacked amplifiers just a few hundred feet away.”

For the hospital, the petition for a restraining order was “not only a necessary action at this time, but a life-saving one,” Grosso said.

Mather said the festival, scheduled for Sept. 11-13, will bring 1,000 jobs for local residents, millions of dollars to the city and “the ability to attract visitors to a part of the city that does not often attract such tourism.”

She said St. Anthony officials are using the festival for “ulterior motives.”

Riot Fest moved to Douglas Park after Ald. Roberto Maldonado, 26th, opposed its return to Humboldt Park due to damage and disruption caused by the festival.