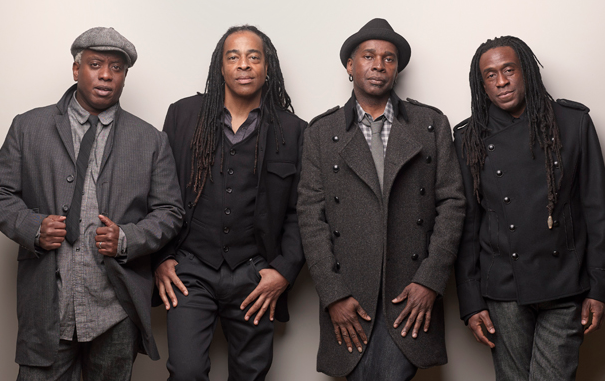 Living Colour’s first appearance at Ribfest is a must-hear for music fans, says co-chair Sandy Rocush. “Their sound is influenced by heavy metal, funk, jazz, hip hop, punk, and alternative rock, and their lyrics are complex and compelling.” Vernon Reid, the group’s founder, Pete Paulsen offers, is “acknowledged as one of the most creative guitarists in modern rock.”

For more than thirty years, the members of Living Colour have created, recorded and performed their own brand of heavy rock that draws as much inspiration from yesteryear soul men and rock gods as they do from post-bop jazz and boulevard shaking hip-hop. Founded by guitarist Vernon Reid back when he was still a dreadlocked sideman with Ronald Shannon Jackson and other East Village noise ensembles, Living Colour includes vocalist Corey Glover, drummer Will Calhoun and bassist Doug Wimbish.

Vernon Reid, the group’s founder and guitarist, muses, “To me, there seems to be a shadow cast across our collective lives. We can either allow it to oppress us or we can shine a light on it,” concludes Reid. “‘Shade’, our album released in 2018, is the sound of a band coming to terms with the shadows and shining a light by using the blues as a mirror.”