Literally Back From The Dead, Venom Inc Rally The Masses In Chicago 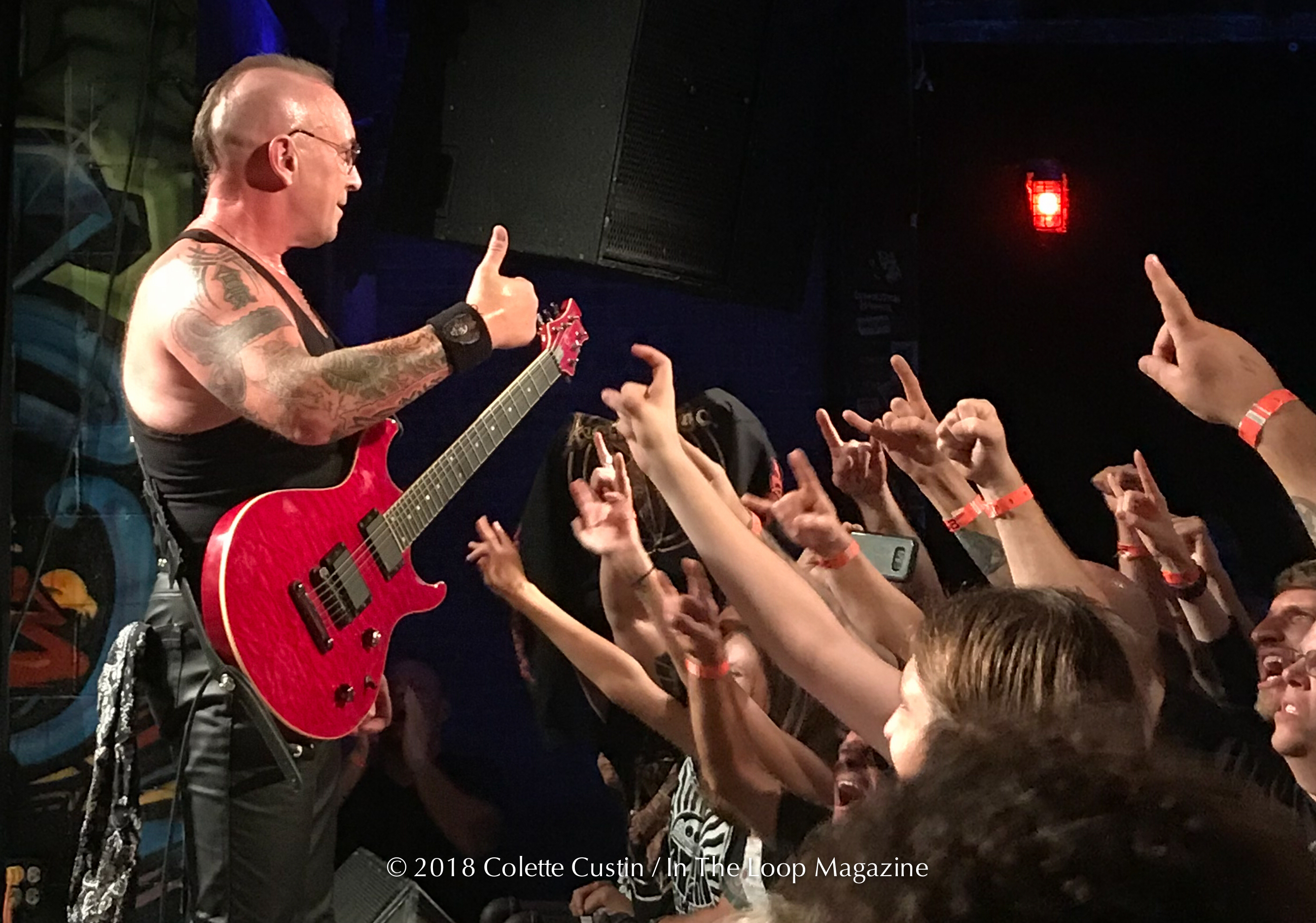 Venom Inc. dropped an atomic bomb of black thrash metal at Reggie’s in Chicago this Friday, the opening date to a quick hit-and-run of headlining shows before they head out on the road with Danzig this fall. And by halfway through the show, every member of the rabid crowd knew how lucky they were to be there.

13 weeks prior to the day, guitarist/Venom founder Jeff “Mantas” Dunn suffered a fatal heart attack near his home in Portugal – and yes, you read that right; had doctors not worked their magic and brought him back, the Venom family would be in a very different place. For the duration of the ninety minute set that hit on Venom classics old and new, Dunn was smiles, wicked sneers, and appreciation, and for fans, it was as emotionally charged a show as it was visceral; witnessing one of the most influential guitarists in heavy metal storm the stage with such fury and intensity after such a life-altering event was something to see.

Addressing the crowd as the band launched into “Black Metal,” Dunn rallied the moshing masses. “Music is the most universal thing that brings us and keeps us together,” he shouted, “and we can never lose that!” And indeed, the three men on stage sounded like an army who took not a moment for granted. Bassist/vocalist Tony “Demolition Man” Dolan is the ultimate MC, snarling and rallying the crowd to ever-greater frenzy (the mosh pit took up nearly the entire floor of Reggie’s) and new drummer Jeramie Kling, an underrated octopus if ever there was one, proven by his breaking a snare drum just prior to the encore. While the sudden dismissal of founding drummer Abaddon earlier this year may have been jarring to long-time fans, as a live unit the band is no worse for it; if anything, the second leg of the tour in support of last year’s stellar ‘comeback’ album Ave is already a savage outing. “Countess Bathory,” “Welcome to Hell,” and “Bloodlust” became rousing singalongs, and some deep cuts (“In League With Satan” and “Lady Lust,” both surprising and welcome entries to the set) fit in tightly with some choice selections from 1989’s Prime Evil (Dolan’s first Venom outing and one of their all-time best).

Opener “Metal We Bleed,” one of Ave’s best and most brutal tracks, quickly set the tone for the evening. “Open wide the gates of Hell,” Dolan sang, and when the crowd returned “metal we bleed!” in full unison, it was impossible for Dolan and Dunn to not share a smile. And who could blame them? The mighty Mantas is still with us against all odds, the addition of Kling to the lineup has brought added power, and Dolan remains a stalwart metal titan of the first order.

The devil’s work is, clearly, far from done.

Blackened Are the Priests

Leave Me In Hell

In League With Satan