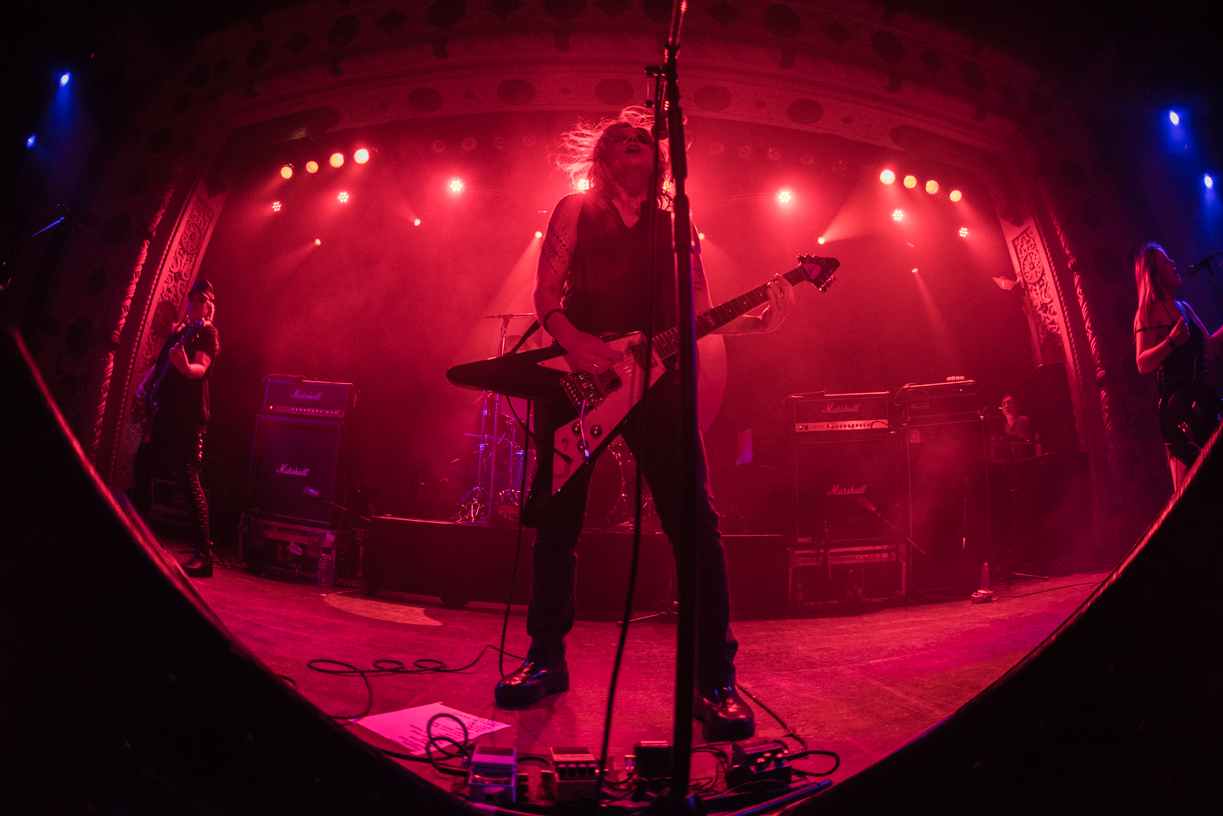 L7 made a rare appearance this weekend at Chicago’s Metro. This was one of only a hand full of US shows and proved to be a winner for all as they schooled the fans of the historic hall.

This marks the return of the grrrrrl rockers to Chicago after their much anticipated return when they played Riot Fest last year. Again, another great success as the fans at their stage seemed to outnumber many others that day.

At this show, we got an up close and personal performance from Donita, Suzi, Jennifer and Demetra as they ripped through an hour and a half of their classics. We got almost 20 songs from L7 that spanned their entire career.

The show started right on time at 9PM with Deathwish. They kept it going with Andreas followed by Everglade. In between songs, Sparks, Finch and Gardner let the fans know they appreciate them being there as well as how much fun their having. They talked about going out to Chicago’s south side during their visit and welcoming one of their own home as both Donita Sparks and Demetra Plakas were both born and raised here.

The band seemed extra energized that night. Donita Sparks living up to her name and reputation as a madwoman. She whips around on stage with her flying v guitar like the scrambler ride at the fairgrounds. You could tell she was having a good night. Smiles from ear to ear and constant banter with the audience. Jennifer Finch was on a high as well as she just celebrated a milestone birthday (and sported a killer Misfits bass guitar). Sparks announced that she just hit 5o years old (the baby in the band) and shows no signs of slowing down. Sparks then made reference to the SNL Molly Shannon character, the 50 year old lady, with statements like, “I Kick” “I Stretch” “I Live because I’m 50!” To which Finch took it all in stride. Suzi Gardner kept it cool, as she always has. Taking command of her side of the stage and shredding through the classics along side Sparks as well as trading lyrics off with the band. Demetra Plakas holds it all together behind the skins and tins. She appeared to be in her own little world back there out of site from most doing what she does best. Beating the drums while throwing out a smile or two to her bands mates and fans.

L7 are as tight as they’ve ever been. This just proves again that age is just a number. The showman ship equals the talent. These ladies are not only keeping the ol fans satisfied, but making new ones along the way. There is a reason so many younger bands refer to them as an influence. Tonight proved why. They fucking ROCK.

Rumor has it this might be the last tour for the band. An onsite representative made comment that L7 will be retiring after this tour. Let’s hope this isn’t true. We’ll be watching and let you know if it happens.

For more on the band, current tour and history, click here