ITLM OTRS Presents: Ministry, The Final Stop Of Amerikkkant Tour At The Fonda Featuring Special Guest And A Classic No One Expected 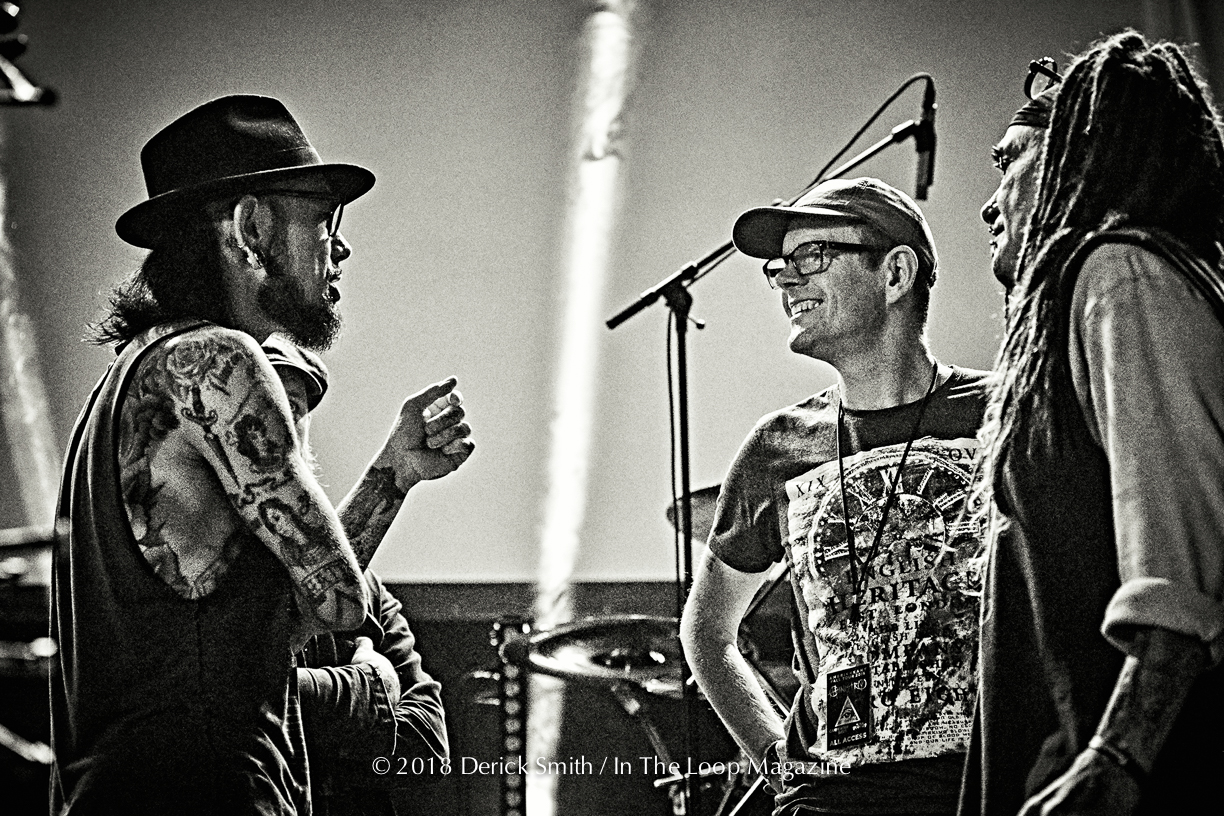 In The Loop Magazine, On The Road Series Presents: Ministry: Amerikkkant Tour Wraps Up At The Fonda In Los Angeles, CA

Ministry have been a juggernaut of a band this past year. Al Jourgensen and Co. released Amerikkant and toured relentlessly in support of it throughout most of 2018. All that came to a close this week as they performed a two-night stint at The Fonda in Hollywood.

Earlier this year, Ministry released what most have considered their best record in over a decade. Amerikkkant was thought provoking, topical, politically charged and just fucking rocked. It was multilayered with a technically advanced tracks that included traditional Ministry sounds like heavy guitars and vocal effects that can only be described as “The Jourgensen Sound”, but also introduced new and updated clips that included a cello, heavy DJ scratching and new effects that really put it all over the top as a stand out Industrial Metal album of the year. As great as the album sounds on digital format, the live sound is 10 times better as the ongoing tour and final show proved it.

Ministry wrapped it all up in their adopted new home town. Los Angeles has been Jourgensen’s home since leaving El Paso and Chicago before that. It appears to have been a good move for him as he seems refreshed and full of life again. The latest group, which has been in flux for several years, has really gelled. This line up has been playing live together for a couple years now and I have to say is the best line up since the mid nineties. Jourgensen has his regulars and key members like Bechdel and Sin and in and out member Tony Campos, but since about 2015 introduced relatively unknowns that have been like finding gold. The addition of guitarist Cesar Soto and drummer Derek Abrams has really been key to rounding out the sound. Hearing them all live together is where they shine bright.

During the two nights at The Fonda, the place really lit up. You could feel the energy and excitement from the band and the fans. It all seemed extra charged. Maybe it was because of all the pre-show chatter about what special guests would appear, but that would just be icing on the cake. Each night started like the rest of the Fall 2018 tour, Ministry playing the album, Amerikkkant in its entirety. And this is an album that should be heard live just like this. It will most likely never happen again. To witness it live must be what it was like to have seen the legendary In Case You Didn’t Feel Like Showing Up Live tour back in the day. Hell, even “the fence” made an appearance in digital form as it showed up from time to time as a projection giving a ghostly appearance of a fence wall covering the band.

The stage was set with TV’s on the side and strewn around, projection in the center and dark, ominous lighting and strobes to set the tone. Jourgensen revealed a new mic stand this tour in the form of a cross pulpit from which he preached. The live audio was mixed perfectly.

They played through the album and took a short break to come back with what the fans really love, the classic hits. Some songs that haven’t been played for decades live like “The Land of Rape and Honey” and the final encore of the night.

The highlights of each night included special guest Chris Connelly joining the band for “So What” and something I don’t think anyone was prepared for, Dave Navarro (Jane’s Addiction) and Dan Cleary stepping out to do an acoustic version of “Every Day Is Halloween”. While this was performed on Navarro’s podcast show a few weeks early, no one would have guest it would actually happen live on stage in front of Ministry fans at a Ministry show, but it did. And it was glorious. Jourgensen made comment about this before hand saying “Breakout the cappuccino’s and marijuana because we’re going to give you a little cafeteria style, Every Day Is Halloween.” After which Navarro, Cleary, Connelly and others came out and sat down and started to play a stripped down version of the forbidden era Ministry classic – bop, bop m boppin’ through it all. As you can imagine, the crowd went nuts.

Ministry have retired the Amerikkkant tour. This is the last time to hear that album live in that way. It may be the last time we hear many of those classic Ministry tunes live as well as Jourgensen has said many times he’s just tired of playing them. He’s always been a forward thinking musician. He doesn’t like to repeat things exactly as they were and to his credit, finding new ways to stay relevant and fresh.

It’s hard to believe that a few years back Jourgensen announced that Ministry would be over. After the death of his longtime band mate and close friend Mike Scaccia, Ministry was supposed to be shelved and in the books. And at that point, we all could have kind of agree with it. It was the end of an era. He thought he’d said and done it all, but luckily he was wrong. After some deep thought, coming to conclusions with his divorce, finalizing a former record label deal and kicking the habit on a few bad vices, he’s back and seemingly revitalized in all aspects. He’s mending relationships and creating new and meaningful music. Things are good on the Ministry front.

So, what does this mean for 2019 and beyond? Will we hear something completely different again from Ministry? It seems Jourgensen does his best work while a Republican is in office. After all, we still have a couple of Trump years left. Will we get a RevCo reunion? Will other classic Ministry members to join in (we’re looking at you Mr. Barker)? Time will tell but according to Jourgensen, he’s ready for a well earned break as he settles into southern California. He has also said he’s got a new studio and itching to get back recording when he’s rested and promises something new as soon as the end of next year. Let’s hope life in L.A. keeps working in his favor and we get something even more incredible for 2019.