Intimate Sold Out Performance By Dr Dog At Thalia Hall 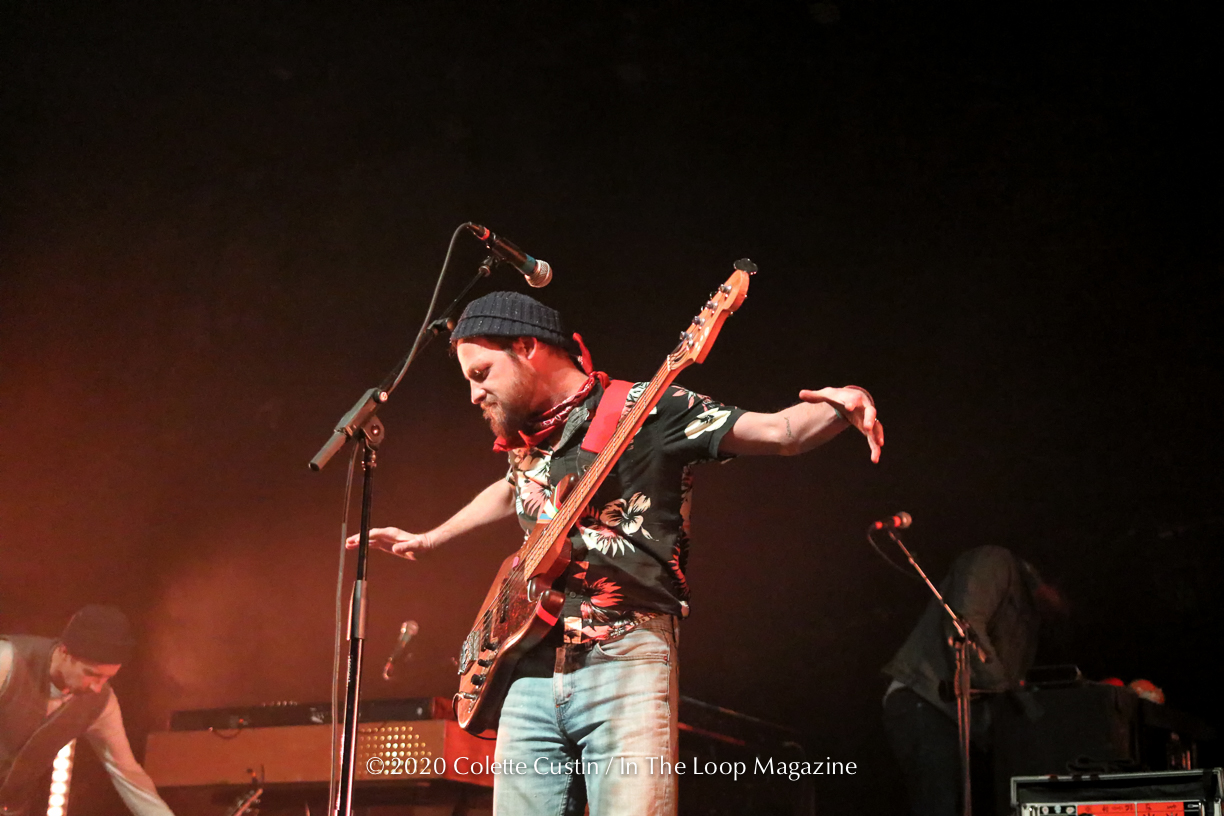 Philadelphia’s Dr. Dog stopped by Chicago for a triumphant, sold-out two night stand at Thalia Hall in support of their most recent album, 2018’s Critical Equation, bringing with them a magic bag of musical styles and a jubilant performance that shrank the room in terms of intimacy.

Critical Equation marked a significant step in the band’s evolution, coming on the heels of a two-year hiatus that brought a nine-album run to an uncertain halt. To a greater extent than even on record, Dr. Dog’s live show is hard to define, as the band’s mash of styles keeps things exciting as well as unpredictable. Blending styles can be a dicey prospect, but when a band has chemistry, a band has chemistry, and Dr. Dog’s chemistry runs deep – their arrangements walk a line connecting pop, folk, psychedelia in a way that most bands don’t attempt: a truly genre-less band reliant upon musicianship and stylistic gymnastics. “Worst Trip” offered a bouncy take on a Motown beat filtered through a wild jam that called to mind the New York Dolls, and “Can We Dance” from last year’s Critical 7” called to mind the kind of playful lyrical approach that Okkervil River have turned into their modus operandi. The quintet, particularly the interplay between bassist/vocalist Toby Leaman and instrumentalist/vocalist Scott McMicken, was a well-oiled machine throughout the night.

Which is not to say that the musicianship gets in the way of hooks. Songs like “That Old Black Hole” with its singalong coda and “Bring My Baby Back” with its simple, soulful refrain were balanced nicely between more introspective pieces like “I Only Wear Blue” and “Buzzing in the Light,” and the jangly melancholy of “Shadow People” from 2010’s Shame, Shame locked the crowd in early for a varied, career-spanning setlist (which differed entirely between the two nights, a welcome feat for any band).

Dr. Dog’s 2018 return was a welcome one, and if Critical Equation is any indication, the band still has considerable fuel in the tank. Their Chicago performances showcased a band in total control and having fun with their craft while still making a case for bending and blending styles however you want, rulebook be damned.

The Rabbit, The Bat, and The Reindeer

Bring My Baby Back

I Only Wear Blue

Fire on My Back

Buzzing in the Light

Where’d All the Time Go?

Dr Dog @ Thalia Hall BROTHERS OF A FEATHER, AN ACOUSTIC EVENING WITH CHRIS AND RICH ROBINSON OF THE BLACK CROWES