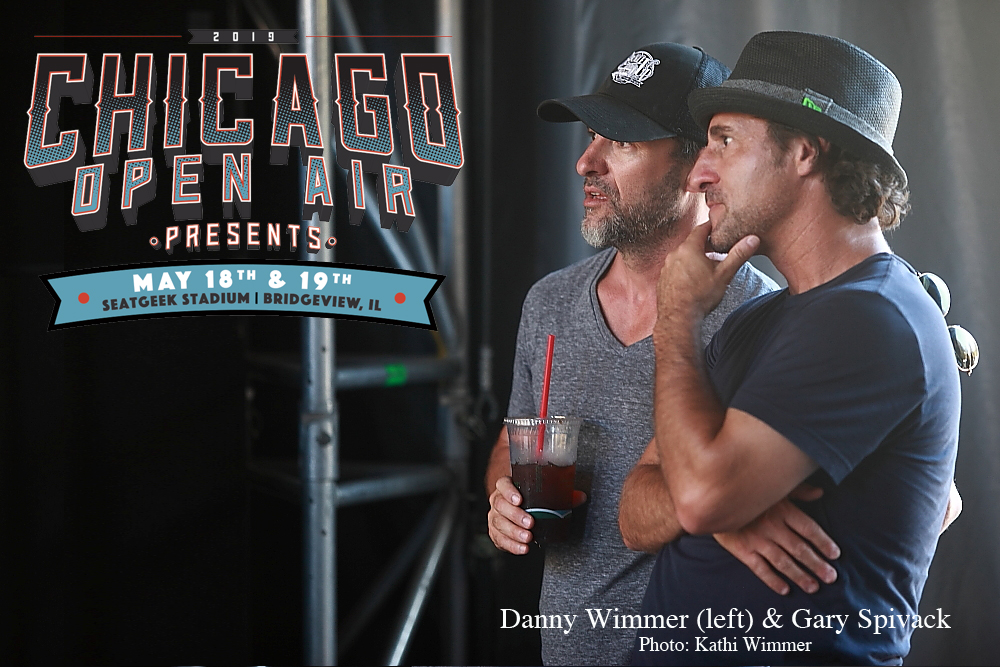 Attention, metalheads of the Internet: Chicago Open Air is only two weeks away from kicking your collective asses.

The Chicago-based metalfest, now in its third year, underwent some changes after taking a break in 2018—a break that had many previous attendees concerned for the future of COA. But in an interview with In the Loop, Gary Spivack (Senior Vice President of Talent Booking at Danny Wimmer Presents), noted that the high bar set by the first two years as well as Chicago’s concert scene in general were the causes for hiatus—as well as the impetus for this year’s lineup.

In the Loop (Christopher David): What were some of the challenges in bringing back Chicago Open Air in 2019, after having taken a year off?

Gary Spivack: Chicago is a crowded space—you have Lollapalooza, Pitchfork, outdoor venues, many great venues—Metro, the Vic Theater—and you also have Wrigley Field! So if you’re going to come to Chicago and do a multi-band event, you have to come correct. We felt this year, to bring it back with Tool and System of a Down, that’s the way to swing it in Chicago.

ITL: Great headliners, for sure. How did you go about selecting bands?

GS: We knew we couldn’t half-ass it, and to have two giants like Tool and System Of A Down, two anchors like those headliners, plus Ghost, Meshuggah…unfortunately, we lost Keith earlier this year (Keith Flint of The Prodigy, who passed away in March of this year. – Ed. note) and The Prodigy, but replacing them with The Cult, having Beartooth, and Code Orange…we feel like we have a major-league, A-level weekend of hard rock and metal that I think everybody can be proud of.

ITL: Those are indeed huge anchors! It’s interesting that you bring up Wrigley, as it’s only been about ten years since that became a huge concert house, and since then, it’s been gangbusters.

GS: Without a doubt. When you have Pearl Jam selling out weekends, Foo Fighters, James Taylor, Paul McCartney, it is competition, you are competing with that, as well as other outdoor events like Riot Fest and Lollapalooza.

ITL: Speaking specifically of venues, how did you initially end up selecting Bridgeport for Chicago Open Air, as opposed to a large outdoor space in Chicago proper? It brought a lot of positive attention to that venue and that area, and I think a lot of concertgoers weren’t aware that it even existed.

GS: We’ve had a lot of success in soccer stadiums around the country before, including Columbus, Ohio, of course, and we love the feel of those places. It’s a boring ‘shed’ (amphitheater) with reserved lawn seating and all that, but it’s also not a football stadium, you can put your arms around it. It’s big, but it’s intimate.

ITL: It’s a perfect size for COA, I have to say.

GS: Exactly—great venue, great parking, things in the area for secondary entertainment—we’re very happy there, and I’m surprised there aren’t more shows there!

ITL: I am, too, to be honest, and hopefully, that will change. With regard to staging a metal fest, it’s interesting that, just this morning, I read an article about TuneCore, and how their analytics have determined that metal is the fastest growing genre in all of music. You’ve been great at really bringing in a lot of independent metal bands to COA in the past—will that trend continue into the future?

GS: I’m not surprised to hear that, and yeah, the thing with Chicago, we have to do it right, and we’re not just going to put on a show to put on a show. Yes, we are absolutely looking into the future, but of course, that will be talent-dependent. We approach it from the standpoint that every slot on the bill matters.

ITL: Metal’s always been such a grassroots genre, and to that end, do you see a difference in the kinds of crowds or fans for something so genre-specific, as opposed to something more open-ended in terms of style, like Rock On the Range or something of that nature?

GS: Not as much as you would think. With Chicago, there are so many different types of festivals, you have to really pick a lane, so curation-wise, we wanted to approach it differently than we’d apply throughout the country for larger fests. With the fans, it does feel like a wider spectrum, and maybe that means we’re turning them on to new things, which is great.

ITL: So, who’s in your wishlist now, for the future?

GS: Rage Against the Machine. Without a doubt, and maybe 2020 will call them back. It’s a shame and crime if Rage isn’t an active band in 2020, for their righteousness.

ITL: And who are you most excited to see this year?

GS: System Of A Down are only doing two shows this year in America, and if there was a roof over this stadium, they’d tear it off. But to close the event with Tool, knowing it will be so majestic, heady, and intense. Two very different bands, but it’ll be beautiful chaos.

ITL: Well, we’re all looking forward to it, and as a big metal fan in Chicago, I just want to say thank you so much for bringing this event here and giving us so much great music over these last few years.

GS: Without you guys, the fans, the media, the whole metal community, we’re nothing, all cliches aside. Thank you for supporting it!

For photos from past years of Chicago Open Air Presents, click here