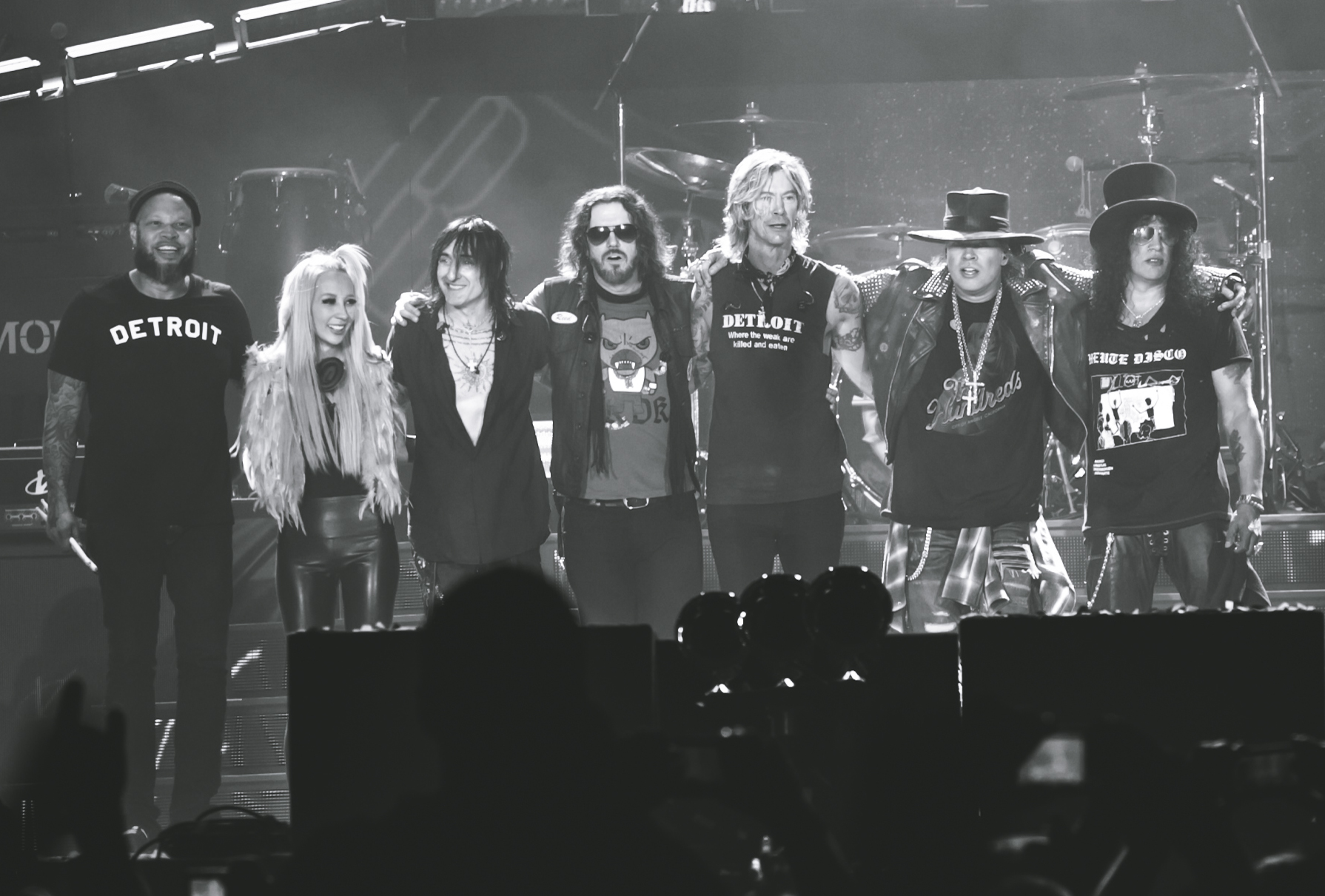 Next Friday July 1st and Sunday July 3rd, Axl, Slash and the boys will bring that energy to Chicago’s own Wrigley Field. The 2 day sold out event will be the first time the band has played Chicago in it’s original form since the mid 90’s!

Looks like we’re in for a real treat as the set list from the first show brings out all the hits from their beginning through the most recent, Chinese Democracy.

Here is what we know about the tour and what should be coming through town next week.

Guns N’ Roses took more than 40,000 fans to Paradise City last night as the legendary band rocked Ford Field in Detroit, Mich. during their 2.5 hour show that kicked off their historic Not In This Lifetime Tour. Following a blistering rock performance from the acclaimed Alice In Chains, Guns N’ Roses took the stage to perform two dozen songs spanning their multi-platinum selling career including “Welcome to the Jungle,” “Chinese Democracy” and “Civil War.” A full set list is below.

You Can’t Put Your Arms Around A Memory (Johnny Thunders)

Raw Power  (Iggy and The Stooges)

Jam (Wish You Were Here/Pink Floyd)

The Seeker  (The Who)

The tour continues on Sunday, June 26 in Washington, DC at FEDEXFIELD and then move on to another 19 cities throughout North America. Alice In Chains will also perform on the tour on shows scheduled from June 26 thru July 3 while Lenny Kravitz will join the line-up from July 19 thru July 24. Grammy Award®-winner Chris Stapleton will join the tour for the Nashville show on Saturday, July 9, acclaimed Canadian rock band, Billy Talent, will perform in Toronto on Saturday, July 16, The Cult, one of the most influential and controversial rock bands of the late 20th century will join the tour on July 27 (Atlanta), 29 (Orlando) & 31 (New Orleans) and Tuesday, August 3 in Dallas while multiple-Grammy Award winner, Skrillex, is set to join the tour on August 5 in Houston.

Demand for tickets to the Not In This Lifetime Tour continue at an unprecedented pace as additional shows were recently announced including Chicago (July 3), Boston (July 20), New York City (July 24) and two brand new dates in Los Angeles (August 18 & 19).

GUNS N’ ROSES NOT IN THIS LIFETIME TOUR

All dates, cities and venues below subject to change.