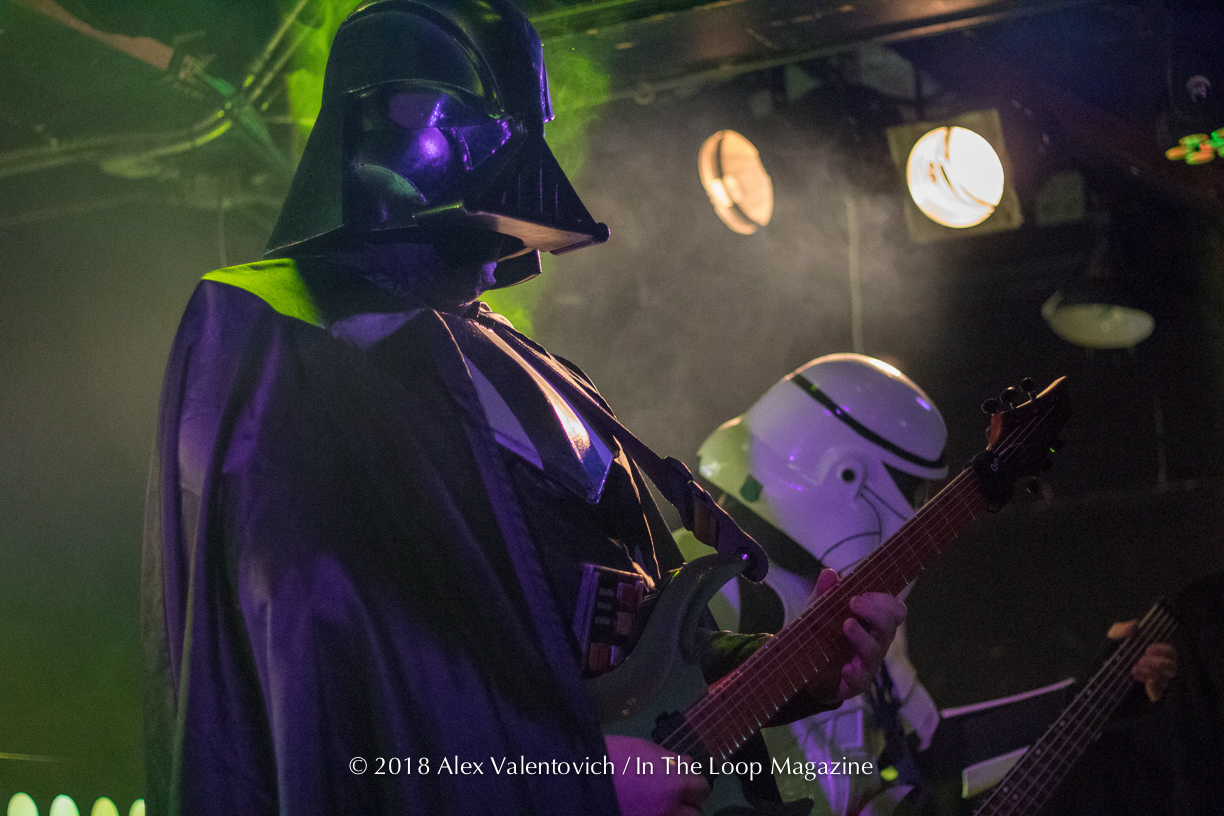 Coming through the crowd to cheers, Galactic Empire immediately impresses by playing heavier instrumental versions of Star Wars songs. Past that though for songs that aren’t widely known or recognizable you also notice that the band can shred and jam at ease. Between songs though being treated to skits and jokes played in character adds another depth to the show and keeps it moving.