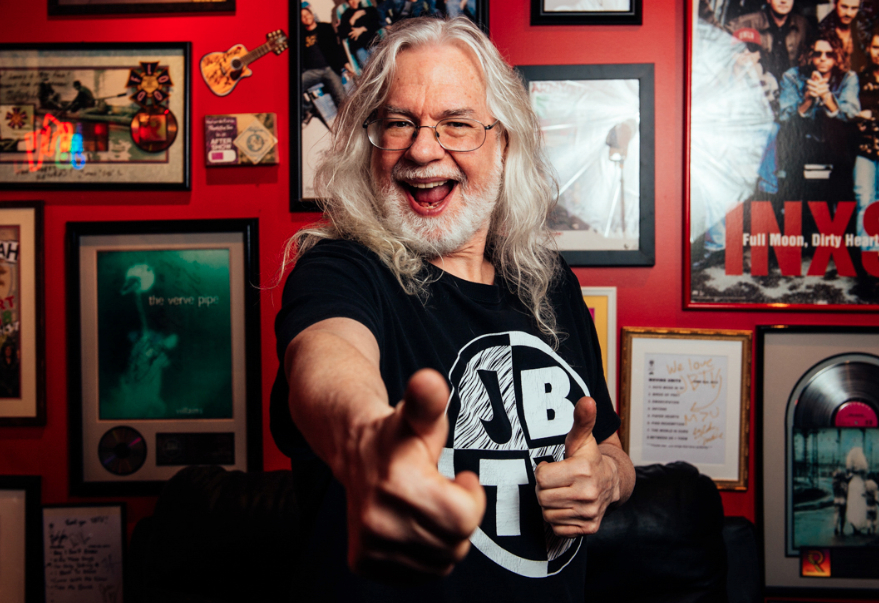 Hey Chicago! Need to get a music TV fix with in the studio performances of your favorite bands new and old? How about catching a music video (remember those) from today’s underground artists? Or maybe listen in on an interview with a band you never knew you liked until now? Well, we all have one man to thank for making this possible.

Jerry Bryant is the creator, host and all around genius behind Chicago’s longest running music television program called, JBTV. If you haven’t heard of it, you must be new to the city or living under a rock. But no fear. There’s a way to catch it all and now, anytime.

JBTV has gone 24 hours a day, 7 days a week over the air and online. You can tune in at any point and see classic JBTV clips like Jerry interviewing Joey Ramone from the Ramones, or catch WAVVES playing live on the JBTV studio stage online at JBTV.com or over the air at channel 24.7.

They offer quite a bit for music fans at JBTV. If you really want to get involved, you can be a part of the show! From time to time, they offer in studio appearances where you can get a spot to be a studio audience member and watch a actual live show to be taped for future shows.

Here’s a little more about JBTV and Jerry Bryant if you don’t know already.

JBTV has twice garnered the coveted Billboard Music Video Award for ´Best Local/Regional Alternative Modern Rock Show´ and multiple Emmy Awards for production. Jerry Bryant has continuously hosted many of the biggest names in modern rock history, including Joey Ramone, Green Day, Billy Corgan, Moby, No Doubt, Pearl Jam, Henry Rollins, and too many others to name, JBTV has become one of the longest-running sources for live performance music videos in the nation and legendary example of Chicago’s proud tradition of music programming.

We’re so lucky to have such a great resource like JBTV right here in Chicago. It’s almost unheard of to see and hear music videos anymore. The days of MTV being music television may be gone, but thanks to Jerry Bryant and his team we can still keep, in the loop, on music that matters. From the windy city and beyond. Thanks Jerry!

Here are a few places you can catch JBTV right now.

You can also catch JBTV over the air through free antenna TV.

For more info on JBTV, Jerry Bryant and attending a taping for a show, click here